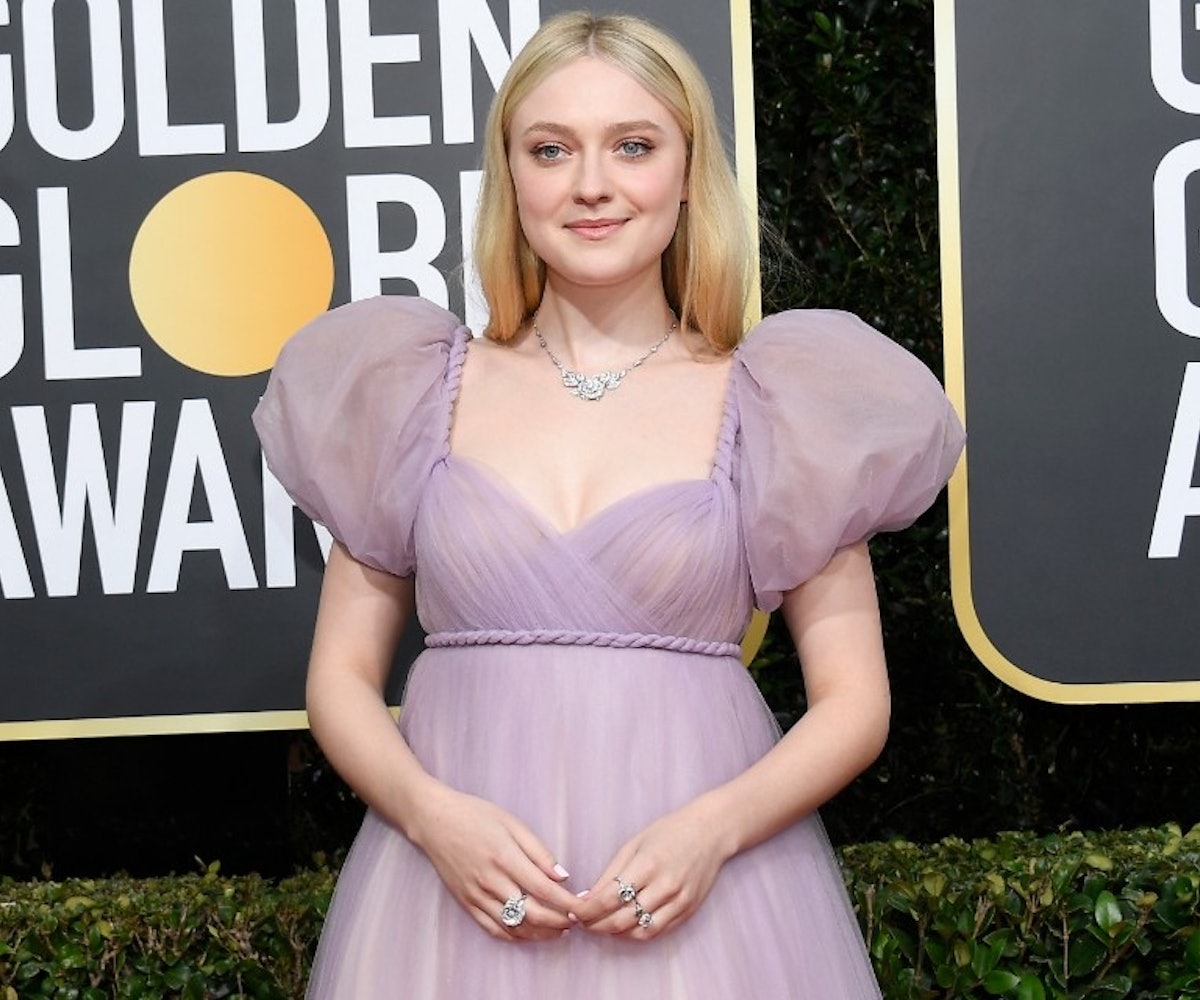 True crime and fashion are coming together with a little help from Dakota Fanning. On Monday, the actress was announced to be executive producer and narrator of the new series Last Looks on upcoming mobile streaming platform Quibi from Refinery29 Originals, focusing on true crime stories surrounding the fashion industry.

The neo-noir-inspired show will focus on six real-life figures and their role surrounding each crime, and will include in-depth interviews, as well as recreations.

Last Looks won't be the first time Fanning has tackled a fashion project for film. In 2018, she made her directorial debut on a short film for Miu Miu called Hello Apartment. In an interview for Net-a-Porter, she discussed overcoming her fear of working behind the camera while creating the project.

"I sent Mrs. Prada the script. She read it and wrote me a lovely note about how she couldn't wait [to see the finished short film]. I was so scared. It was a two-day shoot and I remember I got home at the end of the first day and looked at my boyfriend and said, 'I do not want to go back.' I woke up that next morning and felt like I'd drunk three bottles of wine the night before. I was riddled [with anxiety]," she said. "Then, of course, on the second day, I felt a little better and I was like, OK, if I was working for eight weeks, I can imagine each day would bring me a little more confidence. In the end, I've never felt more pride for something. I do want to direct a film one day."

Quibi will officially launch on April 6.