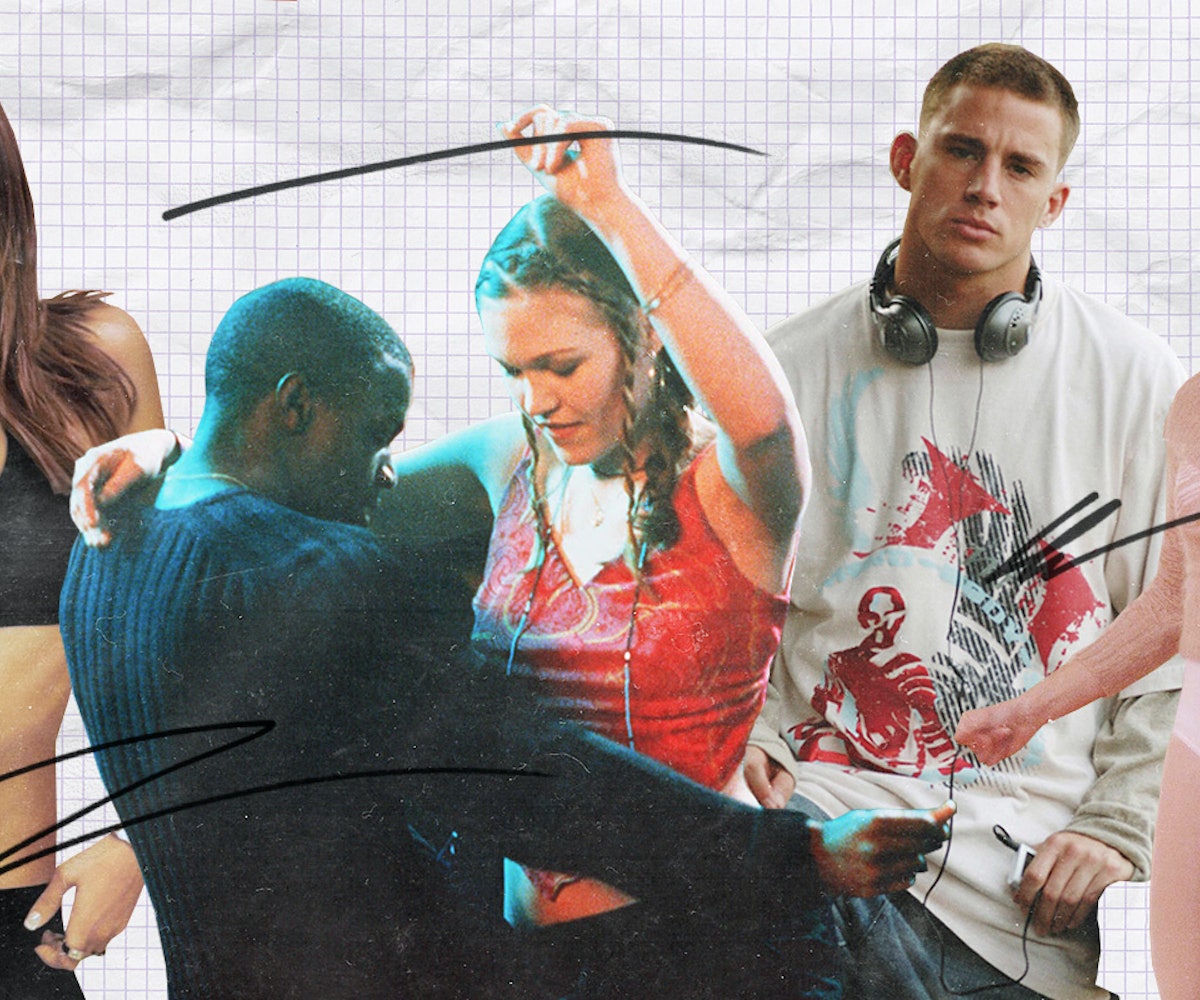 For almost as long as film itself has existed, dance films have been a form of cinematic escapism. From the "let's put on a show" panache and trippy choreography of '30s Busby Berkeley numbers to the delightful duo of Fred Astaire and Ginger Rogers to the Technicolor splendor of big-budget musicals to the extremely '80s styling of Flashdance — to name just a few prominent examples — dance, in all its genre variations, has endured. The early aughts were a particularly fruitful time for dance films, with both pop and hip-hop aesthetic influences added to the tried-and-true (some might say cliché) template. A five-year span alone gave us Save the Last Dance (2001), Honey (2003), and Step Up (2006) — all films featuring memorable wardrobes that encapsulated any trend an early millennium teen could want.

A hallmark of the dance movie is the sartorial division between private rehearsal and public performance looks. In the hip-hop dance world of Honey, rehearsals call for pants that are a one-two punch of potentially unflattering silhouettes: baggy and low-cut. To top it all off, the pants are camouflage, a pattern favored at the time. Midriff-baring looks were all the rage, and much of Honey functions as an advertisement for Jessica Alba's perfectly toned abs. She pairs the pants with an off-the-shoulder top (a dance movie favorite for presumably combining practicality and sexiness) and a matching sports bra.

While Honey is solely rooted in the hip-hop world (complete with a Missy Elliott cameo), Save the Last Dance and Step Up find themselves negotiating the space between the rebellious energy of hip-hop and the classical, outdated conventions of ballet. In Save the Last Dance, Julia Stiles goes from dowdy overalls-and-oval glasses combo to a more chill, street-savvy raglan shirt paired with baggy pants and sneakers. For her final dance performance, she wears an all-black outfit that can meet the demands of both universes.

In Honey, trendy pieces like a Juicy Couture velour hoodie (paired with a Rick James T-shirt) and pants with text emblazoned on the butt make the title character look cool but approachable to the film's teen audience. The off-the-shoulder silhouette comes back at the end of the film and, amusingly, when Honey goes to a bank seeking financial aid to save her dance program. The off-the-shoulder look is casual yet graceful. Even when Honey dances professionally in a music video, her sports bra and (ultra low-cut, obviously) sweatpants look like they could be rehearsal wear, but the body consciousness and casual swagger of the look fits the video vixen vibe of the early 2000s.

Both Honey and Save the Last Dance feature fabulous going-out tops. In Honey, an earth-tone halter nods to the '70s influence that maintained a stronghold through the late '90s and beyond. Hoop earrings, jeans, and a tight ponytail all split the difference between hippie and hip-hop.

Stiles' character arc in Save the Last Dance sees her acquiring an enviable wardrobe of nightclub looks as she tries to "fit in" with a more diverse social group and gains confidence in her moves. First, she wears a patterned tank top with a matching headscarf. While the headscarf could be seen as an attempt at hip-hop styling, the matchiness comes off as prim, much like her wardrobe from earlier in the film. Later, she wears a shimmering, disco-ready top that reflects flatteringly under sultry club lighting. By the final scene, her journey of self-assurance is complete, and she has the revealing top and low-cut pants to prove it.

Watching Save the Last Dance, Honey, and Step Up in 2020 feels like a time capsule of a world just before the dawn of social media. The flirty looks onscreen are straight out of a music video (aired on TV!), but there's an attempt, through rehearsal scenes and then-current silhouettes, to keep things down-to-earth and wearable. You might be able to predict how all these dance movies will end, but the looks onscreen will still be a nostalgic treat — one that may surprise you with a fashion comeback.