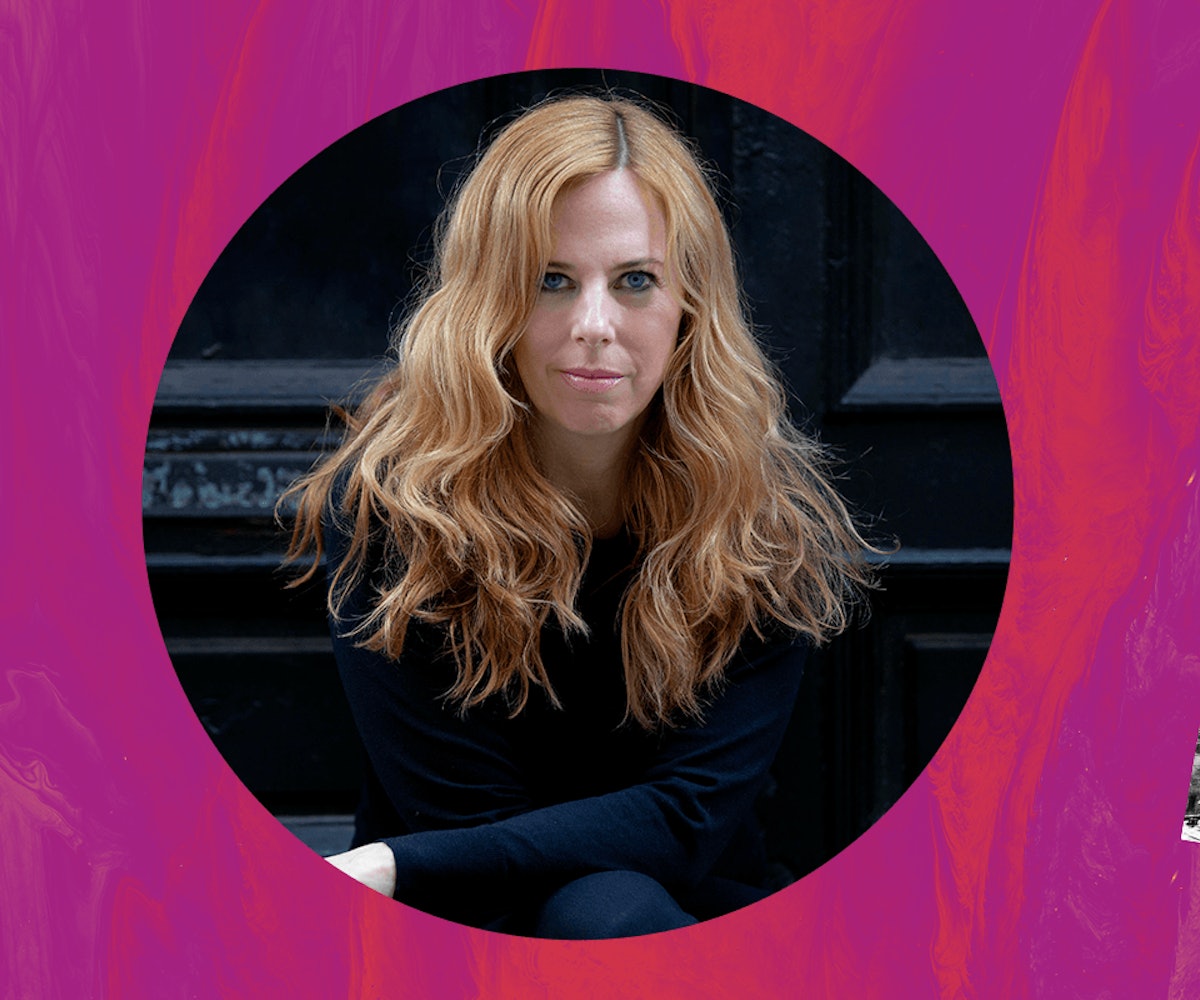 I met poet Deborah Landau at a reading in New York City. Dusk was falling, and, outside, the skyline of Union Square lit and sparkled like a jeweled necklace. Landau, long blonde waves contrasting with her black outfit, read the first poem from her ambitious fourth collection, Soft Targets. By the time she arrived at the stanza where a man on a Brooklyn-bound F train "removes a bomb/ from his bag/ a square of chocolate/ he detonates in his mouth," the city beyond us had transformed in its full evening illumination,pivoting on the edge between beauty and danger. "Night," Landau reminded us "is a soft target."

Such is 2019. The last few years have seen our world increasingly threatened by climate change, political upheaval, terror attacks, all while its inhabitants soldier forward with daily living. How can we not have art that looks at this? Or, as Landau writes, "How is it to have a body today/ to walk in this city, to run?"

Landau has been on the body beat for a while. Her previous collection, Uses of the Body, looked at rites of passage experienced through the female form. Now she takes on the global body.

"In this collection, I looked outward, at the many threats we're now facing—the threats to our democracy, of global terrorism, gun violence, climate change, and the shared vulnerabilities of all of us living in our soft bodies on this imperiled planet," Landau said. She also takes on generational trauma. At one point Landau zooms from the neo-Nazis in Charlottesville to her own Oma, in 1938, running from the Nazis in Frankfurt: "I don't know/ what's so neo/ about neo-nazis" she writes. She considers the earth that her small daughter will inherit: "Such a reckless act, to pop out a human, / with the jaws of the world set to kill."

So is that what it means to be a soft target?

"The term is used to describe a civilian target—a target which is easy to hit because it is unguarded. Terrorists have increasingly been encouraged to hit soft targets. I began writing this collection while in Paris in 2015, writing in the shadow of the Charlie Hebdo attacks and the coordinated attacks that took place in Paris the following November. I remember walking through a sea of pedestrians thinking, I'm a soft target, you're a soft target. Then Trump was elected; North Korea was broadcasting its nuclear capabilities; climate change was worsening; there were more school shootings. It just became too much. There was no way not to write about it."

I often skip around in poetry books, but with Soft Targets, Iread straight through and by the end felt emotional. Landau lifts up the current state of the world and looks at it, over and over again, from different angles. The book is built in sections: opening with the single poem of vulnerability and fear on the subway she'd read that night. Then we transition to Paris at the time of the 2015 attacks. The next section considers Charlottesville and her grandmother. Then we find ourselves at the time of Trump's inauguration, and a feared end of America. In the next section, she focuses on intimate moments of her life, a close-up, the birth of her daughter. Then she moves onto her present life, in New York, again and again posing the question: How do we live our lives, upbeat and onward, against the backdrop of all this unrest? The result is an essential meditation for our era.

"This book is written in a linked lyric sequence, which is my favorite form because it provides the perfect container for an obsessive subject," Landau explained. "The lyric sequence makes it possible to approach the same subject over and over from different angles, creating a type of prismatic effect, a kaleidoscope." This form makes the rhythm of Landau's book itself relatable; who isn't looping in rumination, attacked by constant scrolls of CNN tickers, Instagram and Facebook feeds, our own president's running list of Twitter tirades, anxiety?

It could be easy to get depressed in this seemingly endless cycle of pain. But in the midst of it all, Landau calls out moments of beauty, things sustained. "Still there was bread on the plate, still wine, / while the streets filled with refugees," she writes. "I had a body, unwearied, vital, despite the funeral in everything-"

So how do we hold both the beauty and suffering? And without losing our minds?

"This is an essential preoccupation of mine," Landau said. "How do you integrate the violence and love? How does one protect and cherish the little world of family, friends, lovers when the larger world seems so increasingly menacing?"

After these contemplations, we turn the page to a sudden section on snow.

"I think of the snow as a palate cleanser, it's quieting," Landau said. "The city is softened, magical. It returns us to a state of childlike wonder." The final portion of the book is a single poem, shared below, with the entire collection ending on the word: bloom. Despite all the threats, something is growing.

In addition to writing, Landau directs and teaches in NYU's creative writing program. I wonder about the catharsis of creativity and cultivating community at a time of increased isolation and threats of destruction. I think about resilience.

"I come into the NYU Writers House each day and it's a haven," she said. "Our community is vibrant and diverse—everyone working together. There's a wonderful camaraderie and sense of mutual respect and affection. If only the larger world could be more like this."

And what of writing poems at such a time?

"The poems are a way to push back against the world."

We watched the people walking in the open square—

one of them was a specialist in killing, fear was the way of others.

I've seen the most extraordinary thing about people, their faces.

Remember the trees in springtime, we ate candy beneath them,

shouts from the playground, static of yellowjackets, your fresh new haircut.

Here's a tweeted canto, some words for the end of the world—

for when I am forever nothing, and you are

What we were for such a brief.

(M with the laundry, the dog at his bowl, the boys going at it out back.)

O you who want to slaughter us, we'll be dead soon enough what's the rush

and this our only world.

Now bring me a souvenir from the desecrated city,