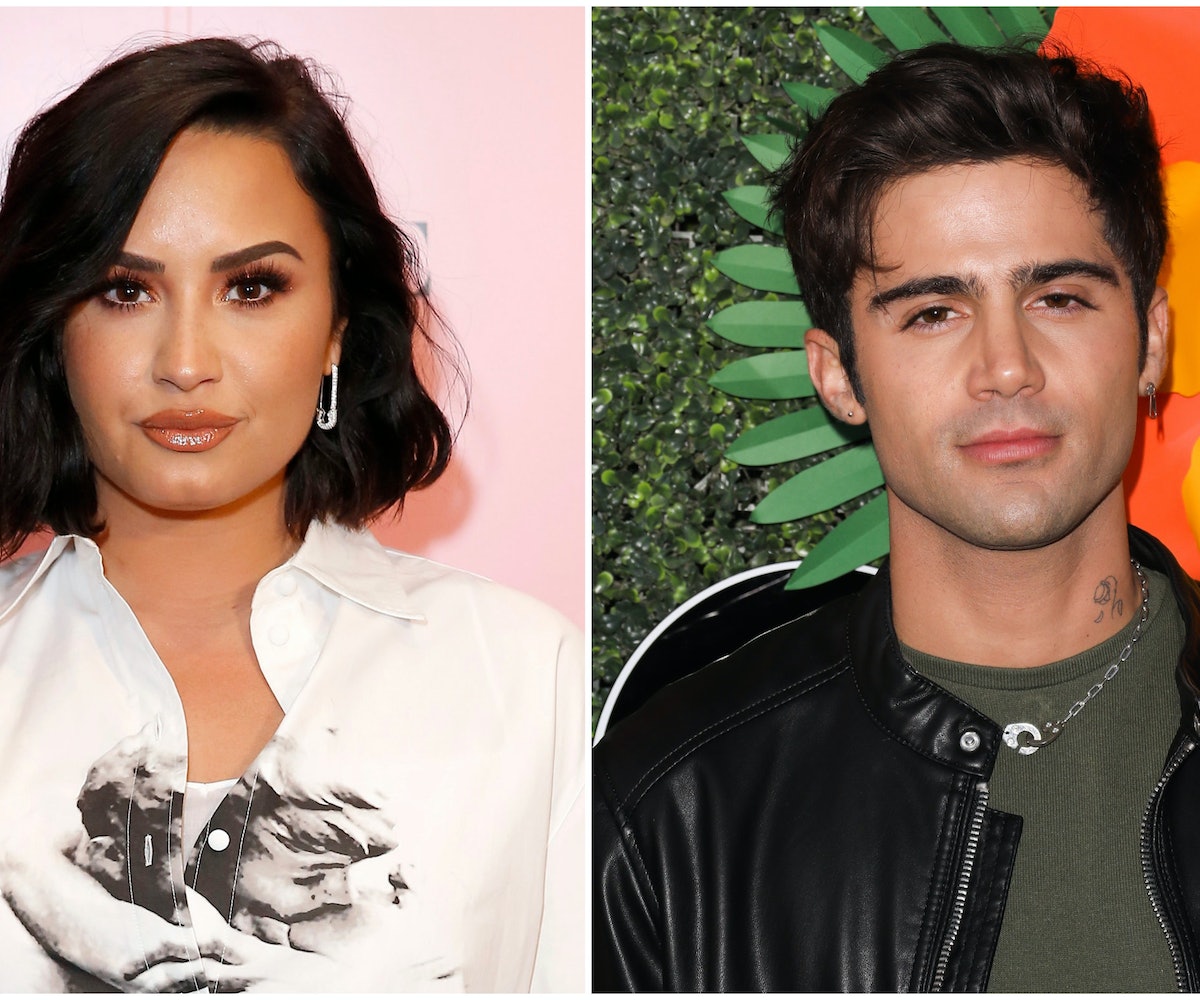 Over the past few weeks, Demi Lovato has reportedly started dating Max Ehrich. Although neither Lovato nor the Young and the Restless star have yet confirmed the reported relationship, E! News alleges that the pair have been together for some time. News of the relationship comes after Lovato allegedly split from her previously rumored partner, Austin Wilson.

According to E!, Lovato and Ehrich are spending time "quarantining together" during the COVID-19 outbreak. "Max is very into music and health, and he doesn't like to party. He is a good influence on Demi and they have a lot in common. They have a few mutual friends in common, but Demi has been introducing Max to her closest friends via Facetime since being quarantined. It's very new but they are definitely hanging out and seeing where it leads. They have spent a lot of time together but I wouldn't say it's an exclusive relationship yet," a source told E! News.

Based on a recent Instagram Story post from Ehrich, it did appear that the actor was spending time with Lovato's dogs, and E! reports that the two have been active on one another's Instagram accounts, sharing comments and support. Ellealso pointed out that Lovato had recently commented on a shirtless photo of Ehrich, writing that she supported his idea of a quarantine in which he only packed a shirt.

Again, the reported romance remains unconfirmed by the couple for now, but with the pair frequently sharing social distancing selfies, it's possible that we might see them in a snap together soon.