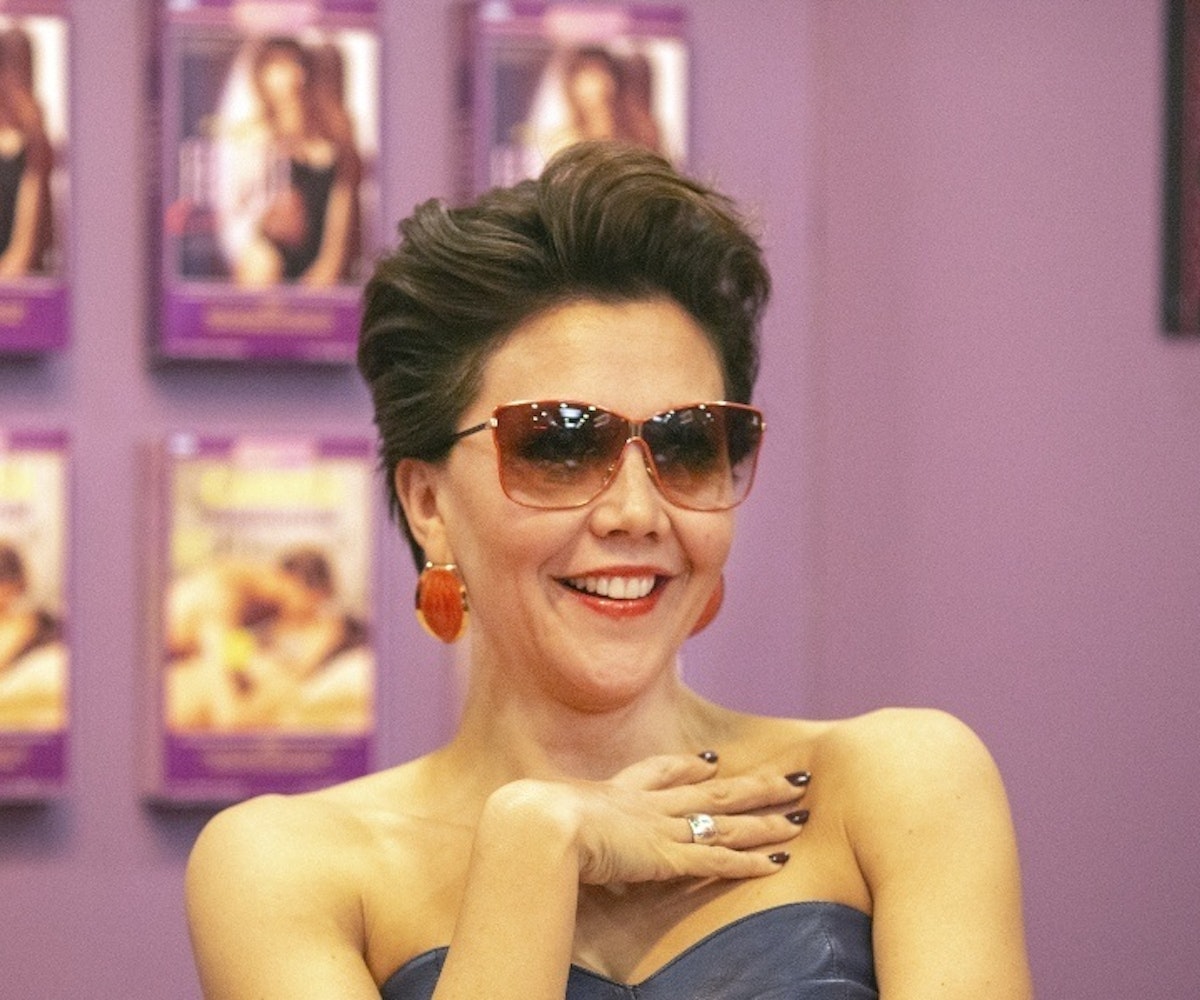 Do you think that your job requires the same kind of passion for filmmaking as much as a director or writer?

Totally. I think of myself as a storyteller first, like a storyteller and an artist together. Being a set designer is having a particular attachment to art and design, and how it's very related to character and place. When I read a project, I first talk to directors about who the people are, what their homes are like, and how they live their lives. Our homes—the places that we live—say so much about who we are. They tell so much of our story as a character. That's often where we keep our most personal pieces of our identities, art, and pieces of ourselves. It's always interesting to see how characters look in the private space [vs.] public space. That shows up in color and style. It's all very much about storytelling.

In The Deuce, there aren't necessarily as many shots in people's homes, because it's about a whole industry, how do you start there?

It's a really interesting question with The Deuce because one of the ways that David [Simon] and George [Pelecanos] go about telling the story of an industry, about systemic failures, and capitalism, is through specific characters and very specific character arcs. Whether it's through Abby or Candy, they're very clear about who these people are and, as they are moving through the world, what all that means. In Season 2, we really started to emphasize spaces as people, and they're not always private spaces. You see Vince and Abby's apartment that they move into, but you also see that Abby has begun to leave her mark on the Hi-Hat. Then you see Paul when he opens up his nightclub; you see a full manifestation of his style and who he is. When Candy gets to do Red Hot, you see her style and her point of view on sex capitalism and pornography is at its clearest.

A lot of building the world of The Deuce is looking at research and figuring out what was actually there [at the time], but also making sure that we are moving around that area in a naturalistic and organic way, which is tremendously tough when you're doing period. Anything we look at, we have to create it from scratch. You have to think about each movement of a camera and each bit of action. In Episode 1, when Vince and Abby are walking down the street, and they see the Marriott Marquis, that was a moment for us to not just make a historically accurate representation of that avenue in 1985. It was an opportunity to show those characters, how they have seen the world changing, and how the world is about to change. So the porn video store was a very big conversation for David and George and all of the creators.

This is what's super fun about my job. This is where it gets back to writing and directing. David, George, and Alex [Hall], who is the director of that episode, very much so started from a place of character and action, as they should. We need[ed] them to walk down 8th Avenue and then turn and see the Marriott Marquis. None of that exists now. You can't actually do that now. I feel like right now there's like a carved sandwich place, or maybe it's a Shake Shack. So we had to find a place where we could do that, and we have this great stretch on Amsterdam Avenue, where we do a lot of our cityscapes on. We've been using it for three seasons. We built a pie shop and an orange piña colada place. The Marquis we did with visual effects. They did a whole illustration.

[The store was] the most important part of that scene. [Vince and Abby] have to see the new world at the end. They have to be fully immersed in the old world, and the changing world is in the middle where pimps drive by and cops drive by.

I'm floored. I would have never guessed it was a restaurant

[Laughs] These are the secrets of set design. It all starts from a place of storytelling. [Abby] looks over all these videos and you see all of the signage for what, in 1985, has exploded with VHS. We've gotten to a point where the genre of pornography and the specificity of pornography has really gone to what we have today. That's all part of what we're showing in that moment. It's told in colors, graphics, design, and in posters. You see all of the videotapes which weren't in last season. I always use photographers of the time to help me see what people who were in 1985 were looking at or [how they were] interpreting the world. In that particular stretch, there is this woman named Jane Dixon who is an artist who does a lot of her paintings from her own photographs. I actually did a talk with her, and I got her book, and I started looking at her photographs, and [think her] stuff is amazing.

How long does building a set like that take?

It's changed over a few seasons. The first time you do something, like in the pilot when we were first filming 42nd Street, it took months to conceptualize what we wanted to be. [Like:] What story needs to be told and what part of 42nd Street are we looking at? What [used to be] there? Then you spend six weeks to two months actually putting it together for the first time. We probably spent three weeks where we were on that avenue, putting up signage and building storefronts on the pilot. [That's] not including the design side, which happens before that. By Season 2, we knew how to go about it.

I like to say that you start from the ground up, and where the actor is. You start from the trash on the street, to the windows, to the inside of the buildings, the storefront signage. We actually make an immersive environment that's 360 [degrees and] 12 feet high.

One of the things that was a very exciting challenge from the beginning, from David and George, was that they've always filmed [Simon's] whole stories in a way that was really organic and naturalistic. They would be outside quite a bit. So much of the story of The Deuce happens on the street which is challenging because it's not 1985. We worked really hard, and I feel proud of how we were as smart as we could be, without giving spaces and scenes that were restrained or reveal that it's just one side of the street. One of the cool things about this show is that it moves around. The cinematography is very free. It's a free form of storytelling. There are other shows and movies that I've worked on where you might go about it in a totally different way. It might be that you totally shut down a street for a month. It might be that you combine all the things you're doing in one area into a couple days of shooting. It's very rare to do this in an episodic way where each episode, we take down all the dressing and then we put it back up. We're going back-and-forth, and it changes, too. It's technically very fascinating.

You can watch the third and final season of The Deuce Sundays on HBO.