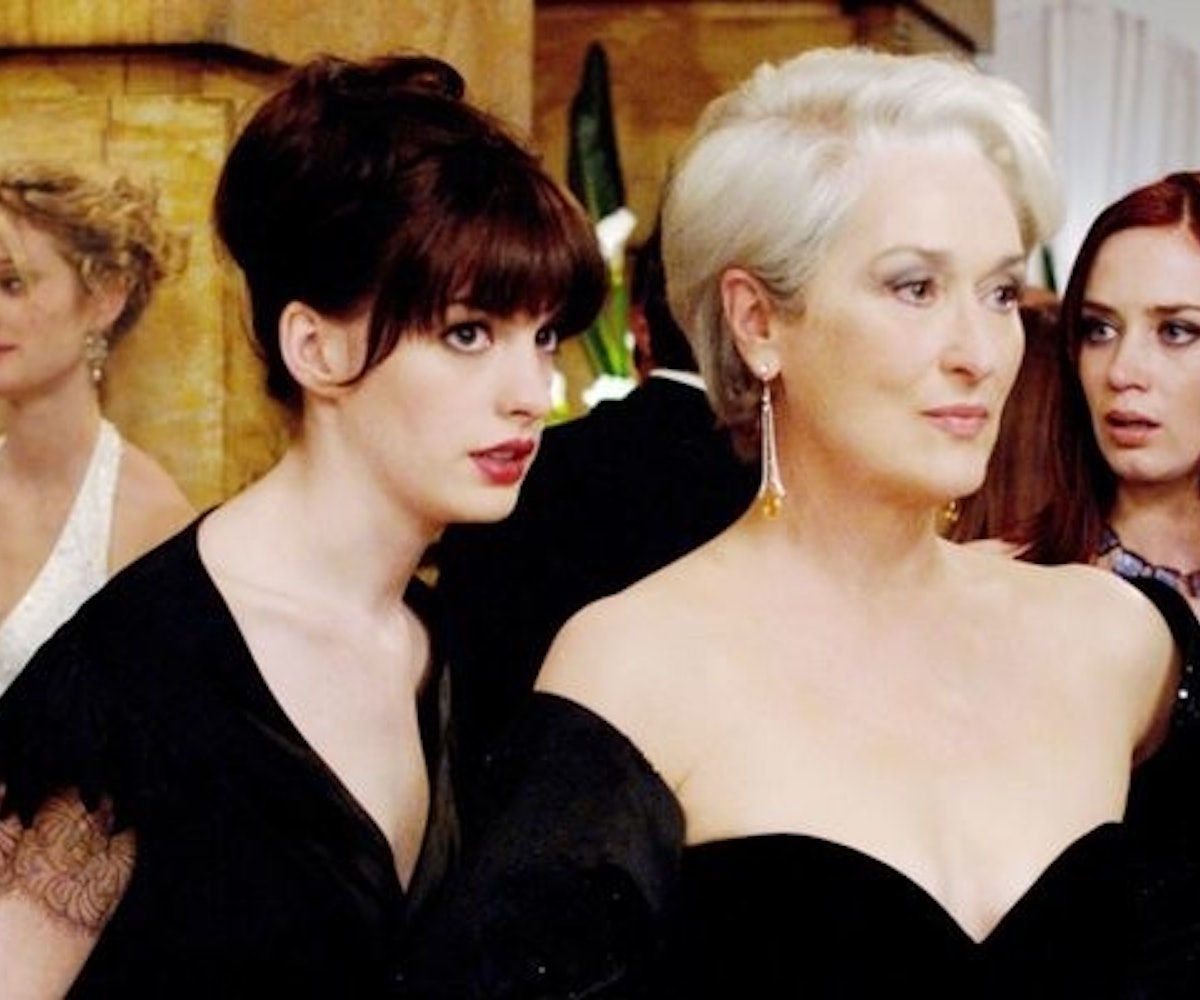 The long-awaited musical adaptation of The Devil Wears Prada, featuring music by Elton John, is finally gearing up for a release, and will premiere in Chicago next summer.

The 2006 film version (based on the 2003 novel by Lauren Weisberger) has managed to stay culturally relevant over a decade after its debut, with quotable moments being memed over and over again, so it's only fitting that we would be getting a new adaptation of the story. Elton John has written the music for the stage production, with lyrics by Shaina Taub and a book by Paul Rudnick.

The musical will open at the Broadway in Chicago James M. Nederlander Theatre, and though it's expected to move to New York for the 2020-21 Broadway season, lead producer Kevin McCollum didn't set a specific date for when that would happen in an interview with the Chicago Tribune. I'm fully ready to pack my bags for a weekend trip to see the show either way — Chicago is beautiful in the summer, after all.