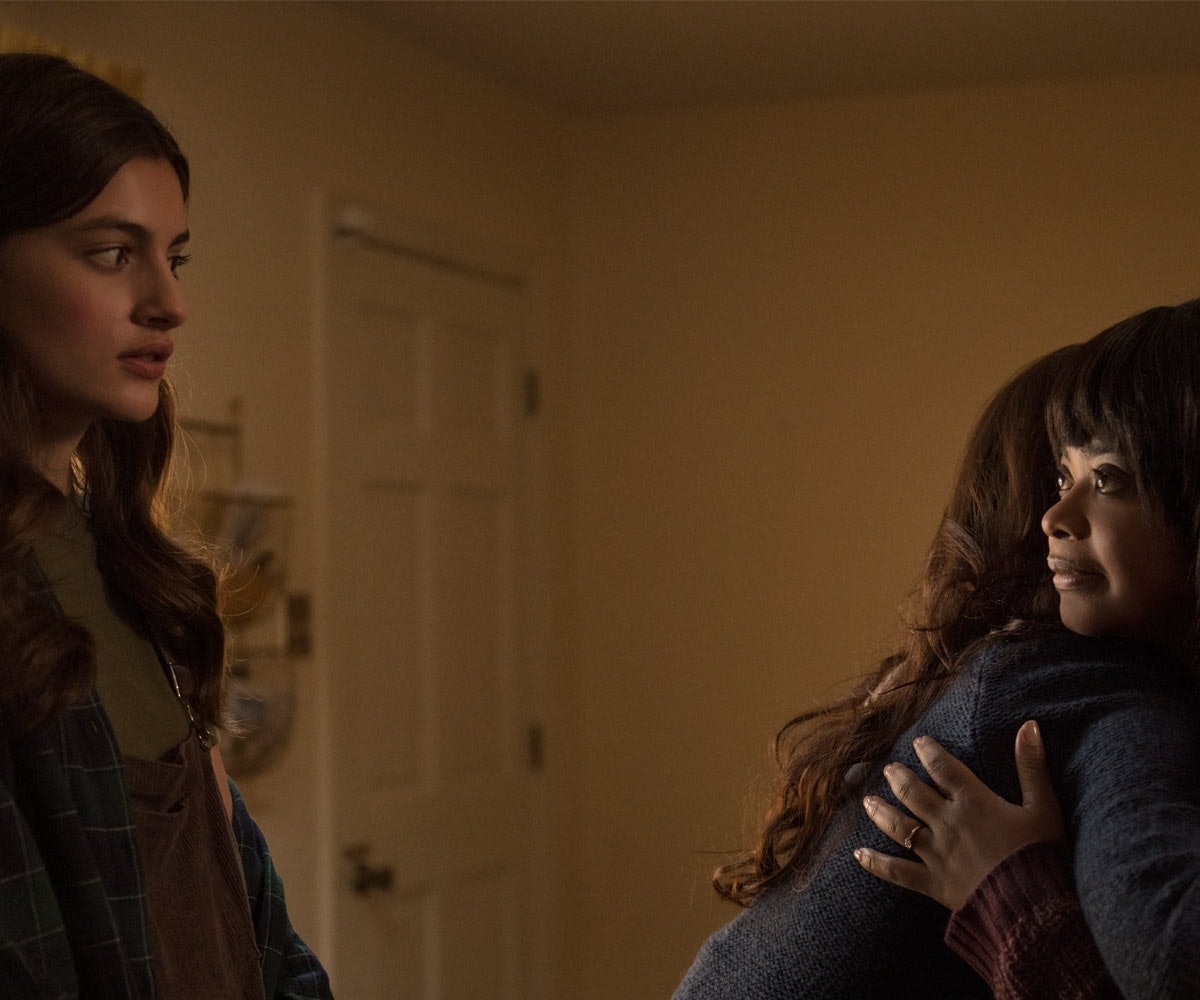 Diana Silvers is having a really strong start to her summer. Not only does the young actress appear in two of the month's breakout hits—Booksmart and Ma—but she's also doing so in roles that gleefully defy cliché, helping to usher in a new conception of what it means to be a young woman on-screen.

Ma defies clichés in a lot of ways—well, when it's not kind of reveling in them. Because, yes, there is a sweet older woman—the titular Ma, played with spooky precision by Octavia Spencer, who is much more twisted than she first appears—and there are also a bunch of high school kids, who want nothing more than to party with their friends. When Ma invited the kids to party at her house (which is, naturally, isolated in the woods), you just know things are going to end badly—the only thing you can't conceive of is just how badly they're going to end, and what twists and turns you'll take to get to that ending.

Silvers plays Maggie, the new girl in town, and thus the newest addition to the crew of kids who party at Ma's. But Maggie isn't a typical scream queen fixture: She isn't fooled by Ma's bizarrely friendly overtures, and pretty instantly figures out something isn't quite right. Of course, just because you listen to your intuition, doesn't necessarily mean you can always follow it to safety—there wouldn't really be horror movies if everyone acted so cautiously, right? Still, though, what makes Ma so fascinating and, ultimately, so bat-shit bonkers, is the way in which it's so grounded in reality in so many ways, even as it subverts those same attempts at normalcy again and again, for a thoroughly enjoyable, sublimely creepy ride.

Below, Silvers and I talk about what made Maggie such a fun role to play, what she's looking for in future parts, and what she's scared of in real life.

What first drew you to Ma?

When I first read the script, it was such a page-turner, you know? It was so exciting, I just wanted to get to the end to know what was going to happen. And you know when you read a script and there's not one, not two, but three and even four strong, complex, nuanced female characters? As a young actress, what more could you ask for? I was just so excited to get to audition for a young teenage girl who has a brain and has opinions and has feelings and isn't just a trope or a stereotype.

It is super rare to see that. And it's not just your character, even the villain is really multi-faceted.

That's a testament to Tate! He and Octavia have been friends for such a long time, so the two of them worked together; collaborating and creating this incredibly complex character, Sue Ann. It was such an honor to be a part of it.

Octavia is just so perfect in the role; just the right amount of creepy.

Right? She really made this character her own. She's so fantastic. What a talented actress.

Something that was so great about your character, Maggie, and so familiar, is the way in which she both really listens to her own intuition about how something could be wrong, but she also is still compelled to ignore that intuition...

Right! Because she wants to fit in. I'm so grateful that I had Tate as my director; [he] was all about keeping the performances grounded and just playing the truth of these people in this world. And it really does flip so many stereotypes on their heads, like the idea that people are just one thing, when really we're all very complex and nuanced.

Like, very nuanced. It's always good to have to guess who the real villain is.

Yeah! When I was watching it for the first time, I was just like, Wow, I'm actually rooting for Sue Ann. I felt myself more in her corner until, you know, she starts taking it out on the kids. But for the most part, you really feel for this character and you almost feel like you could really know her in real life too, which makes it even more challenging and creepy and scary.

One relationship that isn't creepy or scary, but that is actually very sweet, is the one between you and Juliette Lewis, who plays your mother.

When Juliette and I first met, we both just fell in love with each other. You can't fake chemistry, and Juliette was such a special, magical person, who I was a big fan of before this movie—and I'm even a bigger fan of now, because she's such a lovely person. I think we both wanted to play the mother-daughter relationship truthfully and in a very grounded way. There really is this balance in a healthy mother-daughter relationship between being friends and leaning on each other, but where the mother is the authority figure and disciplinarian. And Juliette and I, with Tate's wonderful direction, were able to find the balance between those two things.

You're really just at the beginning of your career; although you have two movies out right now [Silvers is also in Booksmart]. What kind of roles are you looking forward to playing in the future?

I would love to play roles that continue to challenge and push me in different directions—emotionally, mentally, and physically, as well. I, of course, have certain roles for actresses, in certain movies that I've seen, where I think, I would love to do a character like that. I would love to do a Black Swan. Or a Monster. Or a Blue Valentine. Or an Almost Famous. I want to do everything. When you find a script with a character you fall in love with, that's the movie you end up chasing, you know? And if you can't find it, you write it for yourself. Which I do already do, and I hope to make those dreams realized sometime as well.

Do you have any favorite scary movies?

The Shining is one of my favorite movies of all time. I love Carrie; Sissy Spacek is a vision. Rear Window isn't really a horror film, but it is a psychological drama which I love. It is very tense. And Psycho. But really, The Shining is my all-time favorite horror film.

What scares you in real life?

Growing up, I was afraid of the dark. [Laughs] You know honestly, so many things. But I really don't like the dark. And I don't like poisonous bugs. They're not really my thing. Just think about it: If I were in the woods, and I saw a bear, I'd be like, alright, I know I'm gonna die. I'm prepared. I can watch my life flash before my eyes, as this bear makes its way over to me. But if I'm asleep, okay, and like a venomous spider bites me and I just die in my sleep and I never saw it coming? That's just not fair. I'm also afraid of people taking away my fundamental rights, but that's neither here nor there!

That is also very scary!

I just thought I'd throw that in there! Like, bears, beets, Battlestar Galactica, and I'm afraid of people taking away my fundamental rights as a woman in the United States.