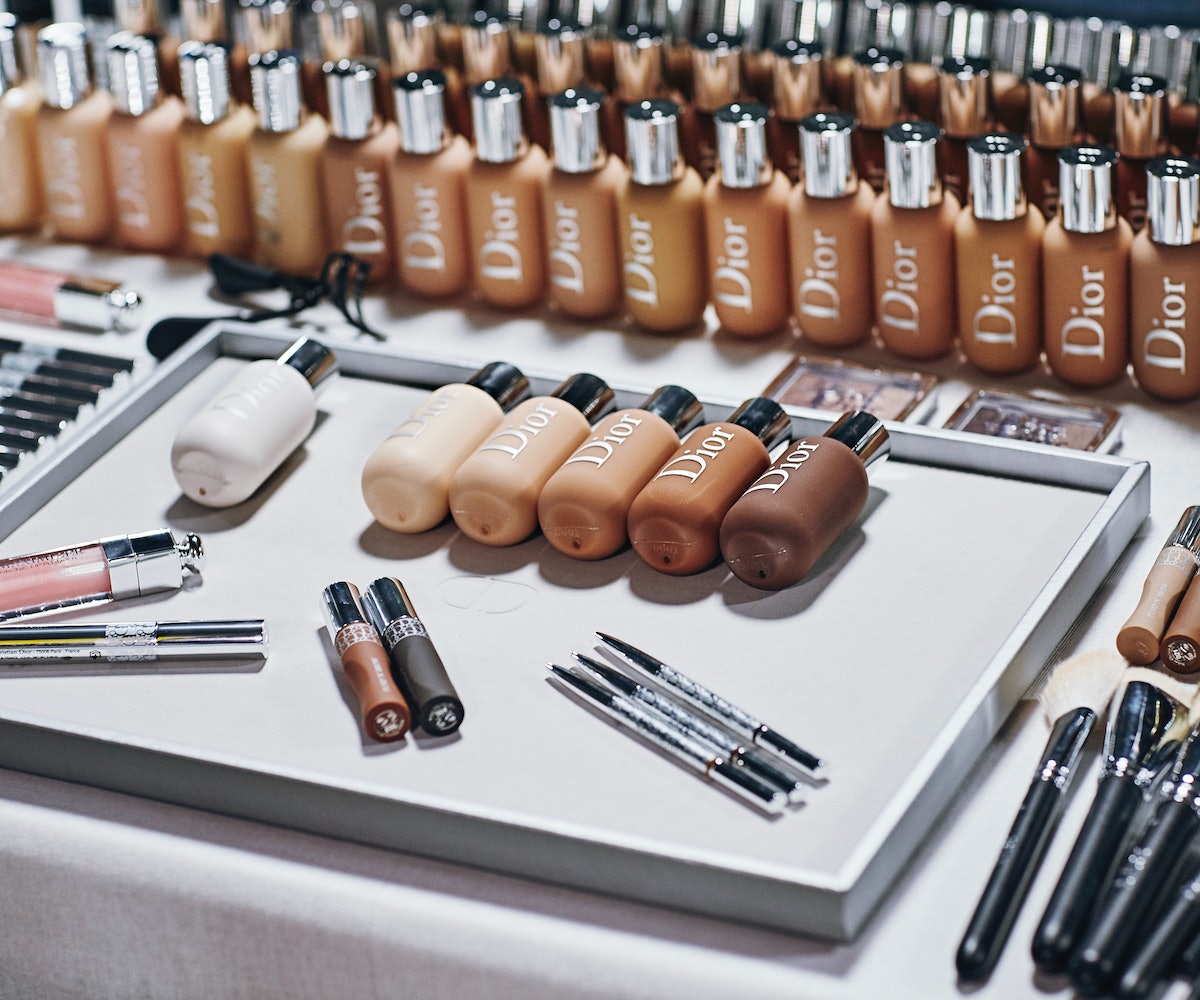 There was a lot going on at the Dior Men's Fall 2020 show in Miami on Tuesday, from the graffiti-ridden set design by streetwear legend Shawn Stussy to the psychedelic neon green runway and rainbow of classic American cars lining the venue exterior. And yet, the airbrushed eye makeup still managed to light up the show. Created by Dior's creative and image director of makeup Peter Philip, darting stripes of glossy yellow and lime green pigment appeared across the eyes of the models, making even the most involved Euphoria makeup seem subtle.

While the look was initially inspired by Daryl Hannah's character Pris Stratton in the 1982 sci-fi film Blade Runner, Philips also took cues from the vibrancy of Miami and the trippy set design, coining the look as "cyber surfer" via Instagram. Backstage, Philips created the hues himself by mixing blue, yellow, and white paint to achieve the perfect match for the show's gleaming set.

The jolt of color on the eyes was pared back with a natural approach to everything else on the face: fluffed, brushed brows; luminous skin with the help of Dior Backstage Face & Body Foundation; and lips glazed with Dior Lip Maximizer in 001 Pink, then blotted for a you-lips-but-better effect. The look is certainly easy enough to pull off at home, so if Euphoria's all-over swathes of color on the lids trick has become child's play for you, the "cyber surfer" look might be worth a shot this weekend.

See the beauty look, below.