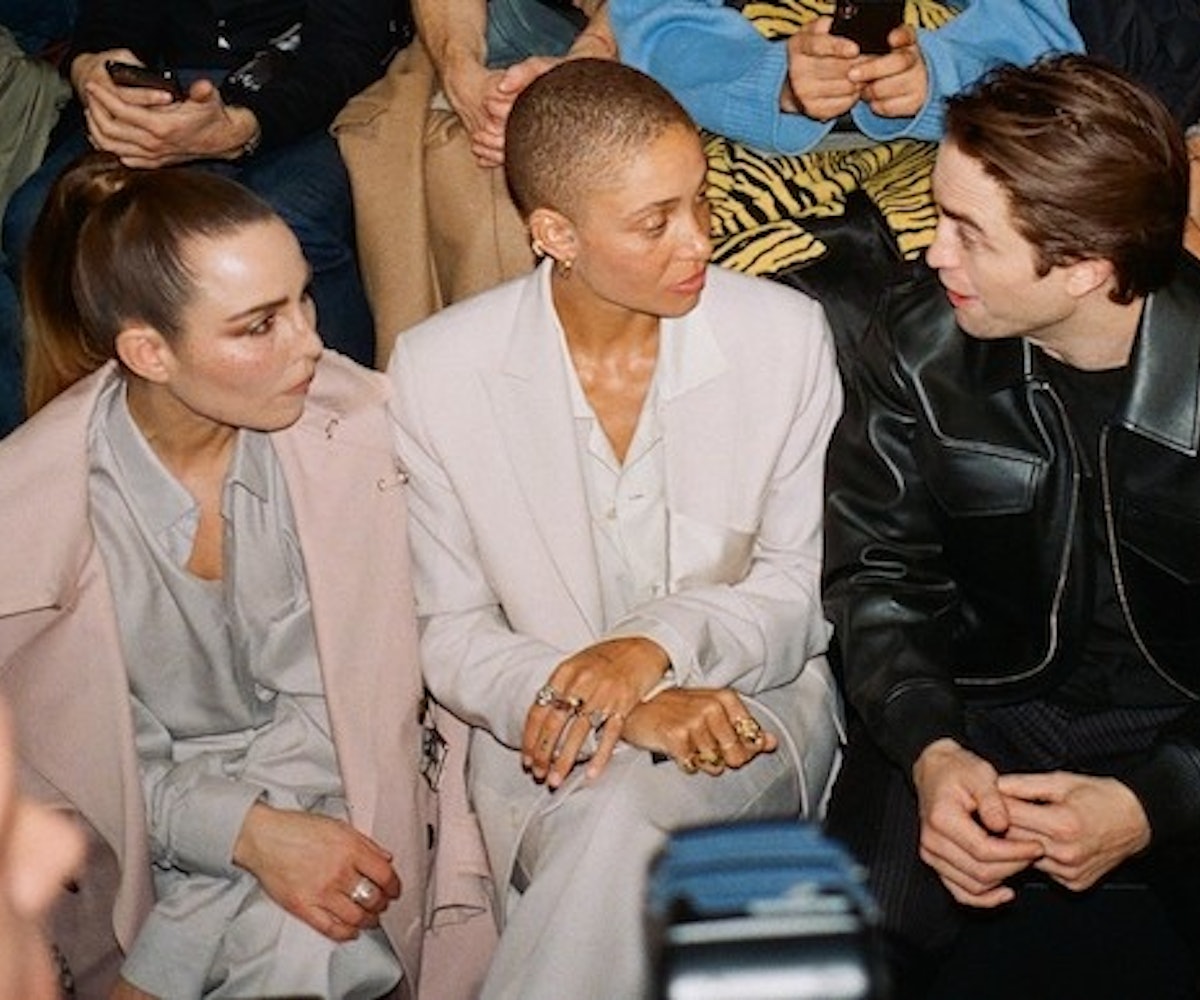 "It's things Judy would have loved," Jones said during a preview of the collection. "I was sort of looking at it through his eyes."

With a such a big house's show, chaos is bound to follow, and the tent at the Place de la Concorde was packed and energetic. Photographer Adam Bartoshesky was there, camera in tow, to capture the candid moments both of the show itself and behind-the-scenes. Below, see Bartoshesky's photo diary, along with some of his thoughts, from the night, exclusively for NYLON.

I've been hitting Paris Fashion Week for a few seasons now, and Dior always produces a show you cannot miss. The anticipation is real. Guests of the show usually don't receive an address until day of the show for fear of it leaking to the public and causing chaos.

This season's show seemed extra special. The main inspiration for the collection was English icon Judy Blame, and his punk essence was insinuated from the moment you walked into the show setting. It all seemed a little darker than the normal Dior.

Regardless of the secrecy of the location for the show, word travels pretty quick when you construct an enormous structure in the heart of Paris. Hoards of fans surrounded the entrance to the show, waiting for their few seconds of glory seeing one of their idols, and maybe snapping a photo or two of them.

A lengthy runway was split by 3 large glass structures with bleacher-like seating on both sides. There were people hired by Dior, acting like little bumper cars to keep the audience from touching the glass walls as they were ushered to their seats.

For the following few minutes, you were completely drawn into the magic that is Dior. Then in a snap, the show was over, the crowd scurried, and the venue emptied. I stuck behind for a few moments to let the crowd clear and conveniently killed the time by asking some fellow show attendees to snap a photo or two of me in front of the amazing glass boxes with smoke inside.

I exited the show to a similar energy as when I entered. I captured a few cool fan-celebrity moments and then strolled away into the night, catching a glimpse of the Eiffel Tower before heading to my next show across town.