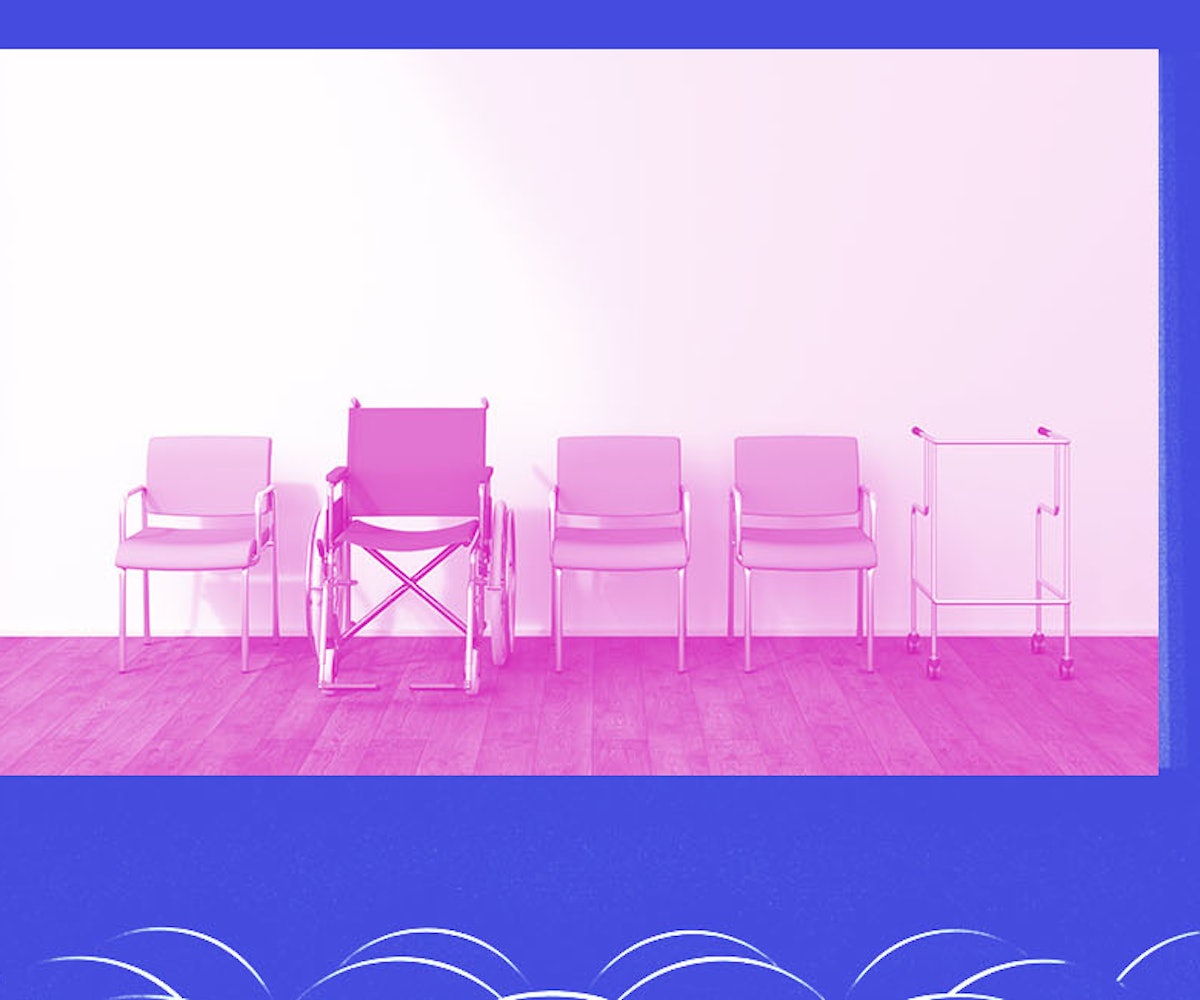 It's been over four years since the #OscarsSoWhite movement, and the entertainment industry appears to be catching on to the mounting evidence that what we watch on screen shapes how we perceive minorities. Look no further than this year's Academy Awards. Ten people of color went home with awards, and more than half of the films nominated for Best Picture featured racial minorities and LGBTQ stories. But while people of color, foreign language films, and the LGBTQ community begin to be recognized for their work, where are the stories of the disabled community?

Though last year's Hollywood Diversity Report found that the industry still has a long way to go before hiring practices are representative of the U.S. population, the study also found that diversity sells. Why then, do we fail to see one-fifth of the American population, the country's largest minority, represented on screen? Fifty-three million disabled Americans remain absent from the conversation.

This year's movie award season may have been a shutout for the disabled community, but make no mistake, we love stories about disability. Some of pop culture's most beloved films, like Forrest Gump, I Am Sam, The Theory of Everything, even the Disney classic The Hunchback of Notre Dame, have centered around a disabled character. While these movies deserve some credit for humanizing disabled people by offering the spotlight to a disabled protagonist, too often they romanticize and objectify the disabled person in an effort to inspire non-disabled audiences. It is what the late disability activist Stella Young called "inspiration porn"—imagery that paints disability as an achievement and disabled people as exceptional to make able-bodied audiences feel better about their own lives. Whether depicted as a victim, hero, or villain, designed to evoke sympathy, motivation, or fear, disability is presented as an extraordinary challenge that eliminates any hope of the disabled person living a "normal" life.

The excess of disability clichés we see on screen may be explained by the fact that stories about disability are almost always told through a non-disabled lens. Less than 5 percent of disabled roles on television are played by disabled actors, while in 2015, 2.7 percent of all speaking characters in film were depicted with a disability. In the history of the Academy Awards, two Oscars have been awarded to disabled actors; Marlee Matlin for Best Actress in 1986 and Harold Russell in 1947. The issue is not that there is a lack of disabled actors, and more that producers recognize that audiences have a particular affection for watching an able-bodied actor accurately portray the physical and emotional challenges of a disabled person. It's Oscar-bait. Almost half of the Best Actor winners have been awarded for their performance of a disabled character. But would disabled stories receive the same amount of award visibility if the actors were disabled themselves?

The first time my disabled mom and I shared tears over a film was watching Sean Penn's Oscar-nominated portrayal of a mentally challenged man in I Am Sam. My mom loved the disabled parent narrative, but she also loved Sean Penn. The reality is, disabled bodies make able-bodied audiences uncomfortable and familiar faces sell. In our perfection-obsessed culture, studios know that there is safety and comfort in watching an able-bodied actor play a painful-to-watch role because there is relief in knowing the actor will return to their seemingly flawless life after the performance. The able body, and the life that comes with it, remains desirable, while the disabled person's life, accommodated for no more than a couple hours in a contained space, remains a tragedy.

Look no further than 2018's Academy Award Best Picture winner, The Shape of Water, in which the mute protagonist is so rejected by her able-bodied peers that she succumbs to a life in the ocean with her best romantic prospect, a sea monster. These poor representations exist in a fantasy world, but when they reinforce stigmas, they have real-life consequences. U.S. employers have admitted to perceiving disabled people as unable to perform their job, and in 2015, disabled individuals earned 30 percent less than their non-disabled counterparts. We may be seeing disability on screen but in ways that often perpetuate, rather than defy, existing stereotypes of disabled people as "abnormal" or "incapable," which only serve to ostracize them from society.

There are, however, reasons to be optimistic. The portrayal of quadriplegic characters by able-bodied actors, Bryan Cranston in The Upside and Joaquin Phoenix in Don't Worry, He Won't Get Far on Foot, has sparked debate over who should be cast in disabled roles. In January, Trevor Noah spoke out on able-bodied privilege when it comes to casting while Jameela Jamil turned down an offer to play a deaf woman. As reported byThe Independent, Jamil, despite having previously been partially deaf herself, gave up the part in an effort to "make space rather than take space," insisting disabled and LGBTQ actors should be cast in these roles instead of well-known celebrities. It seems they are starting to, as many of the films shown at this year's Sundance Film Festival featured disabled actors in more nuanced representations, such as Give Me Liberty, in which Lauren Spencer plays a young Black woman with ALS, a disease that she herself was diagnosed with as a 14-year-old.

Perhaps Hollywood should look to television for inspiration. Over the last decade, we have seen increasingly more television shows feature disabled actors and avoid falling victim to disabled narrative clichés. In Breaking Bad, we watched disabled actor RJ Mitte as Walter Jr., whose cerebral palsy never defined him. Aziz Ansari's immersive New York, I Love You episode on Master of None enabled us to briefly experience being deaf by silencing the show for the story of Maya, a deaf woman played by deaf actress Treshelle Edmond. More recently, Speechless and Special have been praised for their refreshing depictions of cerebral palsy. In both shows, the protagonists are presented as multi-faceted human beings with the same desires and concerns as their able-bodied peers; their disability is an afterthought. And even on Broadway, there are signs of progress, with Ali Stroker, who is in a wheelchair, playing Ado Annie in the acclaimed revival of Oklahoma!; Stroker was just nominated for a Tony Award, and is the first performer in a wheelchair to be nominated for the award.

But, will we ever see an #OscarsSoAble-Bodied? As we have seen with other marginalized groups, stereotypes can only begin to be disassembled when the minority is empowered to tell their own story. The casting of disabled actors in disabled roles will be an important first step in normalizing disability. But more importantly, we need to see disabled actors play both able-bodied roles and disabled characters who are not defined by their disability, to prove that having a disability is just one part of a whole, complex human being.