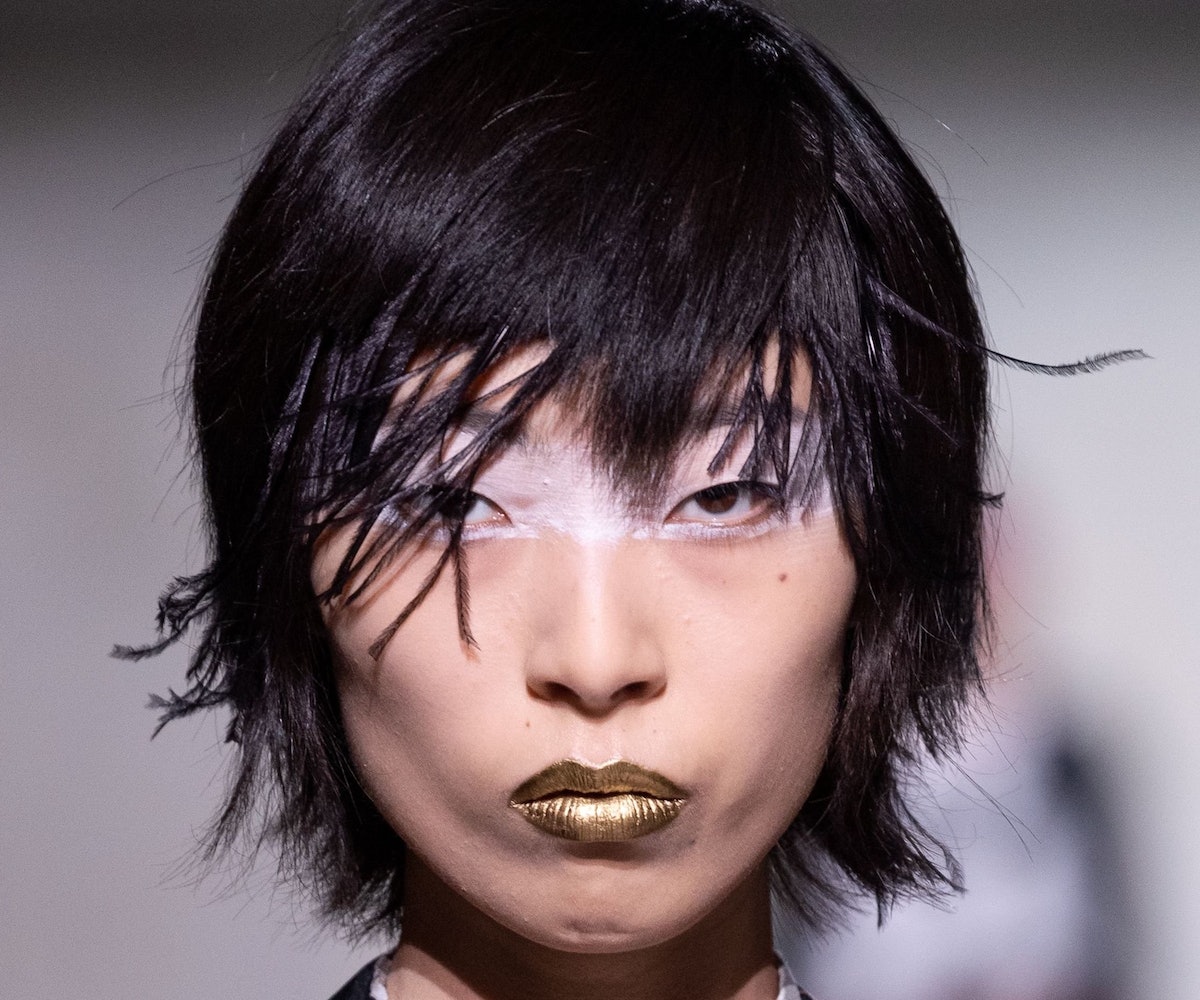 When Natalie Portman spun out on pointe in Black Swan in 2010, audiences were instantly captivated by her dark, smoky mask-like makeup. She'd been transformed into a red-eyed, graphic shadow-wearing ballerina, and although the movie's been out for nearly a decade, the impact is far-reaching. Case in point: Dries Van Noten's Spring/Summer 2020 runway show, where models stomped down the runway sporting mask-like eyeshadow across their eyes and the bridge of their nose. The show was a collaborative effort between Dries Van Noten and couturier Christian Lacroix—the pair working on the collection together for the past five months.

The makeup was an avant-garde take on the painterly trend we've seen popping up on runways, and complemented by curtain-like feather bangs. The bangs, attached underneath the model's hair, ranged from black to blue and hot pink. Metallic lips on some of the models added to the drama of the look.

Models also sported '20s-inspired headpieces and feathers, along with appliques arranged around their eyes and mouths. The looks felt both futuristic and retro, playing with new aesthetics while incorporating classic elements, too.

See the looks below.

NEXT UP
Beauty
Harry Styles’ Beauty Brand Is Dropping Their First Makeup Collection This Week
Beauty
Halloween Cat Makeup Ideas, From Easy to Inspired
Beauty
Meet The Beauty Pros Who Keep It Girls Looking Like It Girls
Beauty
Black Lip Gloss Is The Surprising Fall Update Your Makeup Kit Needs