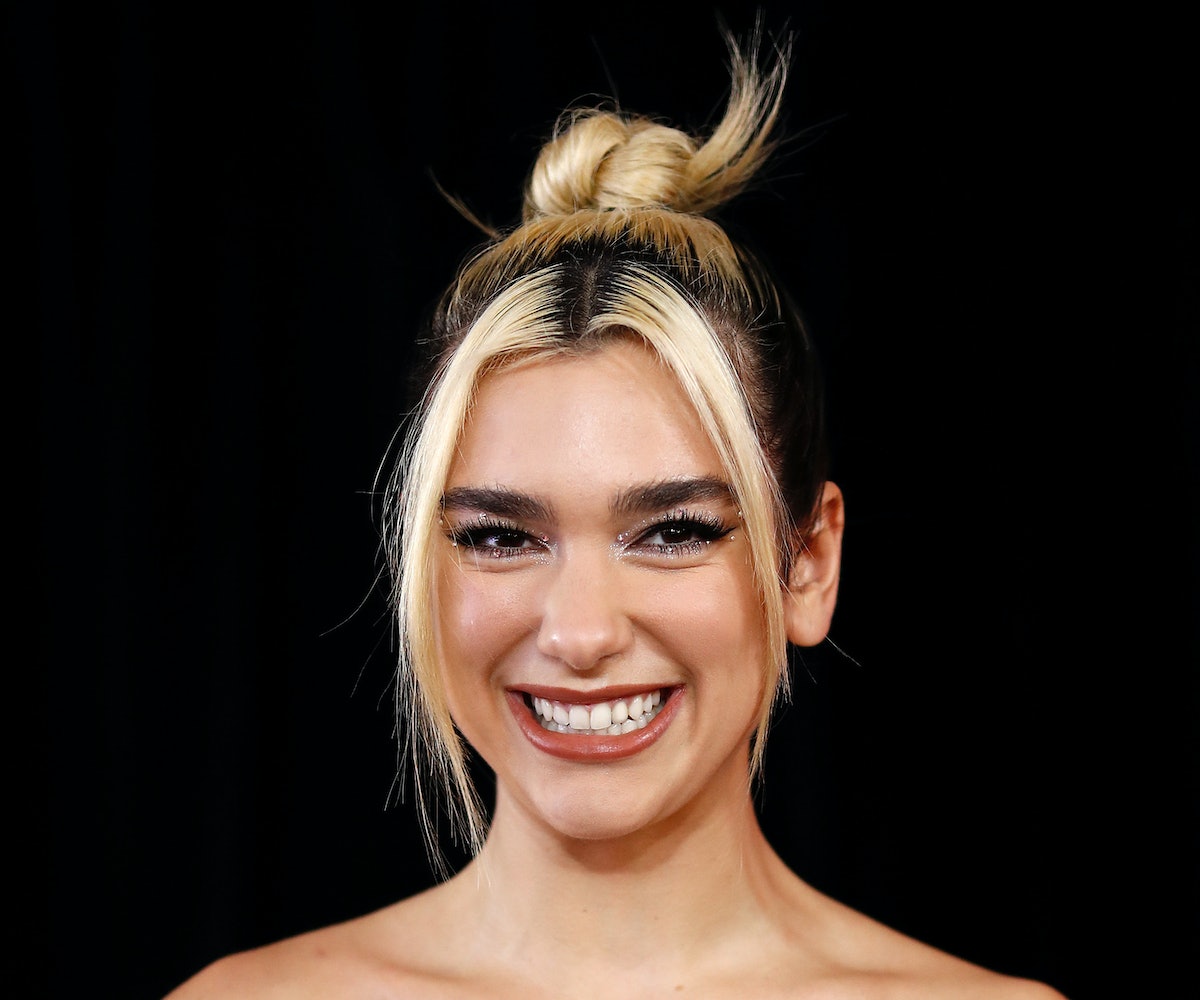 As Dua Lipa has quickly learned, releasing a new album in the midst of a global pandemic comes with some unexpected challenges. Since the release of Future Nostalgia, the singer has been forced to contend with a world centered on social distancing, and so far, she's found some creative workarounds to continue sharing her artistry with the masses. After streaming her new album on FaceTime and doing a virtual performance for fans, Dua Lipa did her own makeup for a feature with The New York TimesThe New York Times, as current health guidelines wouldn't allow her regular glam team to be present.

Speaking with The New York Times for an April 7 interview, Dua Lipa revealed that she was practicing social distancing, and because of the restrictions, she did her own hair and makeup for the photoshoot. "Normally when I'd go and do promo of course, I'd have my hair and my makeup done, whereas now I have one trusty brown lipstick. I put face cream, and that is it for the day," she told the publication.

The photoshoot — which was also completed using social distancing restrictions — featured Dua posing outside on front steps and on a balcony. As for the interview's accompanying beauty routine, Dua kept things simple, and wore her hair down, tucking only a small section behind her ears. In additional images, she appeared to be wearing minimal makeup and was photographed with a dusty pink lip and wispy lashes.

Even without a glam squad, Dua Lipa still managed to pull off a major look, and this definitely Isn't the first time she's dazzled us with her choice of makeup. Plus, if her past Instagrams from social distancing are any indication, it's possible that fans might see another unexpected side to Dua Lipa's glam again soon.

See the resulting glam for yourself, below.