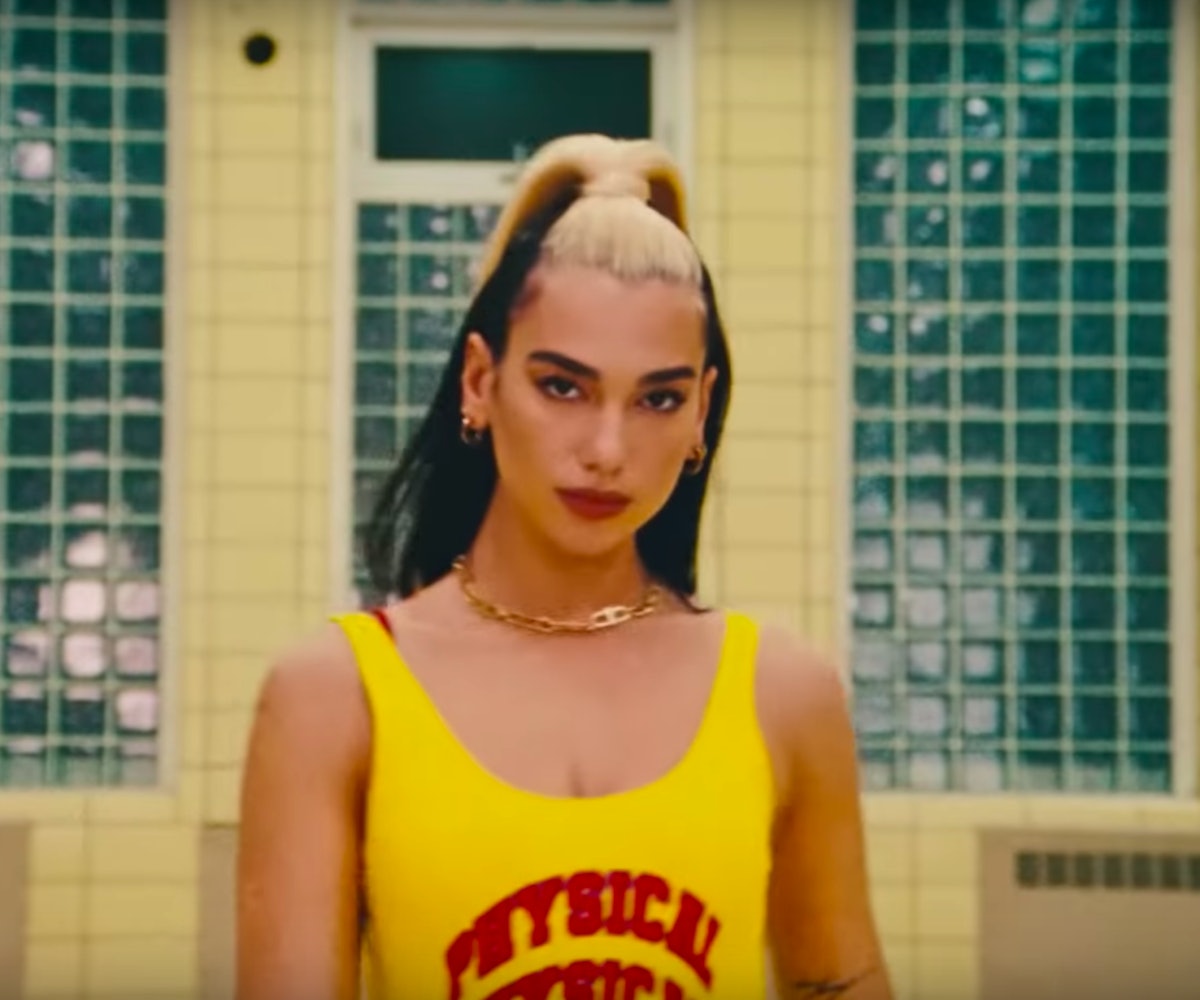 Ahead of the April 3 release of her new album, Future Nostalgia, Dua Lipa shared something truly special with fans, releasing a second music video for her single "Physical." However, this video is no ordinary affair, as Lipa used the song to soundtrack her very own '80s-inspired fitness video. Filled with sweatbands and VHS workout video choreography, the Dua Lipa 'Physical' workout video is a true treat.

Following days of social media teasers, which even included a mock VHS cover, the singer released the nearly six-minute long clip on Friday, March 6. "THIS SILLY WHACKY THING IS ALL YOURZ," she wrote on Instagram.

Leaning into the theme, Dua Lipa dons a yellow leotard emblazoned with the word "Physical," and leads one through an accompanying fitness routine throughout the video. Beginning with a few breathing exercises — for good measure, of course — the viewer is then introduced to the rest of Dua's workout crew.

Sharing a few encouraging words throughout the video, the singer leads her class — and you too, if you're following along — through some hip thrusts, a move called the rump shaker, and the step back, step touch. And don't worry, because the video even makes time for a water break. "Make sure you stay hydrated during your workout," Dua Lipa helpfully notes.

From the neon-colored mats to technicolor dance lights, "Physical," the workout video edition, isn't shy about incorporating a bit of the '80s in every second of Its clip. Even members of the class get in on the fun, donning a previously released leotard that features a manga version of the singer.

If the video has you feeling particularly inspired to hit the gym, an accompanying line of "Physical" merch was just released online. The drop features the bodysuit worn by Dua Lipa in the video, along with goodies including sweatbands and a bucket hat.

Ready to workout? Watch the video, below.

NEXT UP
Culture
Kareem Rahma Survives A Dinner Party From Hell In “Really Rich Parents” Video
Beauty
Dua Lipa’s ’90s Updo Is Hair Inspo For Your Next Night Out
Entertainment
Ebony Riley's "Deuce Deuce" & 9 Other New Songs Out This Week
Entertainment
Beyoncé Is Now The Most Awarded Artist In Grammy History
Style + Culture, delivered straight to your inbox.