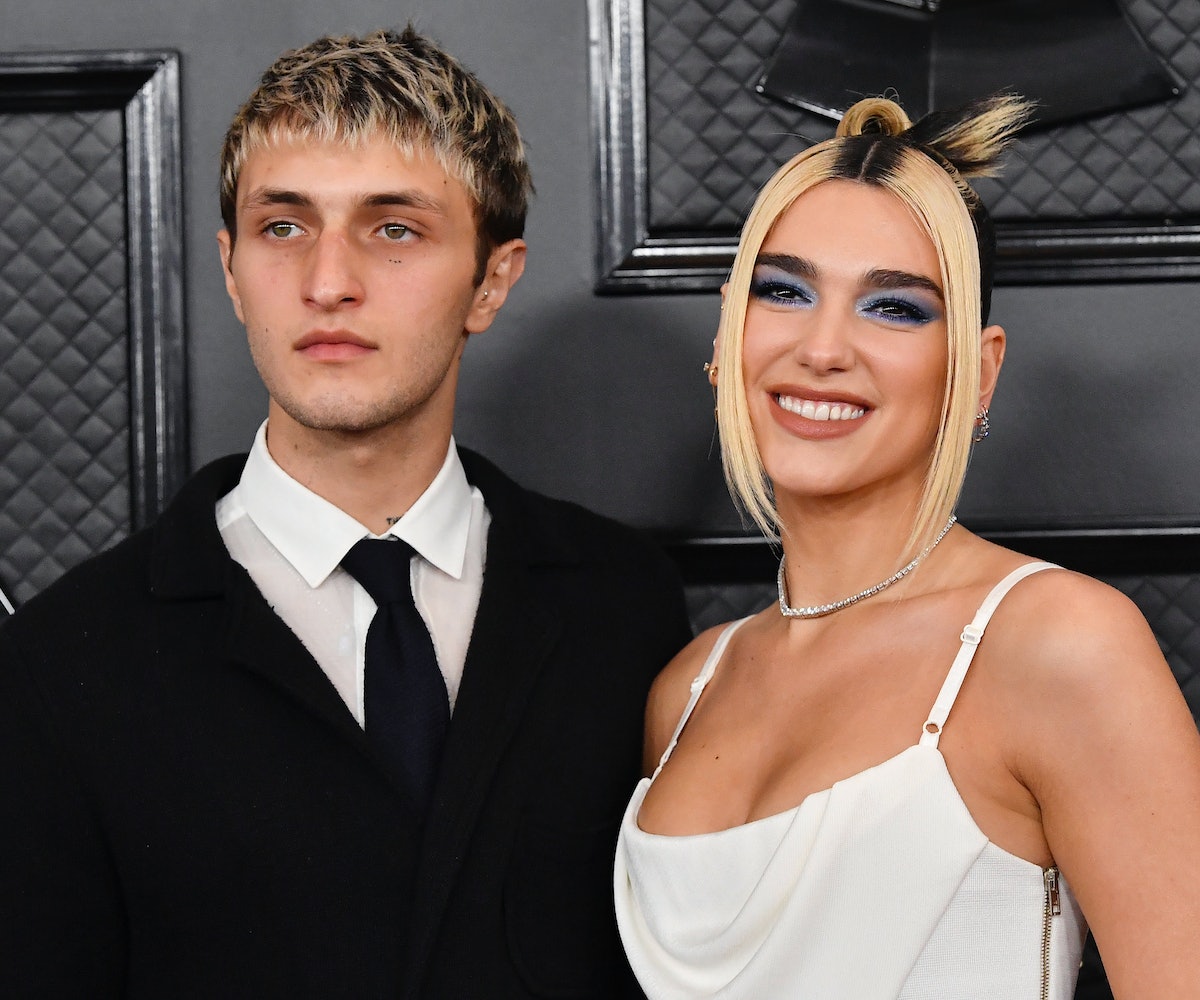 Photo by Frazer Harrison/Getty Images for The Recording Academy

Dua Lipa continues to be the queen of social distancing beauty experimenting. After acting as her own glam squad for a social distancing photoshoot and pairing a bandana with some bubble bath time, the singer has revealed a fun change in hair color. On April 16, Dua Lipa shared that she dyed her hair pink, and to accomplish the DIY dye job she turned to boyfriend, Anwar Hadid.

Posting her "quarantine diaries" on Instagram, Lipa shared that for "this week's experiment", she had decided to dye her hair pink. However, as the accompanying pictures showed, Lipa didn't dye all of her hair. Instead, she appeared to have left some of her natural brunette coloring, choosing to only dye the bangs and top of her head.

In another picture, the singer captured the dye process, showing that Hadid had acted as her colorist. Snapping a selfie while mid-dye job, Lipa's face was hidden behind her phone. Hadid was photographed taking the proper precautions, wearing green gloves to run the dye through his girlfriend's hair.

Along with a soft, pastel pink color change for her hair, Lipa revealed what else she has been doing during this time of social distancing. "I haven't acquired a new skill but I have joined world of warcraft," she wrote. "I've attempted a few morning facetime workouts with my friends and because ive still been doing bits of promo from home."

It's unclear whether this color change is temporary or permanent, but knowing Lipa's past major beauty looks, this likely won't be the last time she tries something new with her hair.

Peek through Dua Lipa's dye process and see her week in quarantine via the Instagram post, below.