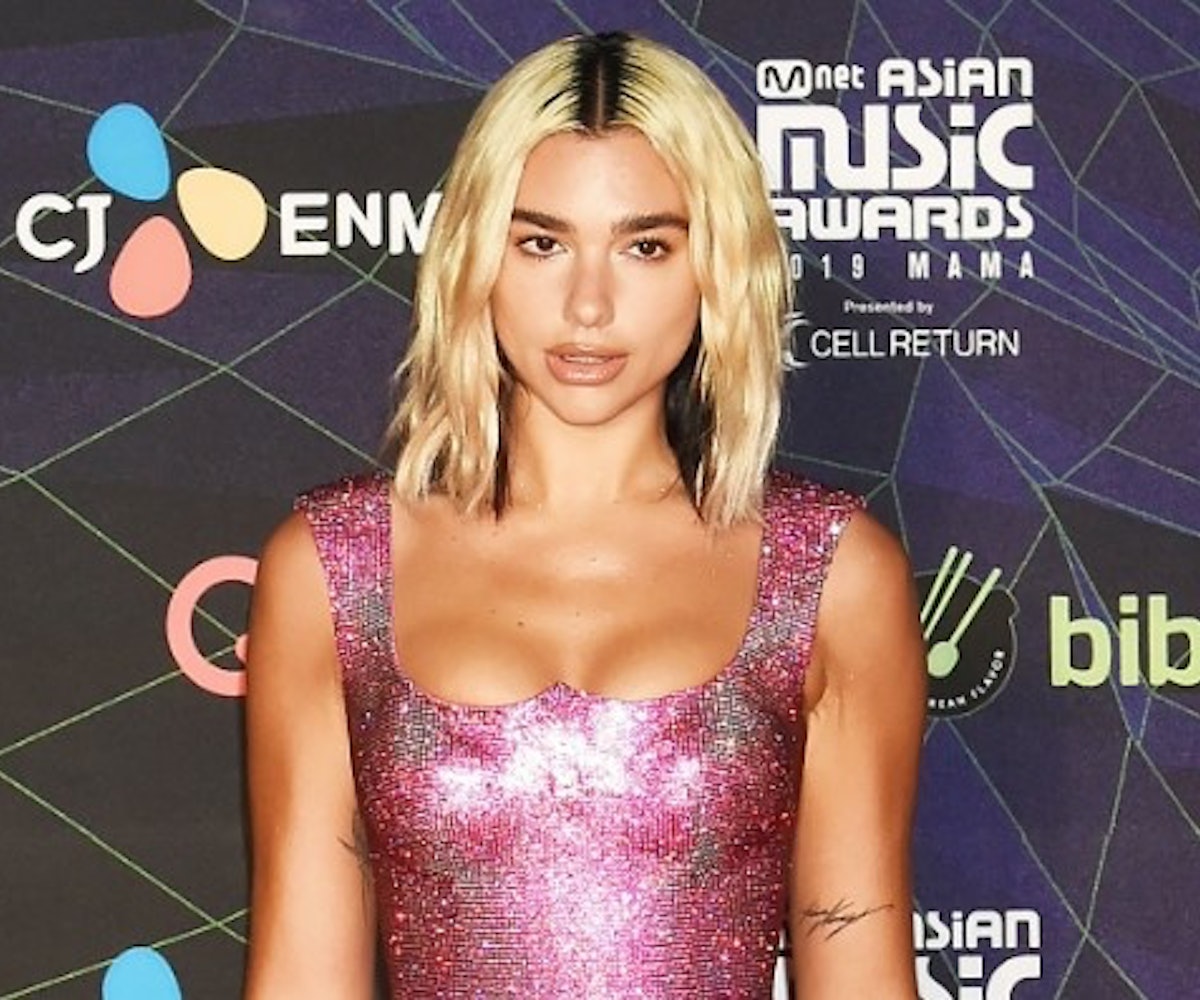 Dua Lipa must have seen Donatella Versace at The Fashion Award and thought: "I need that." The singer attended the 2019 Mnet Asian Music Awards to receive the International Favorite Artist award on Wednesday in Nagoya, Japan. Styled by Lorenzo Posocco, the singer wore a sparkling pink Versace dress, a mini-length version reminiscent of the one worn by Italian luxury designer herself earlier this week in London.

Lipa is a longtime Versace fan. She previously wore a gown by the fashion house during the 2019 Grammys, winning Best New Artist. She also wore custom looks for this year's Met Gala and after-party, as well as a Versace catsuit during a 2018 appearance on The Late Show with Stephen Colbert, the same one worn by her now-boyfriend's sister, Gigi Hadid, at the 2018 CFDA Awards.

And in case that wasn't enough for her, she also performed her new single "Don't Start Now" at the Mnet Asian Music Awards in an all-black Versace look, including a bra top with the label's signature buckles and straps.

Lipa is currently ramping up to release her new album, Future Nostalgia, which she announced earlier this week after dropping "Don't Start Now" at the end of October.

"What I wanted to do with this album was to break out of my comfort zone and challenge myself to make music that felt like it could sit alongside some of my favorite classic pop songs, whilst still feeling fresh and uniquely mine," she said in a press release. "I was inspired by so many artists on the new record from Gwen Stefani to Madonna to Moloko to Blondie and OutKast, to name just a few."

Those influences also lend to more good fashion to come out of the Future Nostalgia era, and we're more than ready to see it.