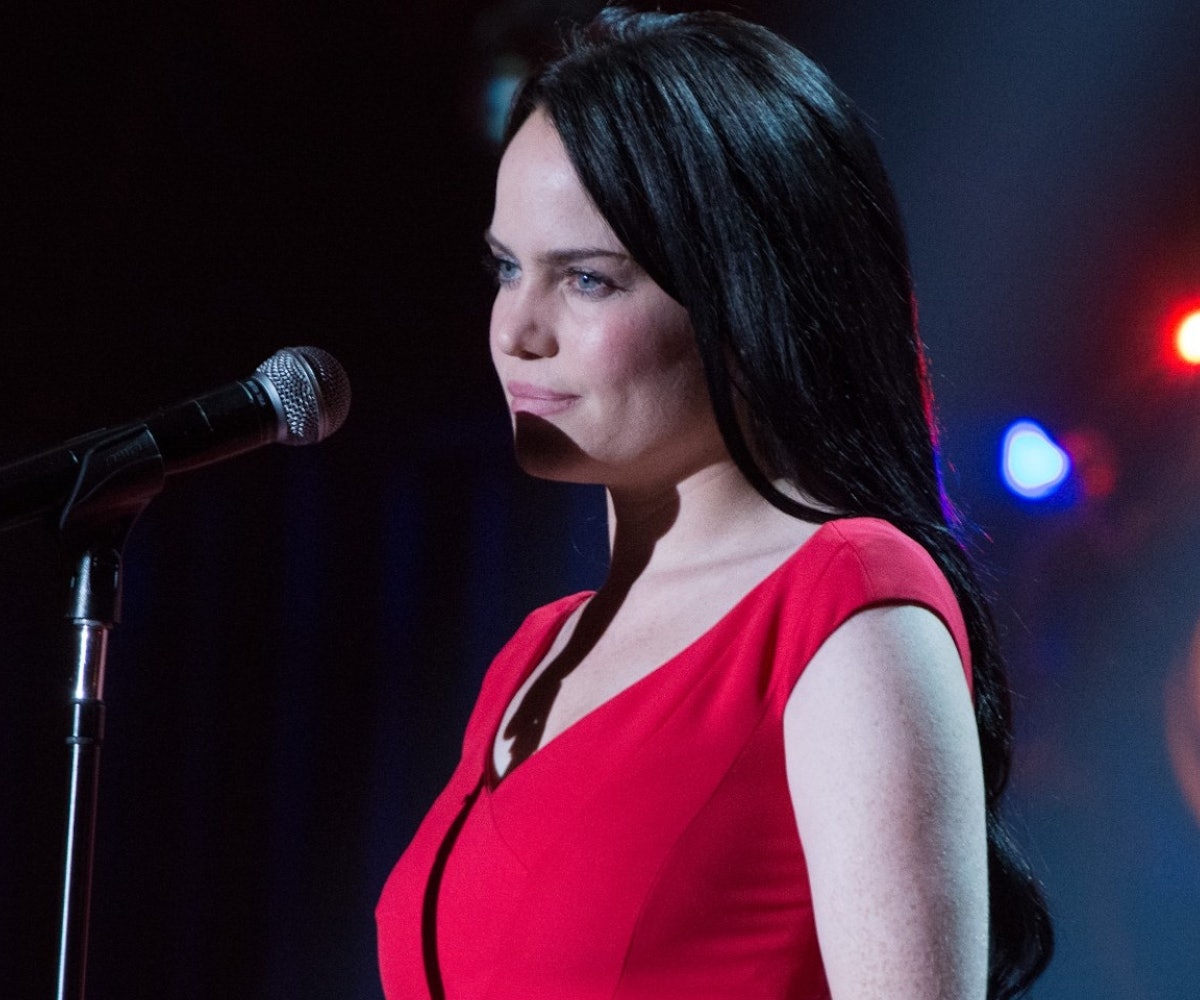 Duffy has released her first song in five years, a radiant ballad titled "Something Beautiful." The Welsh singer-songwriter, who sent the track directly to BBC Radio 1's Jo Whiley to premiere on Friday, accompanied the release with a personal note which stated: "It's just something for you to play people on radio during these troubling times, if you like the song of course. If it lifts spirits." She explained that she was doing this without her label's approval ("Universal Music & no one knows I am doing this"), and that she doesn't plan to release it officially.

Trigger Warning: Details of sexual assault.The release comes nearly a month after Duffy revealed the real reason for her ten-year disappearance in a heart-breaking Instagram post — that she was "raped and drugged and held captive over some days" and had since been taking time to recover from that traumatic experience. The post has since been deleted.

"Of course I survived. The recovery took time. There's no light way to say it," she wrote, before assuring her fans that she was "ok" now. "But I can tell you in the last decade, the thousands and thousands of days I committed to wanting to feel the sunshine in my heart again, the sun does now shine. You wonder why I did not choose to use my voice to express my pain? I did not want to show the world the sadness in my eyes. I asked myself, how can I sing from the heart if it is broken? And slowly it unbroken."

Though Duffy promised a future interview in which she would answer fan questions, the singer revealed in her note on Friday that it's been harder than she expected to do. "Tried to follow up with a spoken interview, but it's harder than I thought, I will follow up in writing soon," she explained in her latest update.

Duffy's last album was 2010's Endlessly. In 2015, she contributed three covers for the 2015 film Legend, in which she played American singer Timi Yuro. Read her full note, and hear "Something Beautiful" below.

Hope you are well and keeping safe.

Wanted to send you this to play on the radio, if you want.

You may have read the words I wrote a few weeks back, I do feel freer.

Tried to follow up with a spoken interview, but it's harder than I thought, I will follow up in writing soon.

Universal Music & no one knows I am doing this. They won't be mad, they are lovely people.

So here's a song … here's "Something Beautiful". It's just something for you to play people on radio during these troubling times, if you like the song of course. If it lifts spirits.

I don't plan to release it, I just thought a little something might be nice for people if they are at home, on lockdown.