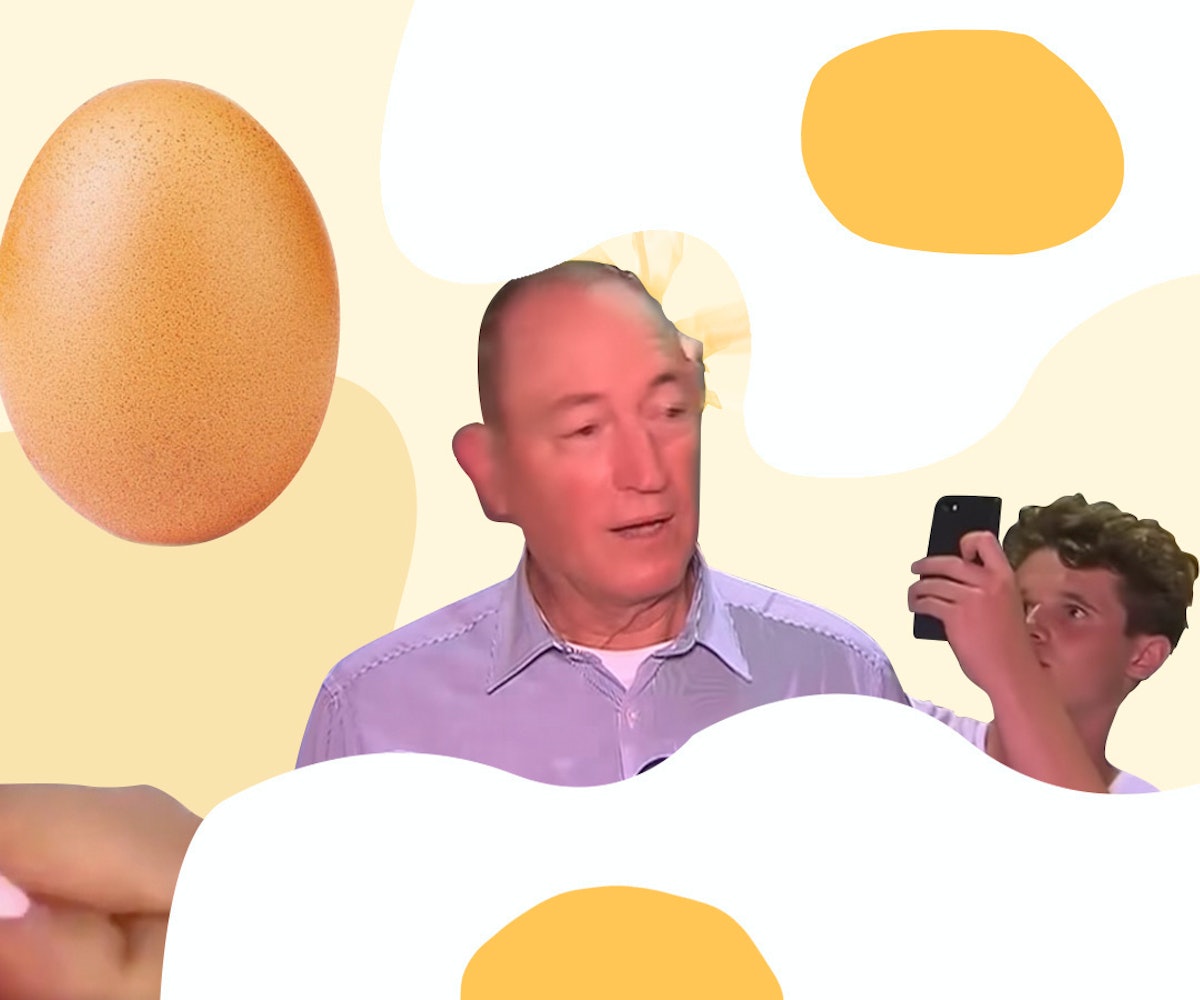 When the Instagram egg first went viral I thought it was a fluke. The internet banded together to help an inanimate object overthrow a Jenner? Cute, I thought, an example of how tired we are of the Jenner-Kardashians. I didn't think that the egg was anything special.

But then came other eggs. It showed up in a viral makeup tutorial, Miley Cyrus' pregnancy denial, both Burberry and George R. R. Martin introduced their own eggs. Eggs were everywhere.

There's this egg salad sandwich that "drew eyes" on Instagram, which is New York Times talk for going viral. Then, over the weekend, a young boy weaponized the food item by cracking it over an anti-immigration, bigoted Australian politician's head. And in more egg-focused news, that is perhaps a way to halt the egg's growing popularity, a new study was released just this week that claims eating three or more eggs a week is bad for your heart (now, how true that study is, remains unclear). As they say, three makes a trend, anything more than that is a phenomenon.

But why the egg obsession now? Well, in a way, we as a culture have always been obsessed with them. Decorating and searching for them on holidays, regulating women's, even putting jade versions of them up our vaginas (please don't do this anymore). The egg has a pervasive presence, and part of that has to do with how delightfully simple they are.

I recognize that some people don't like eggs, and I hope those people find happiness someday. But unless you're vegan or allergic, there's no reason for the hate, because not only are they delicious, but they also happen to be one of the most transformable foods out there. Runny is always better (fight me), but if yolk grosses you out, you can have your eggs boiled, scrambled, or over hard, if you like to be difficult. They add texture to bland salads, substance to ramen, and protein to your diet.

But in the same way they're simple aesthetically, they also reveal themselves to be quite complex. They can break if you're not too careful, but they can also harden when heated. They have layers, just like the Instagram egg which appeared pretty plain at first, but turned out to be a mental health PSA. You never know what you're going to get.

So, while whether we're dealing with a Baader-Meinhof phenomenon or a real one is still unclear, Elle already anointed 2019 the Year of the Egg back in January, and we don't see anything else taking its spot anytime soon.