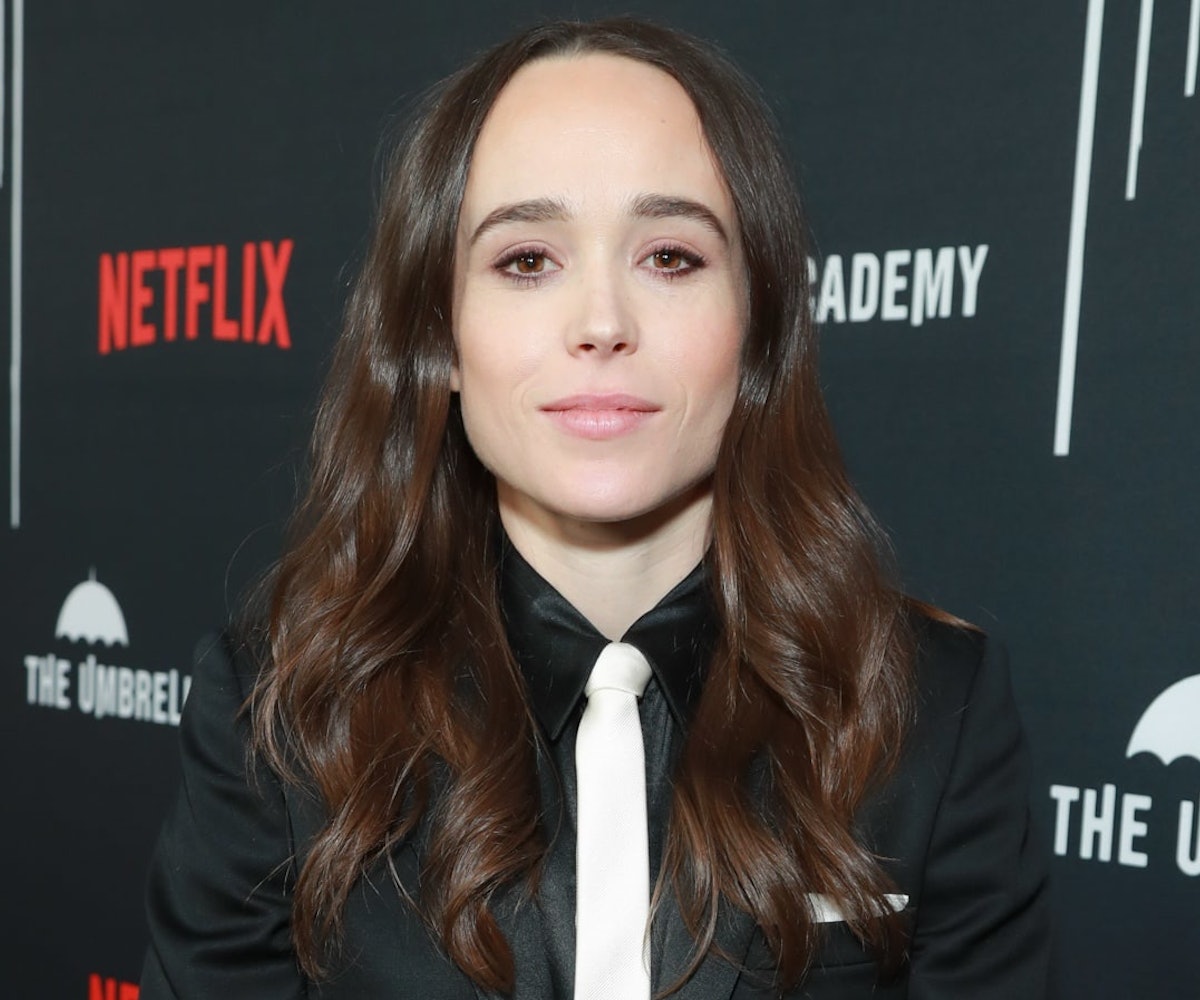 In a new interview for Porter magazine, Ellen Page revealed that she was told that she should not come out as gay.

"I was distinctly told, by people in the industry, when I started to become known: 'People cannot know you're gay,'" she said during the interview. She also noted that she was told to wear more feminine clothes in order to pass as straight. "I was pressured—forced, in many cases—to always wear dresses and heels for events and photo shoots. As if lesbians don't wear dresses and heels. But I will never let anyone put me in anything I feel uncomfortable in ever again."

Page also talked about the traumatizing experience of being closeted and seeing articles spread rumors that she was gay, which she said was "very detrimental to [her] mental health." "I was 20, I had just fallen in love for the first time with a woman, and I was still navigating my own stuff, while people were writing articles headlined: 'Ellen Page's sexuality sweepstake,'" she said. "There was a tabloid magazine that I saw at every checkout, in every gas station, with a picture of me on the cover, and the question: 'Is Ellen Page gay?'"

She did note, though, that "things have gotten better" in the industry, and it's no longer as taboo to come out as it was when she did in 2014, and when she was younger and still closeted. "I remember being in my early 20s and really believing it was impossible for me to come out. But, over time, with more representation, hearts and minds have been changed," she said. "It doesn't happen quickly enough and it hasn't happened enough, particularly for the most marginalized in the community."

Now, Page says, she feels "a sense of responsibility" to represent the queer community. "I want to be able to help in any way I can, and I want to make queer content." And she does help: Just days after the Porter interview, said the writer, Page gave an impassioned speech slamming the Trump administration on Stephen Colbert's Late Show. Thank god she's not silent anymore.