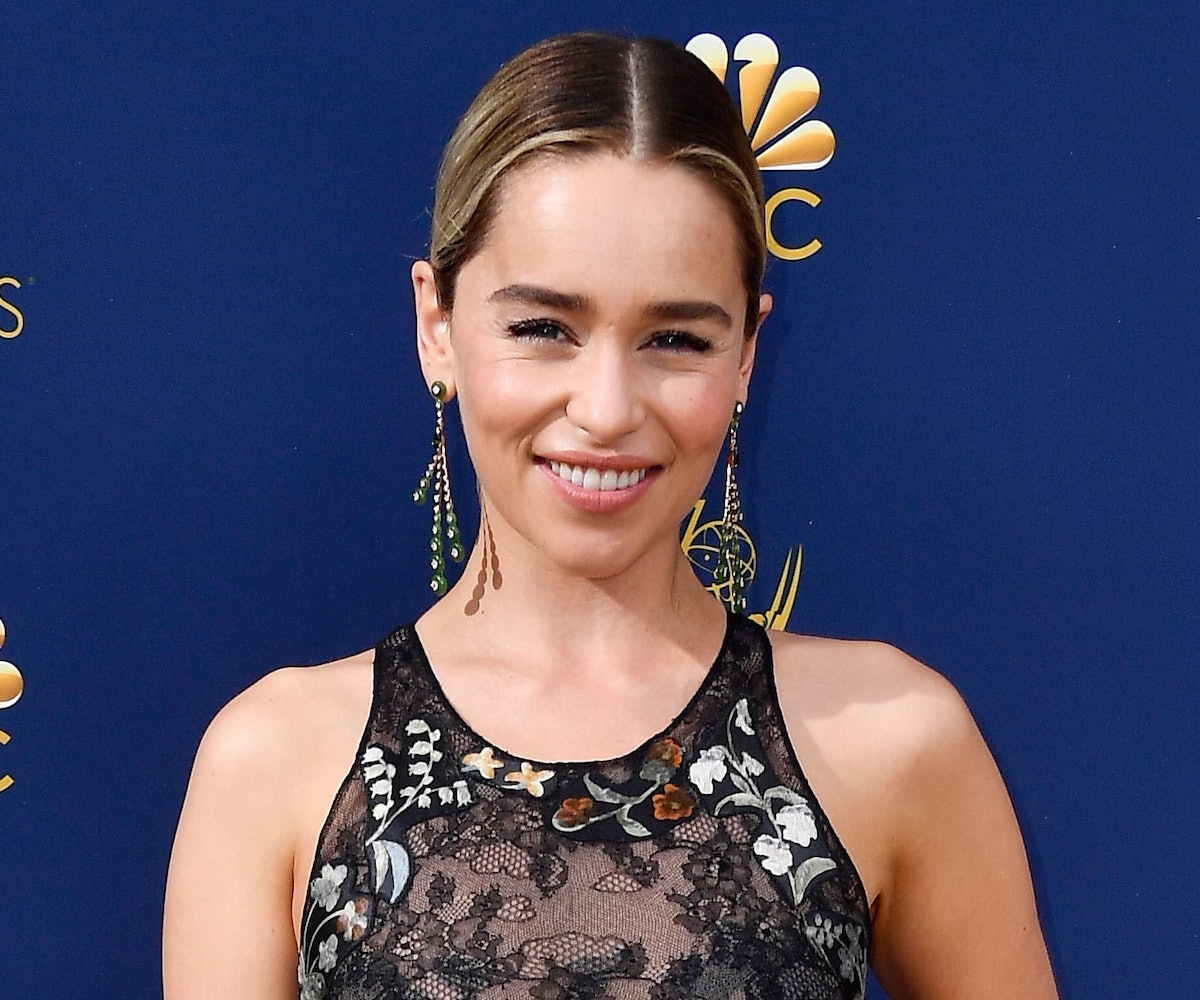 In a personal essay for The New Yorker, Game of Thrones actress Emilia Clarke details her harrowing battle with two brain aneurysms, which she says almost killed her. Clarke's essay describes the two surgeries that she underwent, and her uphill health battle.

The actress writes that, after filming the first season of the hit HBO series, she was working out with a trainer when she started experiencing "shooting, stabbing, constricting pain." She collapsed in the bathroom of the gym and was brought to the hospital where it was revealed that she'd suffered a subarachnoid hemorrhage (SAH), which is "a life-threatening type of stroke, caused by bleeding into the space surrounding the brain."

Clarke underwent "minimally invasive" surgery which resulted in aphasia, a condition that left her unable to speak intelligibly. "In my worst moments, I wanted to pull the plug," she says. "I asked the medical staff to let me die. My job—my entire dream of what my life would be—centered on language, on communication. Without that, I was lost."

The aphasia eventually passed, but while in the hospital, Clarke was told that the doctors found a second aneurysm, and that it could "pop" at any moment, but that it was small and therefore may remain dormant forever. She spent the time working on the second season of Game of Thrones constantly fatigued and worried about the fate of her aneurysm. "If I am truly being honest, every minute of every day I thought I was going to die," she says.

After a now-routine brain scan, she says that she found out the small aneurysm had doubled in size and had to be removed immediately. What was supposed to be a short procedure ended with complications, and the doctors had to operate by opening up her skull. After the surgery, she spent a month in the hospital and reveals that, at times, she "lost all hope." She suffered from panic attacks and says she often felt "like a shell of myself." She continues:

I now have a hard time remembering those dark days in much detail. My mind has blocked them out. But I do remember being convinced that I wasn't going to live. And, what's more, I was sure that the news of my illness would get out. And it did—for a fleeting moment. Six weeks after the surgery, the National Enquirer ran a short story. A reporter asked me about it and I denied it.

Now, at the end of the Game of Thrones series, Clarke is intent on telling her truth, and showing how she got through it. She feels much better, both physically and mentally, than she did before. She's also helped develop a charity called SameYou, which helps people recovering from brain surgeries and strokes.