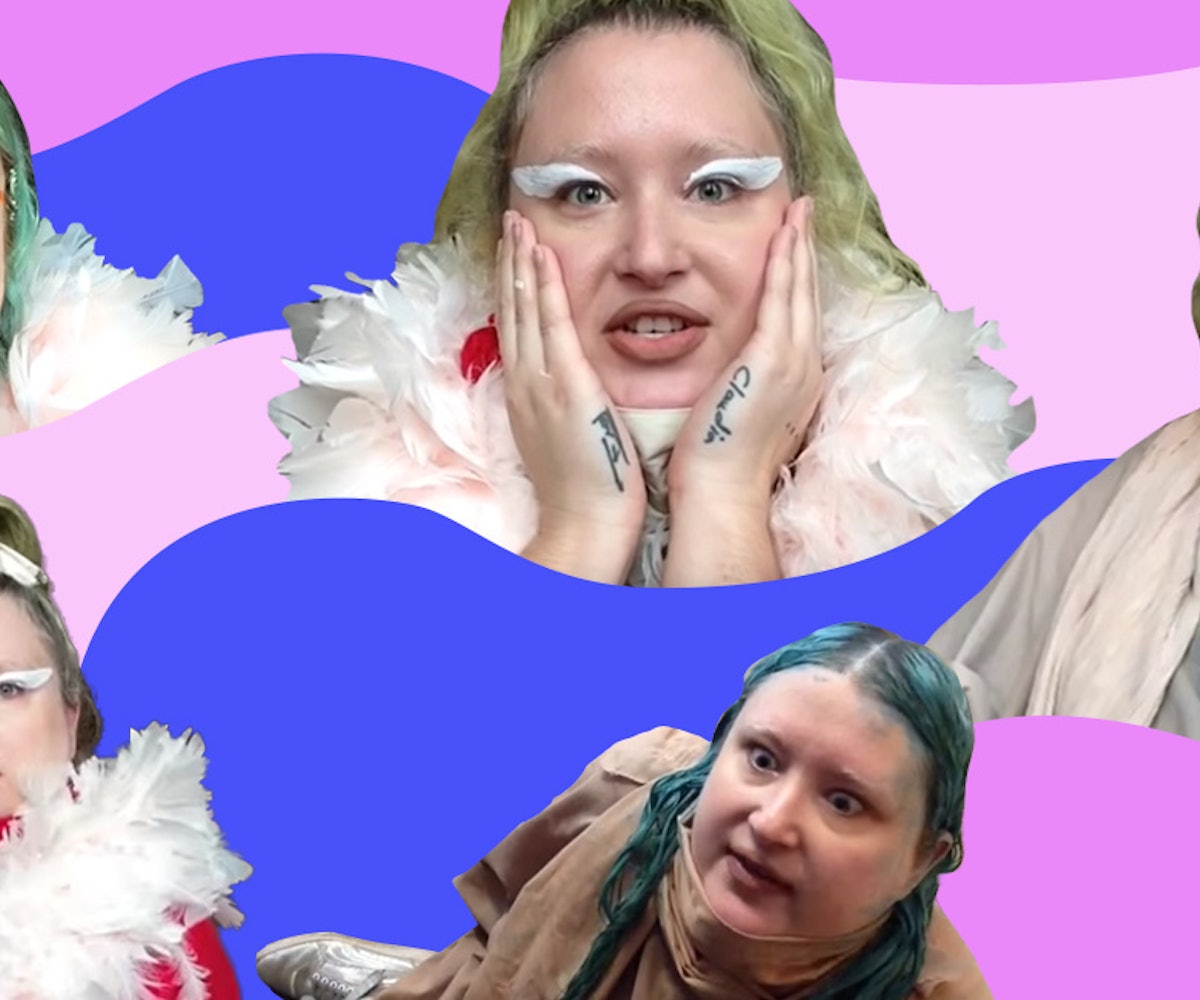 There are so few places left on the internet that make me feel safe anymore. But, when I was a teenager, the internet was a space to find solace, to find people who seemed as obsessive and as alone as I felt. Going online was a sacred ritual: I would come home from school, shut everyone else out, and spent hours crafting corners of the internet that suited me. I played Doll Makers; I customized my MySpace to death; I personalized my blogs; I forgot everything about the day that had made me sad. Now, it is the internet that makes me sad, thanks to the time I spend on Twitter reading the news—a constant barrage of sexual assault and climate change and poverty and really, really bad opinions.

But I do have one online ritual that's still sacred. Every single night I settle down to watch YouTube videos, a respite from Twitter and other platforms that feel a little too close to work. I turn to the platform's story-times to be lulled to sleep by the sound of a person talking for 20 minutes about something inconsequential that happened to them. For all of the YouTubers I watch, though, the one who makes me feel the most like I'm once again dipping my toe into the private, obsessive, anonymous internet of the mid-2000s is Emilia Fart.

With her cartoon character costume of colorful dresses that she makes herself on a sewing machine, bleached eyebrows, and a scarf up to her chin, Emilia Fart has described her style as an "obese, deranged Judge Judy." Whatever your perception of her, it is impossible not to notice that she is entirely different, in both content and appearance, from every other YouTuber. In a platform dominated by perfect makeup, sponsored content, inter-vlogger beefs, and overexaggerated storytelling, Emilia Fart is a return to an internet that felt built for outsiders. Of course, now that she has over 700,000 subscribers, Emilia has moved away from being genuinely niche, with legions of fans and her own merch, but she still retains that sensibility. Because she became so popular with videos that move effortlessly between genuine sincerity and performance art, it's still something that she sticks to today.

Her videos are divided into playlists titled "Getting weird in public," "Breakdowns," and "Ass shots," among others. And, sure, those titles could be read as clickbait, but there's more subversive content within, like, "How to cure a cold by being a clinical narcissist," and "I'm hiding in a laundromat and I'm not coming out"; Emilia is entirely authentic as she darts between grandiose movements, over-the-top gestures, and painful, genuine honesty. She talks loudly about her own mental health, self-perception, and how she sees the world—whether she's sobbing in the bath or harassing strangers in the street, she begs to be understood. Where other YouTubers are either watered down and palatable or shocking for the sake of being shocking, Emilia walks the line between human and caricature in a way that is deeply endearing.

Emilia Fart knows that you have no idea whether she's playing a character or not. That's what keeps you watching, and it's why she has an entire playlist—"Emilia Fart explained"—in which, through videos where she reveals her past as a "normal" teenager or the reasons for her never-changing costumes of a scarf over her chin, she breaks down who she is beneath the walls she's built. In "is Emilia Fart a character- or is she real?" Emilia begins the video by shouting: "What is real? What is fake in this world? Are what you can see and touch the only real things?" She's hinting toward the more philosophical, existential themes that run through her other videos. She takes topics that could be approached flippantly and gives them warmth; explaining that the things she does in her videos are the things that she does when she's alone to make herself feel better. She reassures the viewer that what she says in the videos is what she believes in, who she is. It's who she is when people aren't watching—the truest representation of the self, and something we all struggle to present online. We put up walls and distance ourselves from the us that we are online, where, in the past, we aimed for complete self-expression. Emilia Fart takes us back to that. "Who I am in my videos is who I am with myself," she says, sitting in a snow-covered field and sipping Diet Coke. And I believe her.

Being obsessive isn't cool. We water down our obsessions to be palatable to others, but in the early days of the internet, it was a safe space for us obsessive nerds to find people just like us. Emilia feels like a throwback to that, as through her videos we experience her genuine, all-encompassing obsession with mainstream vlogger Trisha Paytas. Trisha, too, got her start in painfully honest vlogs, sitting sobbing on her kitchen floor and sharing long stories. In her truths from the bathtub series, Emilia, like Trisha, eats and speaks openly. They aren't so dissimilar: Trisha, too, is painfully honest; in recognizing that humanity and kinship with Paytas, Emilia developed a very uncool obsession with her to the point of creating a 20-video playlist dedicated to her with titles like "I'm sorry Trisha Paytas- I can't do this anymore" and "My formal apology for using Trisha Paytas"; Emilia even got Trisha's face tattooed on her body. Recently, though, Emilia Fart posted a photo that points to a collab with Trisha, offering up evidence that, while obsession can be harmful, focusing on what you want, no matter how distant it might seem, can lead to a realization of your goals.

Emilia Fart's videos, despite drawing viewers in with tempting, ridiculous video titles, are different than shock-factor stories. The wild cutting, poses, costumes, and varied settings, as well as Emilia's commitment to really telling her truth, make her videos feel more like theatre pieces. Most importantly of all, though, is the message. After drawing you in with the ridiculousness, Emilia will break into honest, thoughtful monologues; she is frank about her mental health, her flaws, her obsessions. She confronts her family about how they see her, something any of us would struggle to do. She discusses her personal issues candidly and with clarity, with heartwarming and genuinely thought-provoking comments about our world that describe wider issues with which we all deal.

It takes a lot of courage to put all of yourself online in 2019. Emilia Fart hides, a little, as we all do. But underneath the scarves and bellowing voice that she uses to hide herself a little from the scary world, there is a genuinely vulnerable and honest girl whose videos are so pure and so human that it takes me back to a time when I didn't have to pretend online; I didn't have to be professional, or cute, or hide my mental illness or obsessive nature. A time when the internet was my private space to be myself. Emilia Fart has found the audience she deserves, now, but her videos still feel like they belong just to me. But, I'm sure they feel like they belong to her other 700,000 subscribers too.