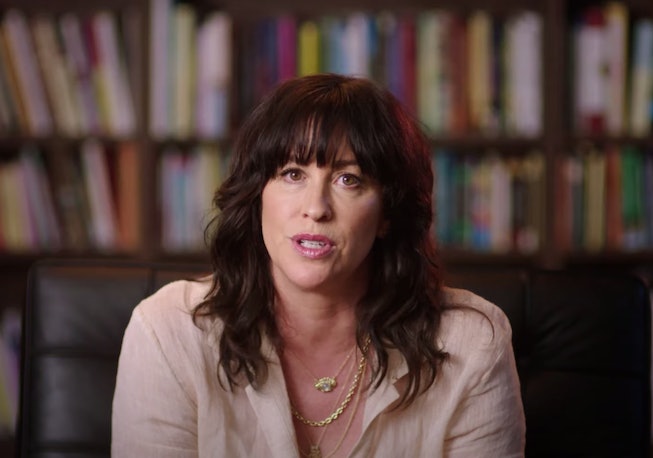 With music documentaries on the rise, it’s no surprise that Canadian rock-star Alanis Morissette received her own feature. The Grammy-winning singer rose to fame in the mid-90s after her wildly popular third-studio album, Jagged Little Pill was released. Through 13-tracks, Morissette brazenly sang about pain and empowerment, with relatable lyrics and catchy melodies. The record was an instant-classic, selling over 33 million copies worldwide and winning five Grammy-awards that year.

In turn Morissette became a household name, but few people understood the immense stress and pressure she was under as a young celebrity. The singer recently collaborated with HBO and award-winning director Alison Klayman, to share her story in the new documentary, Jagged. However, upon seeing the first cut, Morissette refused to attend the film’s premiere, stating she’s unhappy with the film’s portrayal of her younger self. In the documentary, she opens up about numerous accounts of sexual assault, and claims that Jagged was edited with a “salacious agenda” and “includes implications and facts that are simply not true.”

Though the film is still on track to premiere on November 18th, Morissette has continued to speak out against it. Here’s everything we know about the controversial documentary so far.

The first trailer for Jagged follows the release of the album Jagged Little Pill and its aftermath.

The film reportedly begins with Morissette’ early days as a dance-pop prodigy. It then transitions to the creation of Jagged Little Pill — which was made with producer Glen Ballard — and the 18-month tour following its release. Throughout the film, Morissette shares details of what happened behind the scenes.

“People would say, ‘Wow! You’re so brave. You’re so empowered,” Morissette recounted of the album's release in a trailer for the doc. However, as the singer explained, most people failed to understand the larger meaning behind her lyrics. “I can’t write all these songs without obviously having been disempowered,” she said.

In the documentary, Morissette reveals she was sexually assaulted on numerous occasions.

While everyone praised her newfound success, the singer alleged that many men took advantage of her. “It took me years in therapy to even admit there had been any kind of victimization on my part,” she said in the film. “I would always say I was consenting, and then I’d be reminded like, ‘Hey, you were 15, you’re not consenting at 15.’ Now I’m like, ‘Oh yeah, they’re all pedophiles. It’s all statutory rape.”

Morissette declined to provide the names of the alleged offenders, but she did recall asking for help at the time. “I did tell a few people and it kind of fell on deaf ears,” she said. “It would usually be a stand-up, walk out of the room moment.”

Morissette said she and the director had a different vision for Jagged.

In an interview with The Washington Post, Morissette expressed feeling blindsided by the film's edits. “I sit here now experiencing the full impact of having trusted someone who did not warrant being trusted,” she said. “This is not the story I agreed to tell. I was lulled into a false sense of security, and their salacious agenda became apparent immediately upon my seeing the first cut of the film. This is when I knew our visions were in fact painfully diverged.”

Jagged director Alyson Klayman is hoping Morissette changes her mind about the film.

According to The Washington Post, Klayman expressed hope that the singer would come around, despite her refusal to attend the premiere. “It was a privilege to make this film and I’m really proud of it,” Klayman said. “Hopefully there will be other opportunities in the future for her to come to film events.”

Morissette is currently working on a comedy series inspired by her life.

Though the singer is unhappy with the HBO documentary, she’s not done telling her story. According to Variety, Morissette is currently working with ABC to develop a sitcom based on her life, in which she has more of a hands-on role. If the series goes into production, she’ll serve as the executive producer while writing original music for the show.