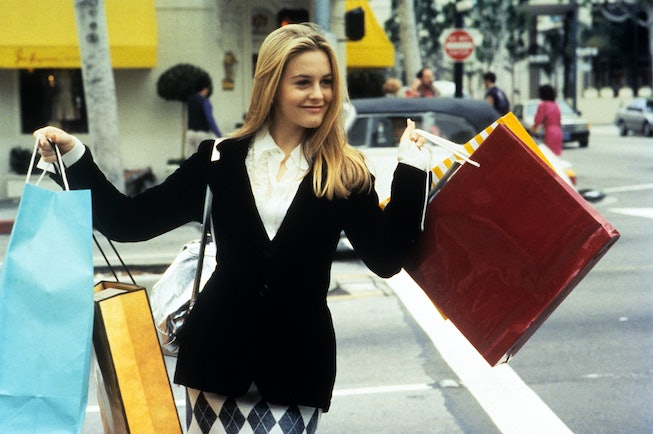 Did you think we’d forget about the anniversary of Clueless? Ugh, as if.

Twenty six years ago today, the cult classic was released and it still holds up as one of the funniest coming of age tales to date. Clueless follows Cher, a popular, fashion obsessed teenager, who falls from grace after turning a frumpy new student (Brittany Murphy in her iconic turn as Tai) into the hottest girl in school. Alicia Silverstone, who played Cher in the 1995 film, decided to recreate an infamous scene with her son, Bear Jarecki. The video, which was created on TikTok and shared on Twitter, features Jacrecki playing Cher’s father and critiquing her outfit.

“What the hell is that,” he lip syncs over the scene's original audio. “A dress,” Silverstone responds. “Say’s who,” he retorts before she replies, “Calvin Klein.”

The video quickly went viral, racking up 2.7 million views on TikTok and 9.5 thousand on Twitter while fans discussed their favorite scenes (and outfits) in the comments. Since the film's initial release Silverstone has starred in a plethora of films and tv shows, but none compare to the infamy of Cher - everyone’s favorite, charming, Beverly Hills queen.

Head to HBO Max to watch the 90s hit, re-ignite your love for plaid, and fangirl over a young Paul Rudd.