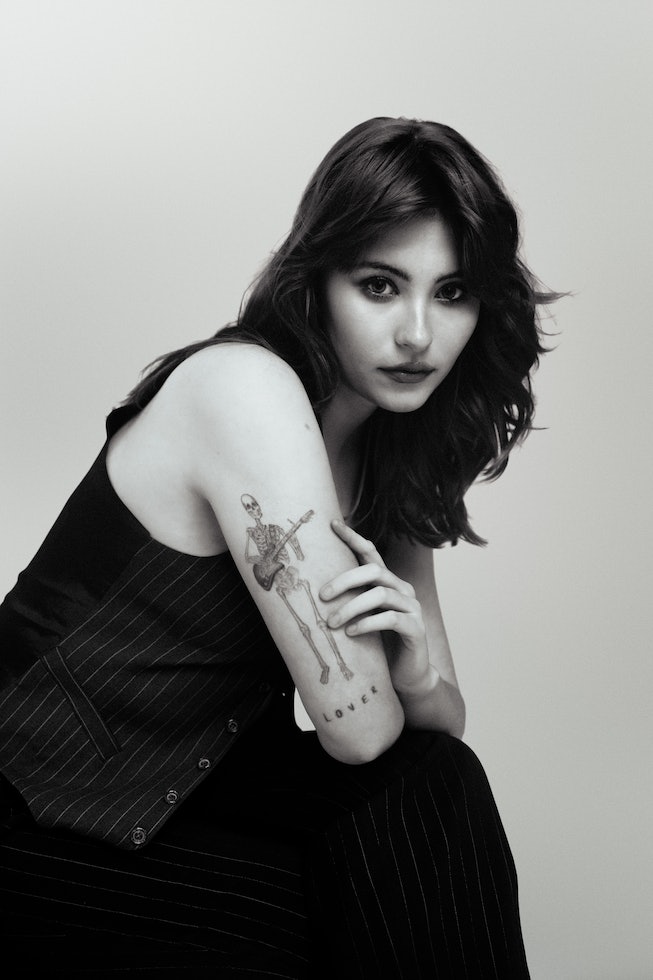 There’s no one way of coming out. In that spirit for Pride 2022, NYLON asked six queer musicians to share their coming out stories. Below, rising singer songwriter Allison Ponthier shares her experience of growing up in Texas, finding her queer community in New York and how coming out improved every aspect of her life.

It’s really the classic story of, when I looked back at my life, when I had realized that I was gay, there were so many signs and I just, I didn't pick up on them even though it was so obvious. I grew up in Texas. I changed schools a lot because my parents moved around a lot. And so I really struggled to make a lot of meaningful, long-lasting friendships as a child. I found a lot of solace and comfort in doing my own thing, whether it was drawing or music or movies — I really thrived in creative environments.

So when I reached middle school, I realized I was just a little bit different than my peers. And it was the first time I experienced a crush on a friend who was a girl. I immediately was terrified. The only thing I had ever heard about lesbians is that they're ugly or gross or predatory. And I really didn't hear that much else about queer people, specifically lesbians. I think that one of the hardest things about me coming to terms with my identity was that, not even just people saying homophobic things, but people saying nothing at all. I think people saying nothing at all about queer people really amplifies the negative things you hear.

When I was 14, I was terrified that I was gay and I was like, "I can't deal with these feelings now." And so I put them in a place, like in my chest cavity, and it wasn't until I was in high school, around 18 years old, that I remembered that feeling. I repressed it and then I remembered it. And I was in the closet until I was 21.

I know there's tons of incredible, vibrant queer people in Texas. And I really admire them for coming out in a place that isn't necessarily always super supportive of them. But to be honest, a really big proponent for me feeling more comfortable was moving to New York and just being around other queer people more. Once you're around queer people, it's not scary, it's not othered. It's not this other entity. It's people you love and care about that are just like you and you see so much of yourself in.

When I was 19 years old, I was in New York for a short while, and I saw a lesbian couple that was pregnant. They were having a family together. I just saw them on the subway for a minute, maybe. I went home to where I was staying and I got really teary eyed about it. And I didn't know why, because I still kind of wasn't out to myself, even though I was interested in dating women at the time. I still was kind of in denial. And I got super, super teary about it. And I thought about it everyday for years, because I thought that was something that wasn't possible. Whenever people described being gay to me, it seemed almost torturous. And here I am on the subway with two women who love each other so much, and they're going to have a kid together. I don't know the details about their life, but it's so normal. That's one thing that was kept secret for me, is it's literally so normal, it's like, not groundbreaking. So for me, it meant a lot to me. And I don't know if those two people are still together. I don't know what their life is like, but it meant a lot to me in that moment.

When I came out, I had started dating my girlfriend, who's still my girlfriend by the way, for five years. But I met her and I was just like, "Wow, what an incredible person." It was the first time I had ever really considered that I can't hide this from my family, because I want her to be a part of every aspect of my life, and I'm so proud of her. So I started going to therapy and that really helped me in my coming out process. And it's a huge privilege, not everyone gets to do that, but I would be wrong to not shout out my therapist, who I've been seeing this whole time. I think that if you can get a therapist that can speak to and understand your experience, it's so valuable. Me realizing that this is my partner kind of gave me a little bit of the strength to do a very scary thing, which is come out to my family.

Not everyone has the luxury of feeling like they're safe when they're coming out, but I eventually did. And my parents, I mean, they know my girlfriend, they love my girlfriend. And even if it took time getting used to, I'm so happy that I did it. And I'm so happy that I advocated for myself and stood up for myself. I think sometimes you have to think about yourself, like you're a friend, instead of yourself, to do the right thing and be kind to yourself.

Coming out totally changed my life. It changed my life in every aspect. I feel like when you are in the closet or even when you're just repressing things, whatever it is you're repressing, sometimes you can accidentally repress other things. The way that it was described to me is like, when you are trying to turn off your emotions or you're trying to make everyone else comfortable, you can accidentally turn off other really great things. Like maybe things you're interested in, maybe turning off your own happiness by accident, even though you're only trying to repress one feeling. So when I came out, I learned tons of stuff about myself again. It was almost like I didn't know myself at all.

It helped me realize how I like to dress. What kinds of people I like to be around. How I enjoy connecting with people. Even me getting diagnosed with ADHD later on in my life, I don't think that would've happened if I didn't also care about myself enough to come out. And I know that sounds crazy, but it's just like, if you're terrified to look inward in one way, it's really hard to look inward in other ways. So for me personally, it kickstarted me loving myself in ways that relate to me that are even not queer things.

The first song I made is called “Cowboy,” and it's explicitly about my experience after moving to New York and coming out. It's all about how you can't run from yourself no matter where you go. You eventually have to come to terms and mature through actually getting to know yourself and loving yourself. To be honest, almost all of my songs are about identity. A lot of people love writing songs that are love songs, about their relationships with other people. For me, I am obsessed with writing about my relationship with myself, because songwriting is my tool for figuring it out. I think a lot of people journal, and this is like journaling. And also I have so many questions, like as I get older, I never stop wondering or trying to get to know about myself.

Queer identity is a huge part of my songwriting. “Late Bloomer,” for instance, is about the kind of second puberty you get after coming out and getting to rediscover yourself again. I think that being a queer person is so much more than who you love or who you're attracted to, it's about this feeling of otherness, but finding community in otherness. It's also about really looking at yourself and having a relationship with yourself outside of just living in your own body. For me, being a queer person has illuminated so much about who I am that I fear that like, if I wasn't a queer person, I don't know if I would like really have the incentive to look inward this much.

If I had to give advice to myself, truly, I would just tell myself what my life is like now, because I don't have any major regrets. I wish things would've gone smoother, but it's all made me who I am now. So I would just tell them how great it is now and like, obviously I have my own struggles now, but mental health wise, I'm so much better and better because I've come out. In terms of advice about coming out, I really have to say, just wait until you're ready. Coming out never stops. Once you start coming out to people, it never ends. So it really has to be when you're ready and you have to do it for yourself. Not everybody's in a safe situation, not everybody has the luxury to come out tomorrow. It doesn't make you any less of a queer person. It doesn't make you a bad queer person to wait until you're really ready to do it. It's so emotional. It's a beautiful experience.

NEXT UP
Entertainment
Meet Amy Allen, The Grammy-Nominated Songwriter Behind Pop's Most Honest Hits
Entertainment
Beyoncé Is Now The Most Awarded Artist In Grammy History
Entertainment
Harry Styles' "As It Was" Grammy Performance Featured A Silver Tinsel Onesie
Entertainment
Taylor Swift Sparkled In Midnight Blue On The 2023 Grammys Red Carpet
Style + Culture, delivered straight to your inbox.