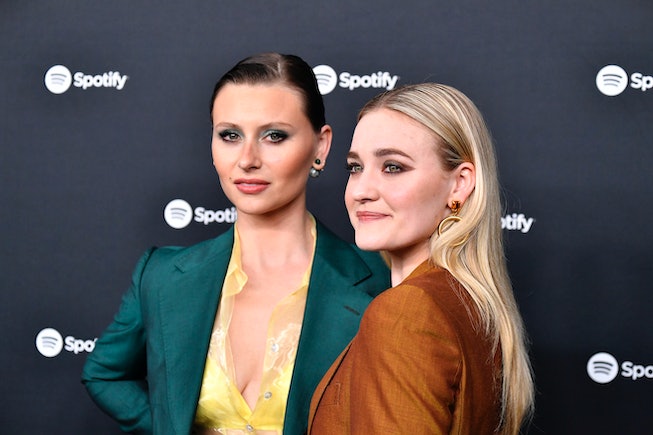 It took too long, but we made it: pop duo Aly & Aj overjoyed fans by dropping an explicit version of their 2007 pop-rock anthem, "Potential Breakup Song," on Tuesday. The song was a hit when it first came out on their album Insomniatic and has remained a fan favorite in the decades since, but has seen a recent resurgence in popularity due to — what else? — TikTok.

The new version of the beloved song sounds like the original, with the addition of a few profanities and edgier lyrics. “So you better think clearly, clearly / Before you nearly, nearly / F*ck up the situation that you’re gonna miss dearly, dearly / C’mon,” the new version goes, adding in an f-bomb to amp you up even more against your stupid ex-boyfriend than the radio-friendly edit would.

The sisters have been dropping a new single each month in the lead up to their new album, which will drop this spring. “Attack of Panic,” “Joan of Arc on the Dance Floor,” and the recent “Slow Dancing” all came out this year.

Listen to the new, dirty version of "Potential Breakup Song" below.