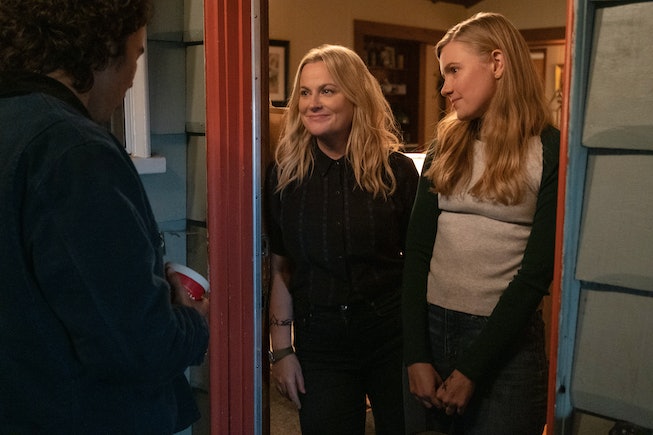 Amy Poehler's returning to the streaming screen with Moxie, a film about high school girls who start a zine to protest their school's sexist culture. The feminist zine is spearheaded by Vivian (Hadley Robinson), who is inspired by the nostalgic tales of her mom (Amy Poehler) and her riot-grrrl era protests.

She's also influenced by new classmate Lucy (Alycia Pascual-Peña), who refuses to "keep her head down" after she's harassed by the captain of the football team (Patrick Schwarzenegger). Vivian starts the zine to unite the girls and call out the behavior of the boys with the power of publishing.

Moxie is Poehler's directorial follow-up to 2019's Wine Country, and is based on the 2017 YA novel of the same name by Jennifer Mathieu. Poehler will also grace our TVs and computer screens for the Golden Globes, which she'll return to host with Tina Fey.