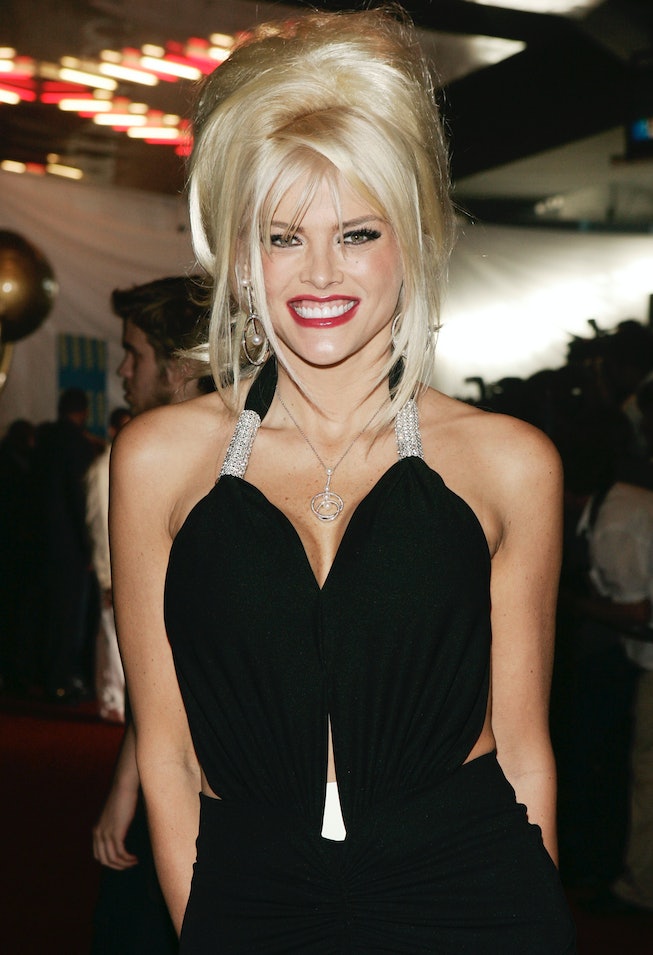 Anna Nicole Smith’s harrowing tale has withstood the test of time. The Hollywood starlet — who died tragically in 2007 at the age of 39, from an accidental overdose — is the subject of yet another film. Hurricana is the latest investigation of Smith’s life. This time, however, the film will tell her story through the perspective of her trusted therapist.

Hurricana is currently in the works and is being shopped around in Europe. The project is helmed by Francesca Gregorini, the director of BBC’s crime-drama Killing Eve, along with Sierra/Affinity Entertainment. Per the synopsis, Hurricana “centers on Smith’s devoted therapist, Khristine, who in an attempt to save her client’s life embarks on a 36-hour odyssey in which she unknowingly delivers the fatal blow.”

Holly Hunter is in talks to star in the film. The actress won an Oscar in 1993 for her performance in The Piano and has continued starring in award-winning films and television series ever since. Along with the Oscar she’s collected a BAFTA, Golden Globe, two Prime-Time Emmys, and a star on the Hollywood Walk of Fame.

Hunter's representatives have not confirmed her involvement, but The Hollywood Reporter claims she’s up for the role of Khristine. When the film was initially announced actress Betty Gilpin was rumored to play Smith, but her team has since confirmed that she is not a part of the cast. That said the former playmate’s role, along with the rest of the ensemble, is still up for grabs.

A premiere date for the film has not been released.

NEXT UP
Culture
Kaia Gerber Won’t Stop Until She’s Cast As Patti Smith In A Biopic
Culture
The Madonna Biopic Is Being Scrapped
Culture
The 2023 Oscar Nominations Full List Is Here
fashion
How ‘Spice World’'s Costume Designer Nailed The ‘Scooby-Doo on Acid’ Look
Style + Culture, delivered straight to your inbox.