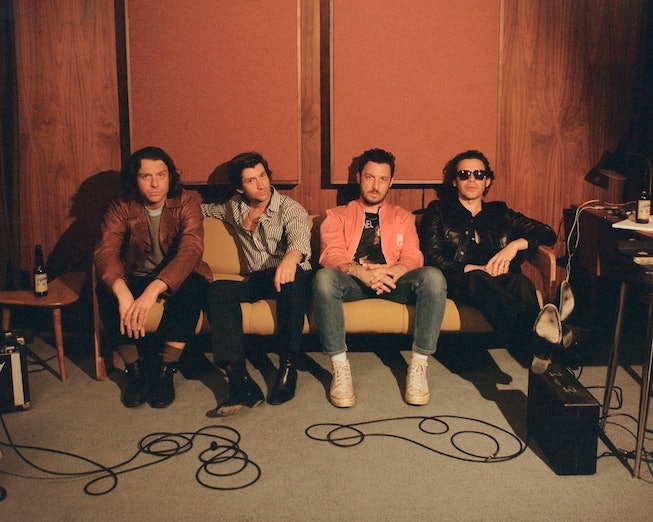 Arctic Monkeys is back with new music. The long-standing English rock band has announced its seventh studio album, The Car, scheduled for release on October 21 via Domino Records. The forthcoming project will be the band’s first package of new music since the release of its 2018 album Tranquility Base Hotel + Casino.

Per a press release, the upcoming album will contain 10 songs, all written by Alex Turner and produced by long-time collaborator James Ford, and was recorded at a slew of studios across the U.K. and France: Butley Priory in Suffolk, RAK Studios in London, and La Frette in Paris. While no official singles have been released yet, the release teases that the new project will find the band “running wild in a new and sumptuous musical landscape,” and that the music will contain “some of the richest and most rewarding vocal performances of Alex Turner’s career.”

That being said, a few lucky fans have already had a taste of the band’s new music. During their gig at the Zurich Openair festival in Switzerland on August 23, the night before they announced the album, Arctic Monkeys debuted a live performance of one of their new songs, “I Ain’t Quite Where I Think I Am.” Based off of fan footage capturing the performance, the unreleased track will continue the retro-leaning sound of their last album, with lush vocals and funky guitar flourishes.

Turner himself has also confirmed that the music of the upcoming album will feel familiar to those who have listened to Tranquility, the band’s turn into a jazzier, intergalactic-influenced sonic palette. In an exclusive interview with U.K. newspaper Big Issue about the new record, Turner described the new music as “cinematic,” and “a better version of a more dynamic overall sound.”

The upcoming album will be released on limited gray vinyl, standard LP, CD, cassette and digitally. Pre-order the album here.

The band is currently in a run of tour dates that’s taking them to festivals across the world, and there’s good possibility they’ll debut more music there. See the full tracklist and pre-release singles for The Car, as well as Arctic Monkeys’ upcoming live shows, below.

First pre-album single, “There’d Better Be A Mirrorball,” arrived on Tuesday, August 30. A wistful and classically-sounding parting song, the track continues along the jazzier and more orchestral sound that saturated Arctic Monkeys’ last album with added strings and lushness. It’s a sumptuous opening number for the record, and is lyrically studded with some of Turner’s most vibrant and visual songwriting: “Don't get emotional, that ain't like you/ Yesterday's still leaking through the roof, that's nothing new/ I know I promised this is what I wouldn't do/ Somehow giving it the old romantic fool/ Seems to better suit the mood.”

Already, fans online are noting the track as the start of the band’s soft dad rock era. Hear it below.