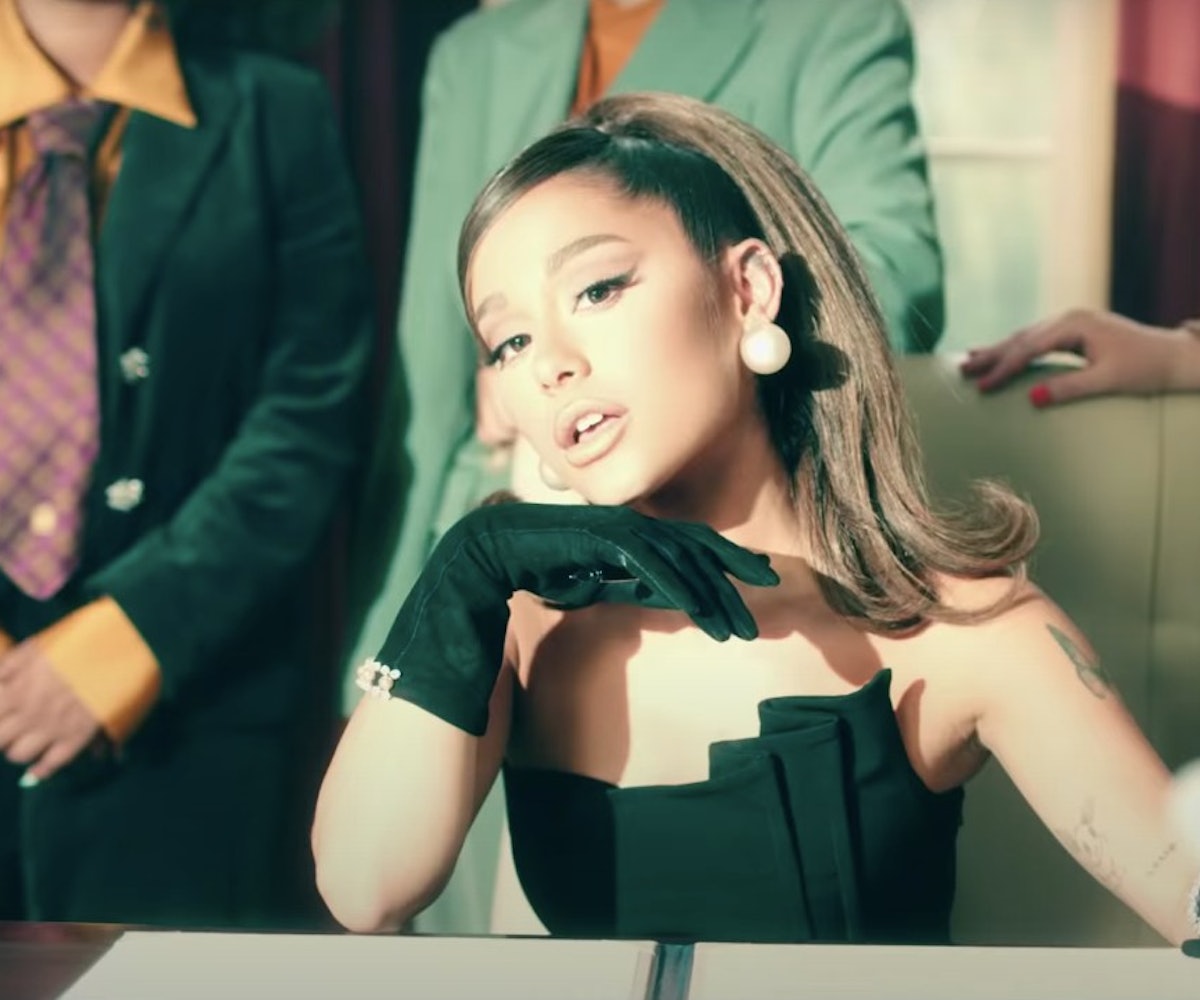 Thank the pop gods because Ariana Grande is back. On Thursday night, the artist finally released the highly-anticipated lead single to her forthcoming sixth studio album. “Positions,” produced by frequent Summer Walker producer London on da Track, is a pivot back to R&B-inflected pop for Ari, and arrived accompanied by a Dave Meyers-directed music video that depicts the star as president. Grande’s friends, Victoria Monét and Tayla Parx, along with mother Joan Grande, also make cameos in the visual.

“Positions” is Grande’s first solo release since 2019’s thank u next, and a notable deviation from the classic, stadium-sized pop numbers that typically rule her album rollouts. Opening with clean, plucked guitar, the track generally bops along to a buttery London beat with most of the song’s ear-pricking buoyancy coming from Grande’s expectedly pristine vocals, as she sings about “switching up positions” for her significant other. “Cooking in the kitchen and I'm in the bedroom/ I’m in the Olympics way I'm jumping through hoops/ Know my love infinite nothing I wouldn’t do,” she croons on the song’s hook.

All things considered, it’s a surprisingly subtle (though not any less enjoyable) lead single from the pop icon, especially when compared to the near stratospheric — in energy and vocal ability — qualities of her past singles, Sweetener’s “no tears left to cry,” and the twinkling, “thank u, next.” It’s possible most of “Positions"'s boldness was reserved for its video treatment, which depicts Grande as president of the country — a timely reimagining. She struts down the pristine halls of 1600 Pennsylvania Avenue in a perfect blowout, signs papers in the Oval Office in a pillbox hat (a la Jackie Kennedy), and commands a cabinet meeting attended by friends Monet, Parx, and her mother. In between all those duties, she’s posted in the kitchen and bedroom where she’s cleaning or waiting for her man — because, as the song implies, she is a president that can do both!

Given the current, tenuous hellhole that is the country and its presidency, there are moments when the charade all feels a bit twee, like trying to solve deeply ingrained structural inequalities through representation. Yet, it's hard not to argue that the video's most powerful moment is the brief few seconds during the cabinet meeting when a glance at the people crowded around that mighty table are all non WASP faces; oh, how I would kill to live through a Grande presidency!

Grande's highly-anticipated AG6 will be released sometime this month. Not much information about the record has been released, however it appears that some of her longtime favorite producers, Max Martin and Pop Wansel, will not have credits on the project, per Variety.