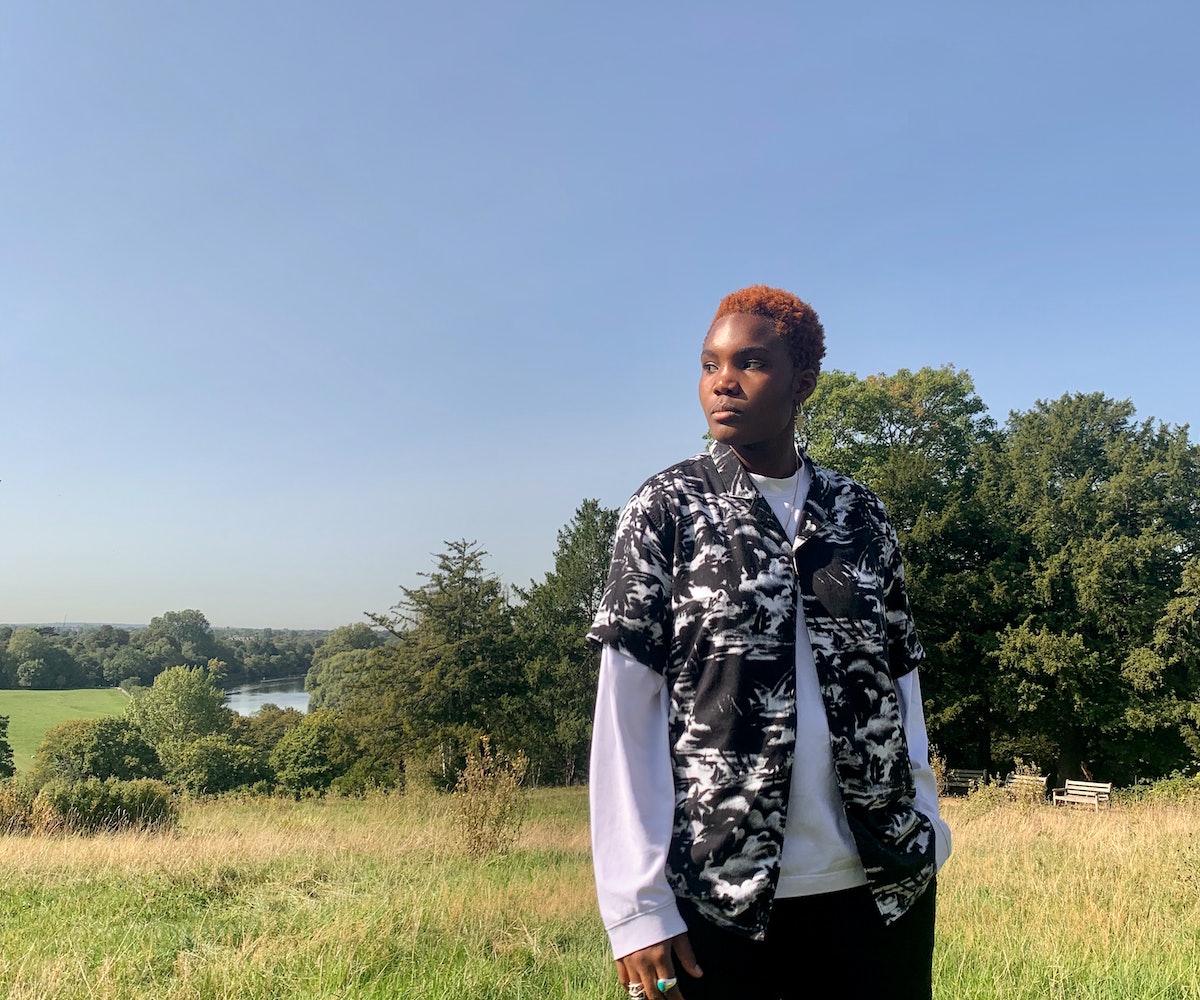 At the beginning of quarantine, Arlo Parks gave herself a challenge: listen to new music every single day. “I asked a lot of my artist friends and just friends in general what their favorite albums of all time were,” she explains. “I made this massive list and I just listened to all of them, all the way through.” Over the past few months, she’s made her way from The Kinks to DJ Rashad, expanding her musical lexicon along the way. If you’re already a fan of Parks, then you know that her musical influences span artists from a number of genres — Otis Redding to Solange and Frank Ocean to Paramore and Good Charlotte. And if you aren’t, that is about to change very soon.

Over just the course of two short years, the 20-year-old singer has gained critical acclaim and a worldwide fan base following the release of her first song “Cola” in 2018. Born Anaïs Oluwatoyin Estelle Marinho in South London, Parks makes soulful indie-pop that stems from her early interest in poetry. When she was 14, she picked up a guitar and put some of those words to music. She can’t remember the first song she wrote, but she knows it was about a crush, and that it was “very terrible.”

“It’s still on my computer, never to be seen by anyone,” she recalls now. “This one in particular, I promise you don't want to hear it.” By the time she was 17, however, Parks knew it was time for the world to hear what she’d been making in her bedroom. “I just realized that it was something that I wanted to do for the rest of my life,” “ she says. “I knew that to be able to do that, then people had to hear it. I think that there was a part of me that hoped that maybe people will be able to connect to what I was saying. But it was quite a scary thing, actually, making that decision to put music out there, and to be so vulnerable.”

Within a year, she signed to a record label, released her debut EP Super Sad Generation, and performed her first-ever show at The Great Escape 2019 festival. “It felt crazy to have my first proper gig with a band at a festival,” she says. “It was mad. I had my exams at that point, so after the set, I took the train back that night to study.” Sets at both Glastonbury and Latitude Festival in the UK soon followed.

By all accounts, 2020 was poised to be Parks’s year to break out internationally, with a headlining tour in Europe and a supporting slot for Hayley Williams stateside. Then COVID-19 hit. Still, she was undeterred and kept the momentum going. “Of course it was disappointing, but I think it was a really valuable lesson in just realizing that you can't always be in control of everything,” she says. “Sometimes the world is just weird and you have to just roll with the punches. For me, it was just about being conscious of the fact that I could still work, but maybe in a different way than I was expecting to.”

In May, she released two of her biggest songs yet: “Eugene” and “Black Dog,” a visceral ode to a friend dealing with mental illness that, to date, has racked up nearly 7 million listens on Spotify. “I think ‘Black Dog’ came out at a time where a lot of people were feeling quite low and confused in quite a chaotic space,” she notes. It’s Parks’ s ability to write intricate lyrics that mix pop culture references with nostalgic pleas — like the lines “I'd lick the grief right off your lips/ You do your eyes like Robert Smith,” which open “Black Dog” — that has already garnered her loyal fans, including the likes of Michelle Obama, Michaela Coel, and Phoebe Bridgers, with whom she recently performed a cover of Radiohead’s “Fake Plastic Trees.”

All of this has transpired without her putting out an album. “The debut album is super important, but I'm just conscious of the fact that people have been following me for two years and I'd like to think that they trust me,” she says. “I'm still growing as a person and as an artist. I'm trying to trust my own tastes and own instincts and be genuine with the art that I'm producing. And that's all we can really do and hope that people like it, I guess.” It’s an ever-evolving process, as well; in quarantine alone, she’s written what she estimates to be 40 new songs. “I've been really weirdly inspired just by looking through old journals and trying to think about the conversations and the people that made me who I am today,” she explains. “Spending time inside and with myself was actually really helpful.”

She’s also been reading your DMs. “Just knowing the fact that it could potentially help people and connect to people, that desire almost overcomes that sense of fear of being exposed to the world,” she says. “It feels worth it to me just because of the messages that I get from people telling me that it's helped them, or that it's uplifted them or made them feel less alone. I had so many artists where I could genuinely say that they changed my life and they saved me. And to be that for someone else a bit... what does that mean?”