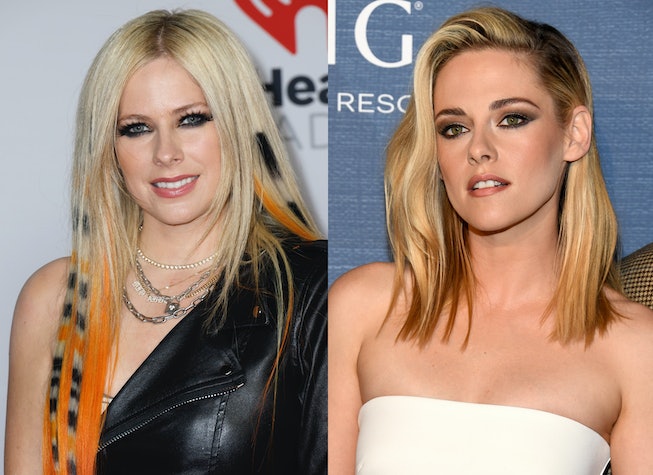 Do you know who you’d want to play you in a movie? Apparently, Avril Lavigne does. The pop-punk singer recently revealed her dream casting choice during the iHeartRadio Music Awards, after an inquisitive interviewer popped the question.

While standing on the red carpet — donning her signature blonde locks and smokey-eyed makeup — Lavigne contemplated her answer. “Like, Kristen Stewart would be cool to play me in a film,” she eventually responded, before calling the Oscar nominated actress “dope.”

Though the question seemed unplanned, it’s possible that Lavigne has been crafting an answer for quite some time. Last year the singer announced plans to make a movie based on her single, Sk8tr Boi. The breakout song was released in 2002, and will celebrate its 20th anniversary this year.

“A lot of people have been asking me to play this song on some TV shows, so it keeps getting brought back up and people will always reference it to me,” she said on iHeartRadio’s She Is The Voice podcast. “And so, I’m actually going to turn this song into a film...and take it to the next level,” she continued.

A film based on the classic lyrics, “he was a boy / and she was a girl / cannot make it anymore obvious,” could go in a number of ways, but Lavigne sadly hasn’t mentioned the project since. Perhaps the biopic question will get her wheels turning.

In the meantime Stewart is booked and busy as she prepares for the Oscars this Sunday – where she’s nominated for Best Actress for her performance as Princess Dianna in the film, Spencer — and continues to develop her gay ghost hunting reality-show.

Maybe if we’re lucky, Stewart will hear about Lavigne’s casting wish and the two will join forces to create her next Oscar-worthy biopic.

NEXT UP
Culture
The Madonna Biopic Is Being Scrapped
Entertainment
Annie DiRusso Makes Indie Rock For Your Growing Pains
Entertainment
Raye Explicitly Speaks Her Mind On Debut Album, ‘My 21st Century Blues’
Entertainment
Harry Styles Is Performing At The 2023 Grammys
Style + Culture, delivered straight to your inbox.