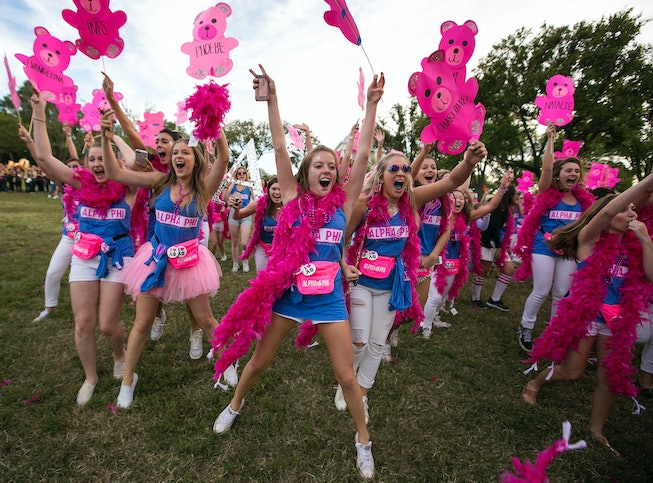 The intricate social dance of Greek Life has long been the fascination of Hollywood, and now “Bama Rush,” the infamous sorority recruitment week at the University of Alabama that recently became a viral TikTok sensation, will now get the documentary treatment from Vice Studios and HBO Max.

Directed by Introducing, Selma Blair director Rachel Fleit, the documentary is reportedly currently in production in Tuscaloosa, where the highly competitive “rush week” process — in which roughly 2,500 students rushed 17 sororities with a fervor that matches the notion that the outcome can impact the trajectory of one’s life — has just concluded.

“This film is a thoughtful and compassionate portrayal of young women in 2022 as they rush the sorority system at the University of Alabama,” Fleit said in a statement via Vice.

Bama Rush is notably very white, with only nine percent of sorority candidates self-identifying as racial or ethnic minorities, according to AL.com. As mentioned, the somewhat surreal process has become a phenomenon on TikTok, with sorority hopefuls sharing the lengths they go to in order to get accepted into their dream house. Spray tans, extensions, matching outfits, and astronomical fees are all par for the course. Since #RushTok first went viral last year, former sisters have also come forward with their stories of why they walked away from Greek life, citing reasons like bullying, fines, and discrimination as turning them off from the sisterhood.