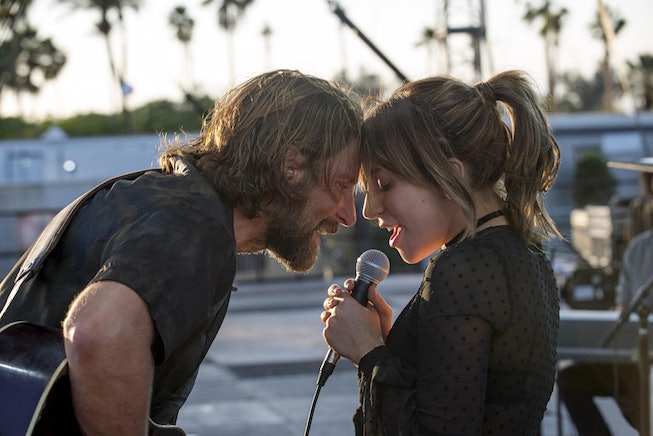 Barbra Streisand isn’t so sure about Lady Gaga and Bradley Cooper’s Oscar-winning 2018 remake of A Star Is Born, Variety reports. The Hollywood legend starred in the 1976 version of the film herself, opposite Kris Kristofferson.

In a new interview on Australian talk Show The Sunday Project, Streisand said about the 2018 remake: “At first, when I heard it was going to be done again, it was supposed to be Will Smith and Beyoncé, and I thought, that’s interesting. Really make it different again, different kind of music, integrated actors, I thought that was a great idea. So, I was surprised when I saw how alike it was to the version that I did in 1976.”

She then added that Gaga and Cooper’s 2018 remake was “the wrong idea,” but that she “can’t argue with success.” For what it’s worth, Gaga won her first Academy Award for the movie — specifically, Best Original Song for the film’s duet, “Shallow,” which also became a No. 1 single. The film grossed $436 million, and was nominated for multiple Oscars, including Best Actress for Gaga. Still, Streisand said, “I don’t care so much about success as I do originality.”

Before Streisand and Kris Kristofferson made the 1976 version of A Star Is Born, there were two other films about a starlet on-the-rise and her relationship with an older alcoholic falling out of favor; Janet Gaynor and Fredric March first played the roles in 1937, and Judy Garland and James Mason in 1954.