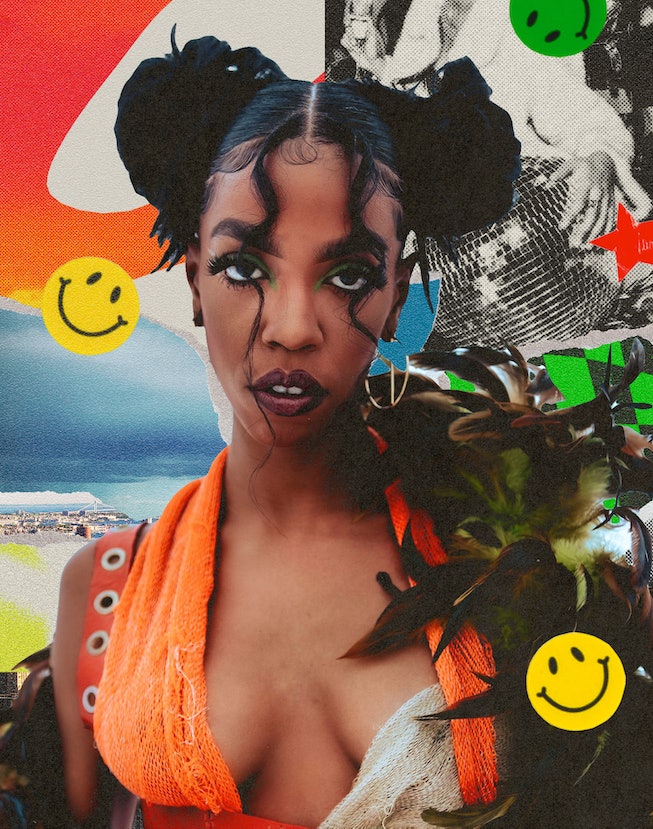 There’s no one way of coming out. In that spirit for Pride 2022, NYLON asked six queer musicians to share their coming out stories. Below, pop innovator Bayli shares her gradual process of coming out in the accepting environment of her native Brooklyn, New York.

Labels have always been so hard for me. I want to evolve to a point where maybe it's like, "I'm just this human," and like, depending on the year and the day and the time and what I experience, that's who I am. I don't have a label that I use in terms of sexuality. I do have a female partner right now, so I am a gay person. I'm in the LGBTQIA+ community, although I do recognize that I'm on the spectrum with my sexuality.

Have I always known that I was a queer person? I don't think it was always very clear to me. And I think that's why, even as an adult, it's not clear enough that I can say I am this one way. I think I'm always evolving in my sexuality. And when I was young, I also reflected that.

So no, I didn't always know, but I was always very much in safe environments. Being from New York, I definitely recognize that I'm privileged to have seen a bunch of different people. My parents had gay friends and queer friends, and it wasn't something that was ever really othered in my household growing up. I always felt like it was just as normal, for lack of a better word, it was just as normal to be queer than to be in a heteronormative relationship. I always had that, growing up, which I know is really, really lucky. I didn't feel like I had to choose gay or straight, growing up. And that's really rare. I will always have gratitude for just the normalization of queerness in my household to a certain degree, because I always felt safe when I started having those feelings in high school. I was like, "Okay, this is safe. I can at some point approach my parents about this and I don't have to be totally repressed.”

My first boyfriend ever was in the seventh grade. In middle school, I dated boys. I got to high school, and it was very coming of age. I was into boys, but I think it was the first time where I left Brooklyn and Bed-Stuy and I'm seeing all different walks of life, even more. So I'm seeing people from all over the world, and all different ethnicities, all different gender orientations, all different ways of presenting as humans. That's when it struck me, freshman year of high school, like, "Oh, I have the ability to find this girl to be attractive."

And then one day, maybe sophomore year, I was at a party, and there was this girl. She ended up just kissing me, very classic, in the bathroom stall or something random. It really affected me. I was like, "Oh my God." Like the gears started turning, hard. Like one, I didn't know it was that possible. Two, that was the best kiss ever. Like how can I try that again? And it was definitely just a one time moment with me and that girl, but that was a starting point of like, "Oh, girls are hot. Girls are attractive."

I still dated guys after that. I wasn't comfortable enough for myself to just like, approach a girl and be like, let's do this. I kind of knew the heteronormative way. So I still dated guys. I even dated a few guys who were fluid themselves. And then I don't know. It just evolved.

I wasn't like, bam, I kissed a girl and then like I'm draped in rainbow flags. It was very, very gradual. Some of my friends were like, "Are you queer? Do you want to date girls?" And when people started questioning me, that's when I started really feeling a little nervous about it. No one made me feel nervous. I think it was just literally societal pressure. It's like, "Okay, am I going to be a part of this other community?"

So I got scared and I wasn't comfortable saying I'm bi or I'm lesbian or I'm out. And I wasn't even comfortable really recognizing that I might be. And then in college, again kind of classic, but I guess that's when I really had the first experiences — like real experiences with girls, really getting to date girls. And thankfully I've had really awesome, cool women in my life that have helped me to evolve on that journey. But yeah, it wasn't I kissed a girl and then now I'm only dating girls and I'm proclaiming it on the mountaintop. It took some years for me to even get comfortable dating a girl, even just off the grid secretly without telling my friends or my family.

Now, talking about queerness in my music, people are like, "Don't you think it pigeonholes you to just speak to this one community?" And I don't think that, I really don't. I think it's just one piece of my life and my journey, and it feels really good to be able to have a focal point and speak to someone, maybe even just in one song per project, directly. I've become more comfortable in my queerness as I've gotten older. I've almost started to incorporate it into my music as a solo artist. I started playing music in a band, and then just a few years ago we broke up and I started doing solo music. And that's when I started asking myself, "What do I have to say?"

What is my purpose here? Do I have a message? “Sushi for Breakfast,” that was one of the first songs I put out. And it was me singing to a girl. That, to me, was a big deal. It's not just this marketing thing of speaking to a very obvious community and demographic, which is the queer community, but it's also for myself, it's like self-discovery. It's a personal discovery. It's an artistic discovery to be able to be like, yes, I'm really shy in real life. To be vulnerable and talk about these things through my music is major for me. And even having songs out like “Sushi for Breakfast” or any song where I'm singing to a girl, like “If You Let Me Say It Back” on my first EP, has helped me feel more confident and empowered in myself in my personal life.

Getting to this new project that I'm working on, and like songs like “Telly Bag,” which are totally queer empowering, totally speaking to the gay community — it's a huge milestone for me creatively and personally. I think that's why I really like singing to and for the gay community, ‘cause I think we could use so much of it, especially in the mainstream spaces. It's just also a cathartic thing for me, it's kind of like an evolutionary thing for me as well as hopefully my listener.

Maybe it's just me, but I'm just like this nerdy girl artist from Brooklyn. Always been weird, always been hard to identify exactly who I am. And so I feel with my music, my art, I hope that I'm carving out a lane. And I hope that I'm speaking to people that also never felt like they had their own community, their own lane. And so it feels really good. It feels very good.

There hasn't historically been a lot of representation for people who are queer, for people who look like me, for people who look anything other than like the heteronormative standards. So I think confidence and desirability is a major thing in the queer community across all the different subcultures. I would tell myself and other queer people to be confident in your values, be confident in what it is that you believe in. What makes you feel good? What makes you feel empowered and strong? Surround yourself with supportive, safe people that are going to help you to continue get through hard moments that probably will come up, because we live in a very heteronormative world. And sometimes a homophobic world. If I could tell my younger self, whatever you want, that's the right thing. You don't have to rely on other people or dressing a certain way or presenting a certain way to get to where you want to.

Bayli’s new single, “think of drugs,” is out now.