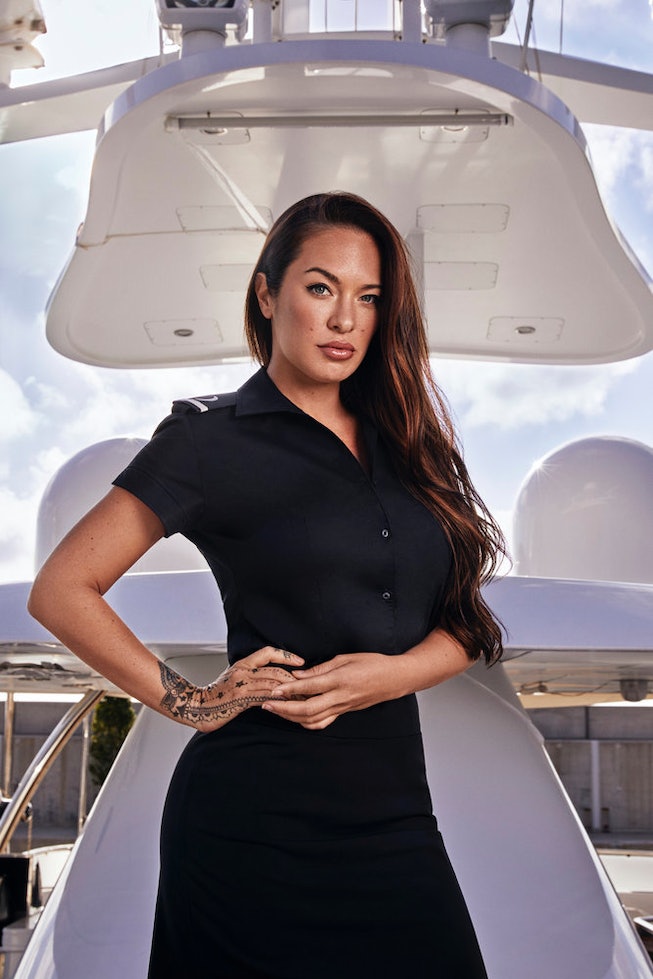 The fifth season of Bravo's Below Deck: Mediterranean has certainly been one for the books. Even without the pandemic affecting the season, it's been marked by high cast turnover due to firings over alleged drug use, incompetence in the kitchen and even racist and misogynistic social media posts (chief stew Hannah Ferrier, chef Kiko Lorran and lead deckhand Pete Hunziker respectively). You'd be forgiven for forgetting Laura, the second stew who didn't even make it to second charter before walking off dramatically.

In the midst of all the drama, third stew Jessica More held her own through her own series of unfortunate events, including a broken finger mid-charter and a difficult — to put it lightly — romantic relationship with deckhand Rob Westergaard. It's the latter storyline that's gained Jess the most attention and criticism from fans, some of whom take issue with how she handled the always-intense situation of dating on-board a vessel. Though Jess and Rob did eventually take their infamous, ill-fated trip to Bali after the season closed, the couple is officially broken up, as confirmed by Jess on Watch What Happens Live. NYLON caught up with Jess ahead of the show's first reunion to talk regrets, Rob and the harsh reality of reality TV.

What made you want to do a reality show in the first place?

You know, I think originally no one really understood what yachting was, like in my family. So this specific reality show, I felt like was something that could showcase what I do.

So it helped the people in your life understand you better?

Well, that was the hope, yeah.

And then there's the reality.

Right, exactly. It's one of those things, where I guess I was naive in the fact that, hey Jessica, it is a reality show. So, things look a little different to viewers than how it actually felt, or there's only so much time so you can't see the whole entire picture of what's really going on.

Do you feel that you were unfairly portrayed?

I'm more disappointed that my fun, kooky — the better side of me wasn't shown more. So in that sense, yeah.

It was really focused in on the one storyline.

Right, they focused on the one negative storyline, and I felt like it made me look a little extra crazier than I already am [laughing].

What were some of the positive things that came of it for you?

I think I would do the show again, with being naive yet again, thinking I could vindicate myself. I'm just a eternal optimist. So, I would do it again in the hopes of that. There are positive lessons in everything. I learned a lot. I met some really amazing people. I got to travel to the Med, which is gorgeous. Overall the experience was something that I'm grateful for. And the lessons...you can't make that shit up.

I'm sure a lot has changed even since you shot the reunion. What do you want viewers to know about you before watching it?

I think it would be on the same topic as — I was in a situation, or in a relationship, that really just felt manipulated by that person. So, my triggers were exposed and then pressed constantly, where it wasn't so visible on camera, or it didn't get shown as much. So I think to me, that feels a little unfair, not seeing the why and just seeing the reaction. I guess that I'm not, I mean, I'm a little crazy, but I'm not insecure and jealous.

What wasn't shown that you wish had been?

There was just a lot of poking in the relationship. There was a lot of manipulation and poking, so a lot of things were done to intentionally make me upset and jealous, and I took the bait and I did get insecure and upset in that relationship. But yeah, it was a lot of text messages, so that's not shown. It's hard to explain. I've read a lot of books on covert narcissists, I'll just say that. I feel like now I'm a pro at understanding that topic.

It's tough with these shows, because viewers think that they are seeing everything but of course, we're not.

Exactly, I feel like they're really getting 5% to 10% of the whole situation.

Where do you stand with Rob now? Do you guys talk at all?

We don't talk anymore, I'll probably never talk to him again. I think we all should work on ourselves, but I think for him particularly, after the show, discovering the track record of the trail of broken hearts that is the same story, I just wish someone like him would take a break from rolling into relationships nonstop and continuously breaking hearts with his own shit.

As far as the rest of the cast, who are you still cool with?

I'm still cool with Hannah, Bugsy, Alex, Kiko. I guess that might be it. I don't think I'm forgetting anybody.

Things are in flux with COVID now, but do you plan to get back on a yacht soon?

I've actually been on a boat all summer and right now, I'm trying to decide, I'm in negotiation with actually three different boats, trying to figure out which one because they're all completely different programs. So the answer to that, yes, most likely.

Below Deck: Mediterranean airs on Bravo on Mondays at 9pm ET and is available to stream on Hulu.