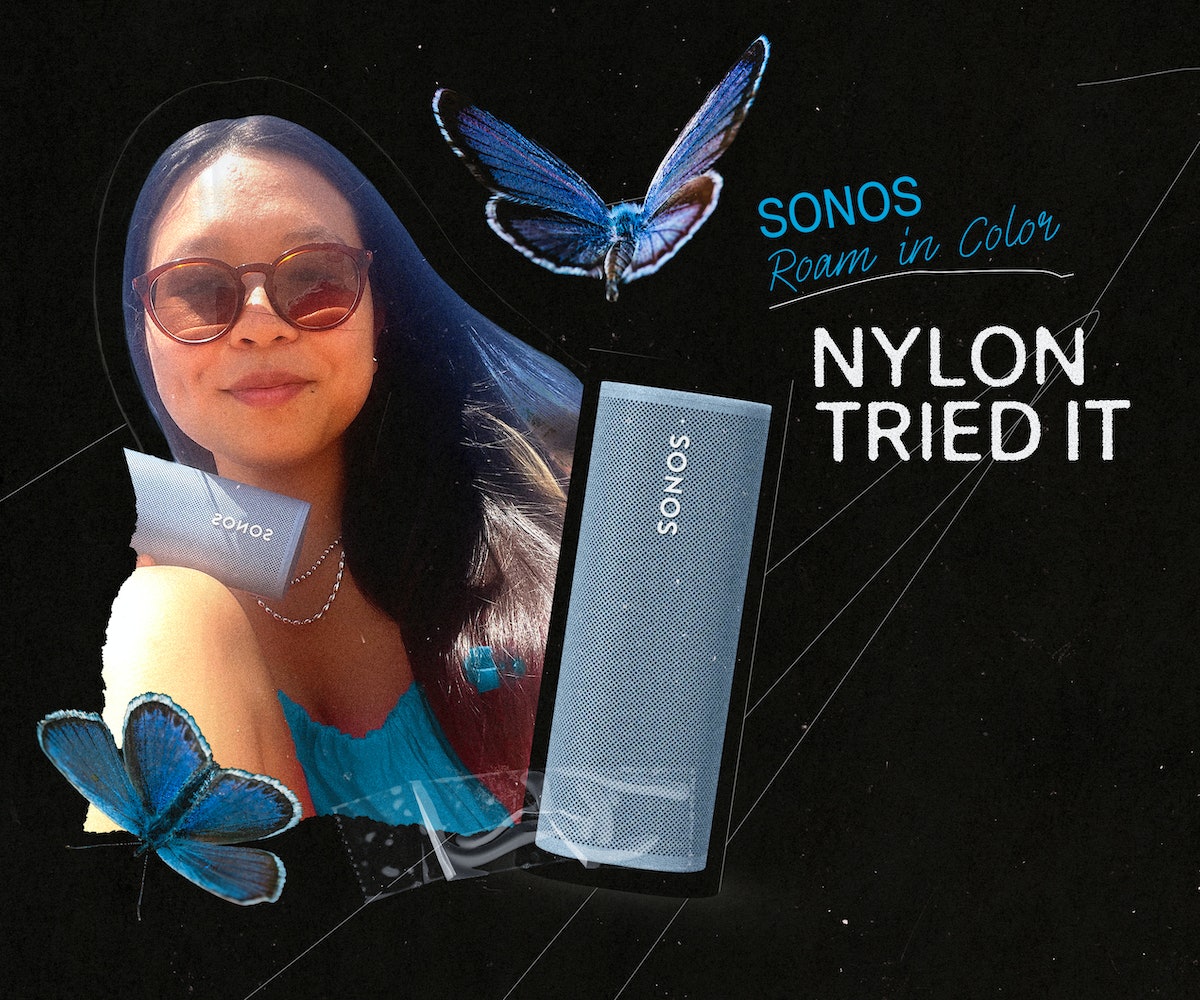 I haven’t had too much experience with Sonos but I’m very familiar with the brand. My former job exclusively used Sonos products when artists would come and play their music for us, and I have my own Sonos One, the brand’s sleek and robust smart speaker. When I first started using that speaker to replace my disastrous, former Bluetooth speaker (it almost set my apartment on fire a story for another day), I was annoyed at the fact that I had to download a dedicated Sonos app to actually make it work: what’s “smart” about a device that forces you to download new stuff ? But after using it for over a year, I’ve surprisingly grown to like it. Having a dedicated app to control what sound funnels through to the speaker, I’ve discovered, is actually kinda great, especially if you’re the type to put on music via your phone then tab into TikTok to watch videos (which I admit I do, unfortunately, quite often). Never again will you get the sound clash that happens when the video you’re playing and your music unpleasantly collide through one speaker.

Still, my love, appreciation, and devotion toward simple tech dedicated to doing one thing well — because not everything needs to be smart — made me abundantly curious to try out Sonos’ new Bluetooth speaker, the Sonas Roam. How will they elevate that basic functionality?

What is a Sonos Roam?

Spec-wise, the Roam boasts a lot of distinguishing features. Outside of its WiFi, Bluetooth, and Apple Airplay capabilities, the Roam is waterproof — Sonos specifies the speaker is made of IP67 materials which means it’s industrially-graded to remain protected if exposed to dust, debris, spray, etc, and functionally can be submerged in one meter of water for up to 30 minutes; has a battery life of 10 hours; and is installed with Automatic TruePlay, a feature that tunes your speaker to your environment and adjusts the sonic output so it sounds the best. It’s compact at 6.6 inches and weighing in at just under a pound. And if you have other Sonos products, a host of other things you can do with the Roam opens up: through the Sonos app you can connect your tech into a network of speakers, control the entire system using Bluetooth or WiFi, or “sound swap” your music from one speaker to another. If you buy two Roams, you can pair them and create a cute, portable stereo system. Finally, the price: it comes in hefty at $179.

I received my Sonos Roam, in the tranquil new color Wave, in June, which gave me two months to use and really get familiar with it. I wanted to test it in three specific areas: 1. Its ease of use; 2. Its power and/or sound quality; 3. Its functionality in the actual outdoors.

This all sounds good (and complicated), but how does it play out in real life use? After two months of taking my Roam to the beach, park, on short vacations, and employing it in the shower and around my apartment, I can confidently say that I really, really like this device. While it hasn’t really exceeded my expectations, it has pleasantly lived up to everything it’s advertised and done it well and even elegantly.

The Roam is really easy to use — and that means something since I basically threw out the instruction manual and managed to figure out everything through trial and error (with the occasional Google here and there). The speaker connects to my phone’s Bluetooth pretty instantaneously and there’s been no incidents of “searching” for my device for several minutes. Via the Sonos app, I’ve easily connected music from my Roam to my One just by holding down the play/pause button on both devices. With my small apartment, to be honest, it’s not a feature I’ll use very much but I imagine it’d come in pretty handy if I ever entertained.

It’s the sound, really, where the speaker really succeeds. Not because it’s particularly distinct or noticeable, but the exact opposite — the Roam really knows how to meld seamlessly into the environment of whatever you’re doing. When I brought it to the beach to play music (sorry to my coworker, Layla) the sound dispersed beautifully with the natural ambiance of the waves. There was nothing harsh or unseemly about it. At the park, the sound was also polite and, at the same time, hitting. I don’t know if that’s the TruePlay technology working but something surely is. At home the other day, I brought the Roam out to the living room when I was cooking dinner and that powerful little thing made my sweltering third floor walk-up feel like I was in the middle of a classy downtown establishment (music selection was a major dependent factor in this). In the shower — well, I’m just glad that I don’t have to worry about electrocution.

Compared to my former square, boxy, and awkward Bluetooth speaker, the Roam is slim, portable, and nearly forgettable. It slid seamlessly into the side of my bursting beach tote, and my backpack during a brief out-of-town jaunt that I almost forgot it was there. On the beach it looks super cute perched vertically on my beach towel, and it has little feet along its side if you want to turn the Roam horizontally. To the dismay of my One, I’ve been turning to my Roam far more simply because it’s so unfussy. Just press one button, and you have music.

The only negatives I’ve had with my Roam is the weird on/off button on the back of the speaker. It’s a little difficult to press, and doesn’t offer that satisfying, distinct click on and off. I also encountered a glitch the first time I charged the speaker. The device’s low battery-indicating orange blinking light wouldn’t go away after using a USB-C cable, so I had to Google online for a solution (holding the power button for 20 seconds).

At the end of the day, the price for the Sonos Roam is steep. At $179, it’s certainly at the higher-end of portable Bluetooth speakers. But if you have the money to spend — and if you’re cool with things sounding great, not excellent — you might never need another speaker ever again.

See the Sonos Roam on Sonos.