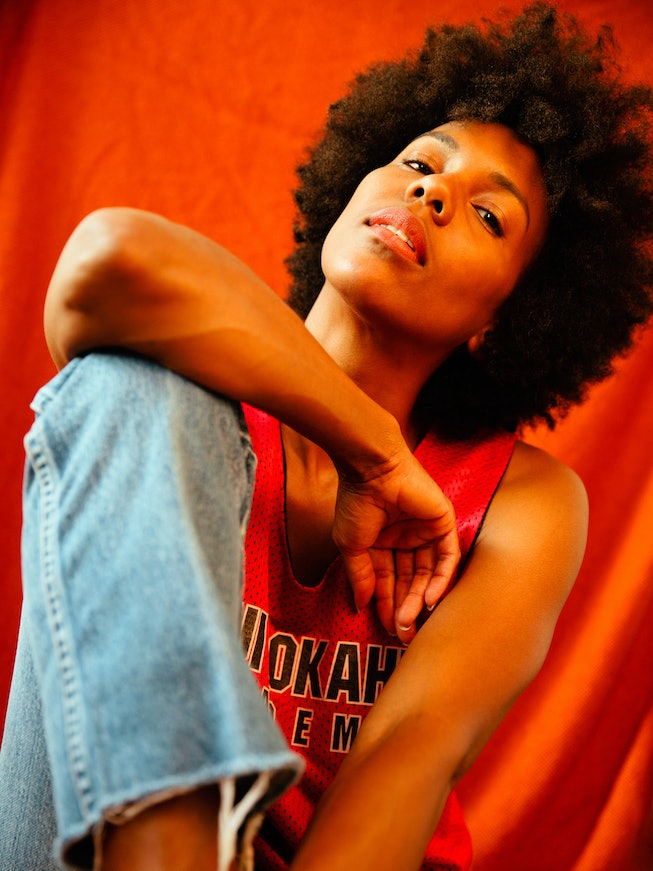 There's a moment in the first episode of Black Is Black, Sonos' new podcast about the musical legacy of the Black diaspora, when the joyous clamor of E.U.'s dance anthem "Da Butt" smoothly melds into the shiny bounce frenzy of Beyoncé's "Get Me Bodied." At first, it feels like a slightly jarring skip through time, hopping from a 1988 hit to a much sleeker one from 2006. But it also more subtly reveals just how large the scope viral dances have had in musical history, and how much of an influential role Black musicians have always played in it.

That's one of the main goals of Black Is Black, a new podcast that also includes an immaculately curated DJ mix, and aims to showcase the wide and often overlooked legacy the Black musical diaspora has had on shaping popular culture on a regional and even global scale. The monthly show, curated by the veteran New York-based DJ Lindsey, debuted its inaugural episode in February, and was an hour-long deep dive into the history of Black social dances.

Though viral dances these days are mostly discussed through the confined lens of TikTok and other quick-lived internet trends, this episode pulls the scope back to the 1950s, exploring the music that ushered in dance crazes from James Brown's Mashed Potato and Sam Cooke's Twist, to the modern day Cha-Cha Slide and Bobby Shmurda's Shmoney dance. DJ Lindsey also points out that the foundation for much of these movements stem from African dance. "So while doing the Robocop or hittin' dem folks is fun, we're also passing along these traditions from centuries ago," she writes via email.

Hear the first episode below, and read on to learn more about DJ Lindsey and how the podcast comes together ahead of its next episode, airing March 4 on Sonos Radio.

What inspired Black Is Black? How did the idea for this podcast begin?

I was approached by Saidah Blount at Sonos and we bounced initial show ideas back and forth. Once we got close to a final idea, I felt a lot of pressure to be speaking as this authority on the entire African diaspora on such a big platform. I thought about my experiences as a Black American and how a huge part of my life has been spent re-learning things about Black culture and music that's created outside of America. I felt like that perspective was important.

There are so many Black folks who have spent time and money digging through old public records and talking to elders in an attempt to learn more about where we come from. Meanwhile, Black Americans have cultivated our own unique culture right here. But it's really cool to connect the dots from one region of the world to the next.

In the podcast’s first episode, you discuss the history of Black social dances — were you surprised by anything you learned while researching the topic?

It was interesting learning the dancer's perspective on the importance of dance for Black people throughout history. I researched a lot of that material before I made the mix. I spent the majority of my life doing social dances and I never really thought too deeply about how much it connects Black people. We may not know all the details of our ancestry but we have this shared thing to celebrate about ourselves and that helps.

On the nerdier side, there is a big distinction between the foundations of European dance and African dance. The movements that stem from African dance start with the grounded posture where your knees and waist are bent. It's cool to think about how that has remained in our styles of dance like an artifact, because during slavery much of African culture was forbidden and then lost. So while doing the Robocop or hittin' dem folks is fun, we're also passing along these traditions from centuries ago. It's important!

"I hope that [Black Is Black] serves as a reminder of the origins of the popular culture created by black folks."

The show is also part DJ mix. What was that process like for you, digging back into the archives of Black popular music at that time?

I made a lot of lists. I took this really seriously because I really wanted to find music that represents Black folks from all over, not just this generation and not just in the west. So I thought about all of the fun viral videos, dance challenges, regional dance styles, iconic music videos & award show moments... everything. Then I made a list of the songs that represented all of those things best. The rest of that process was trying to fit as many songs in as possible without it feeling rushed. So I tried blending some songs over others just so I could include some songs without playing them in full. The show is only an hour long so I was really stressing myself out over what songs I had to leave off the mix. Leaving Dru Hill "Tell Me" off was devastating!

What are some of the challenges you face while putting together episodes for Black is Black?

My time is limited to discuss the topic of each show. I don't want to go on too long talking about the subject but it's always really interesting to me and I want to share all of the things I learned. Recording voice overs is also more than a notion! I created a little studio in my closet and just recording a seven minute voice over sometimes can take forever. The audio engineer gets to edit out a lot of curse words and kids yelling in the background.

What has been the most rewarding part of the process for you so far?

I really enjoy learning about music. It's been rewarding to immerse myself in music from other countries and look at it from an anthropological perspective. For some shows I go back and trace a current trend back to its original influences and find out how those influences made it to that geographical location. I feel like whatever happens with the show I've learned so much and that makes me a better DJ.

What do you hope listeners take from the podcast?

I hope that folks enjoy nerding out on these topics as much as me. I hope that it serves as a reminder of the origins of the popular culture created by black folks. I really want the show to be an interesting and fun listen and that the mixes are well put together enough that people return to them and listen to them a lot.

NEXT UP
Entertainment
19 Niche Music Festivals For Every Type Of Person
Entertainment
Annie DiRusso Makes Indie Rock For Your Growing Pains
Entertainment
Harry Styles Is Performing At The 2023 Grammys
Entertainment
Raye Explicitly Speaks Her Mind On Debut Album, ‘My 21st Century Blues’
Style + Culture, delivered straight to your inbox.