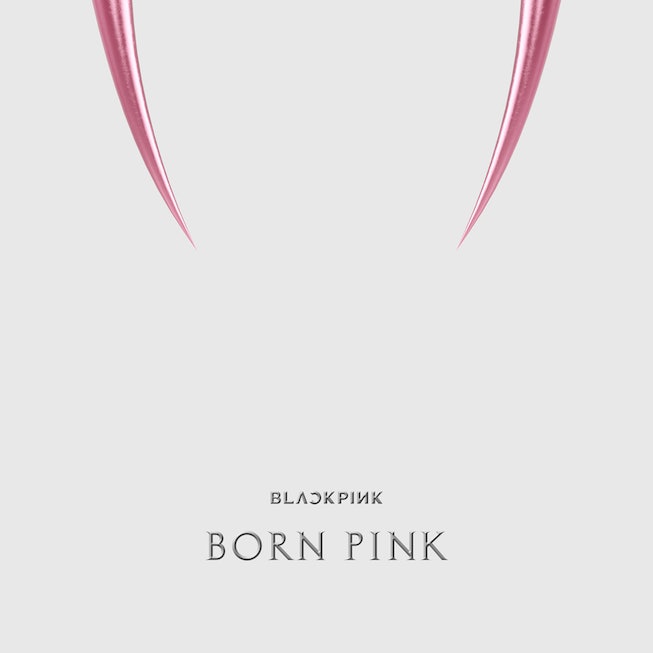 Six years ago, Rosé sat on top of the world, mooning over a boy that made her "heart go boom boom." It's one of the most recognizable images from Blackpink's debut music video. It's also become one of its most prophetic. In the time since, the fierce foursome from YG Entertainment — Jisoo, Jennie, Rosé, and Lisa — have quite literally taken over the world, so much so that in the visual for the group's latest single "Shut Down," off their sophomore album Born Pink, Rosé finds herself back atop the globe in the same relaxed position. Now, the world is painted black and pink, and instead of pining, she's flexing: "Praying for my downfall, many have tried, baby/ Catch me when you hear my Lamborghini go vroom, vroom, vroom, vroom,” she sings.

This in-your-face attitude, their innate swagger, is what’s undoubtedly cemented Blackpink's dominance in the global music landscape. Beyond being one of the most successful pop acts, the individual members are international superstars in their own right. One could even argue that they're more prolific as celebrities than singers; in spite of their success, to date, Blackpink has only produced a small, albeit impactful, body of work, and Born Pink's scarce 8-song tracklist does little to bolster it, totaling just over 24 minutes.

Yet, the Pinks make the most of what they've got, delivering an album that's both self-referential and boldly self-satisfied. There are callbacks to previous tracks; Early album cut "Typa Girl" interpolates 2020's "Pretty Savage," evoking its brassy synths and hard-edged ferocity. "Being the best at whatever I do/ That's sounding on brand," Lisa raps.

That brand is best conveyed on the album's pre-release single, "Pink Venom." The earworm is a torrent of different melodies and sounds, from West Coast rap (the opening chant of the group's name mimics the drawl on Snoop Dogg's "I Wanna Rock") to anarchic EDM to the hypnotic plucking of the geomungo, a traditional Korean zither. It's peak K-pop maximalism: ever-changing, mercurial madness. Yet, the rest of Born Pink is decidedly more coherent and, occasionally, even simple, for better and worse.

The previously-released PUBG Mobile promotional song "Ready For Love" feels like a throwaway, as does the snoozy "The Happiest Girl," though that track provides the album with its sole piano ballad. A rumination on the pitfalls of fame, "The Happiest Girl" — like "You Never Know" before it — is a rare moment of vulnerability from the typa girls they show to the world.

Lead single "Shut Down" strips away producer Teddy's bombastic instincts for a languid trap beat that's elevated by a slowed-down string sample of "La Campanella" from classical composer Niccolo Paganini. Lyrically, the girls are as braggadocious as ever. "It’s not a comeback since we’ve never left," Jennie raps, a razor-sharp nod to the two-year wait between albums. In a standout moment for vocalist Jisoo, she delivers the bar, "Be humble, just sit, baby." Meanwhile, Lisa brags about being, "a rock star, a pop star, but rowdier."

Pop-rock hybrid "Yeah Yeah Yeah" is one of the album's high points. A fizzy love song featuring lyrics from Jisoo and Rosé, the track mixes bright '80s synths with a steady guitar riff. It's easy listening, which might not be what some K-pop purists are looking for. YG Entertainment, home to Blackpink and their "girl crush" predecessors 2NE1, have become known for brash bangers and deep bass, but a more classic YG sound leans toward sentimental. No other company has perfected the sad bop you can dance to quite like YG. For that reason, "Hard to Love" — a surprise solo entry from Rosé — is also a cathartic standout. "When it feels too good, I just f*ck it up/ You want all of me, I can't give that much," she sings over an electric guitar groove.

Rosé may be singing about love, but that lyric also speaks to the wider standing of Blackpink: People will always want more from them, expect more from them. When the tracklist for Born Pink revealed only 8 songs, two of which had already been released, fans expressed their disappointment on social media. Surely, the world's biggest girl group must have more to give. But, at this point in their careers, do they really owe anyone anything? Blackpink’s sound and aesthetics have influenced an entire generation, and its members seem perfectly content as part-time pop stars who have individual projects to focus on. In an industry that moves at a relentless pace, Blackpink's casualness feels almost novel.

"I say f*ck it when I feel it/ While you talking all that sh*t, I'll be getting mine,” they sing on "Tally," the album's closest thing to an anthem. They know everyone wants more, and they couldn't care less.

Blackpink’s ‘Born Pink’ is out now.