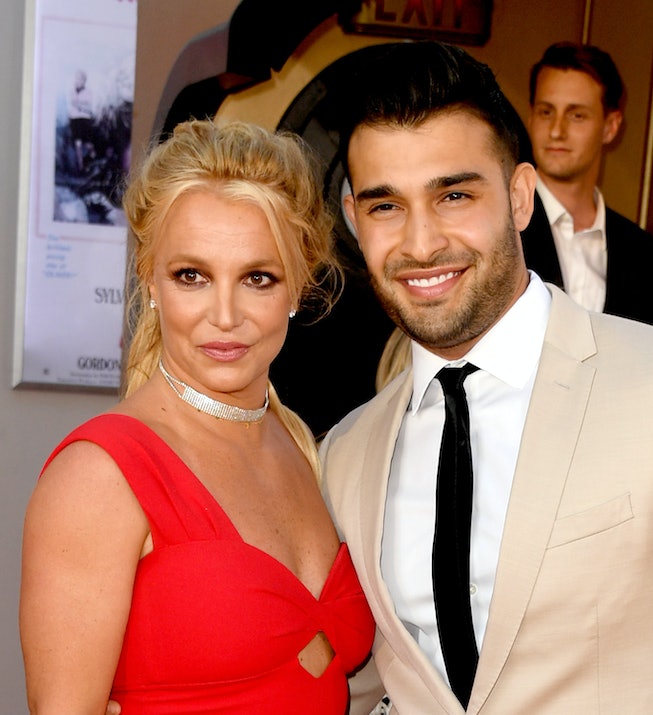 Two hours ahead of the MTV VMAs, Britney Spears announced her engagement to longtime boyfriend Sam Asghari on Instagram.

Spears and Asghari started dating after meeting on the set of her “Slumber Party” music video in 2016. Spears, 39, and Asghari, 27, shared the news in an Instagram video. “I can’t fucking believe it 💍💍💍💍💍💍❣️!!!!!!” Spears captioned the video of her showing off her ring and looking joyous.

Spears’ quest to end her conservatorship has taken a surprising turn, as her father Jamie recently agreed to step aside. After 13 years, Spears may soon have the ability to make decisions about her own life again. Her engagement to Asghari appears to be a step in that direction.

In a statement to People, Asghari's manager Brandon Cohen said he is "proud to celebrate and confirm the engagement."

"The couple made their long-standing relationship official today and are deeply touched by the support, dedication and love expressed to them," Cohen said, adding that Spears' new ring was designed by New York-based jeweler Roman Malayev.