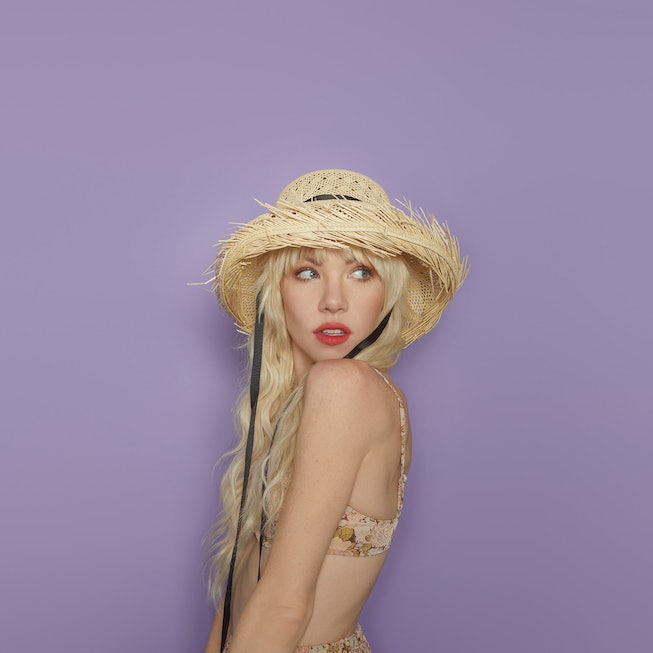 Acclaimed pop powerhouse Carly Rae Jepsen is making her return. After years of teasing, the beloved Canadian singer and songwriter has finally formally announced her fifth studio album, The Loneliest Time, out fall 2022 via 604/Schoolboy/Interscope Records.

Announced on August 2, the record will be the singer’s first new collection of songs since 2019’s Dedicated. That album, a continuation of the effervescent, disco-influenced sound that she established with Emotion, solidified her as one of modern music’s most skilled writers — and it looks like she’s vying to prove that distinction again with her forthcoming project.

Hailed as being her “most introspective work to date” in a press release, The Loneliest Time will mark a distinct turn in Jepsen’s discography as she launches into her lonely pop era, ruminating on bluer and heavier themes like longing and sadness. A robust team of producers and musicians are involved on the project, including former Vampire Weekend founder Rostam Batmanglij, Tavish Growe, Bullion, Captain Cuts, John Hill, Kyle Shearer, and Alex Hope.

It’s been a long time coming for Jepsen (and Jepsen hive) who’s been teasing the project since as early as 2020. Earlier this month, the singer announced her fall 2022 tour, The So Nice Tour, which will have her on the road for a series of live shows before and after her album releases.

Read on for everything we know so far about Jepsen’s The Loneliest Time, including its singles, release date, track list, themes, and the singer’s upcoming tour dates.

On Oct. 7, Carly Rae Jepsen shared the title track of the record featuring Rufus Wainwright. The disco-inflected song is a welcome return to what Jepsen is great at: making swooning, danceable pop that inflames the romantic within you.

“The Loneliest Time,” despite its title, is just that: full of delectable and lush disco orchestration and an emphatic spoken-word bridge by Jepsen that will make you believe in love again: “I’m coming back for you, baby,” she exclaims with such starry-eyed exuberance the line could serve as a closer to any of the greatest rom coms of film history. Wainwright and his wavering, charismatic vocals serve as a great supporting character throughout the song. It’s definitely making us anticipate the music video, which will be released Tuesday, Oct. 11.

The Loneliest Time tracklisting and singles

Jepsen has shared two pre-album singles, the first being “Western Wind.” The breezy, shimmering track, released back in May, is confirmed to be the album’s lead single and may provide a hint to the sonic direction of Jepsen’s upcoming project. With its muted but still effervescent pop palette and intimate lyrics, it’s a notable introspective turn for the artist.

On August 5, Jepsen released the album’s second single, “Beach House,” a saucy, beachside number that pokes fun at toxic past suitors and their big red flags. “Boy #2 had a beautiful face/ Highly agreed to go back to his place/ His wife really had some impeccable taste,” Jepsen sings on one of its funky, tongue-in-cheek verses. Hear it below.

As its title suggests, loneliness will be the predominant theme Jepsen will be exploring on her new album. Announcing the project on Twitter, Jepsen explained her fascination with the emotion. “I’m quite fascinated by loneliness. It can be really beautiful when you turn it over and look at it. Just like love, it can cause some extreme human reactions,” she wrote.

Judging from a teaser video that the musician also released, the album will explore many facets of loneliness, including its symbolism through the moon, and the adjacent emotions that can be churned up alongside its wake including longing, hopefulness, sadness, and romance. “The moon is not just for lovers, it is for any lonely soul that longs for something more. The moon contains all of our secrets,” Jepsen can be heard saying on the video. “It’s a reminder to us in its constancy that even when we are having the loneliest times, we are never really alone.” In the video, as the animated moon slowly turns into a disco ball, it’s also surefire confirmation that these songs, though about loneliness, will also keep the dancefloor in mind.

As for the backstory of why Jepsen decided to focus on loneliness for the album, one answer might be found in a past comment she made back in 2020. At the peak of lockdown, the singer appeared on podcast Switched On Pop and revealed that she secretly recorded a quarantine album.

“We had to do it around Zoom and things like that, so it’s been like a challenge but a really fun one,” she said at the time. “You have more time to have space in between the decision you're making and more time to kind of be away from the song for a minute, so I find it to be a whole new style of going at it, and I like it.”

Quarantine, loneliness — that all tracks. Of course, significant time has passed since Jepsen’s initial announcement so it’s likely the album has changed from its original form, but if you ask us, there’s little doubt that the pandemic spurred the beginnings of The Loneliest Time.

Ahead of The Loneliest Time’s release, Jepsen will be hitting the road to perform some of its songs for lucky fans to hear. Her Fall 2022 tour, The So Nice Tour, kicks off in late September.

On Sept. 22, the singer announced additional U.K. and Ireland dates for early 2023. Check out the updated schedule below.

This article was originally published on Aug. 2, 2022