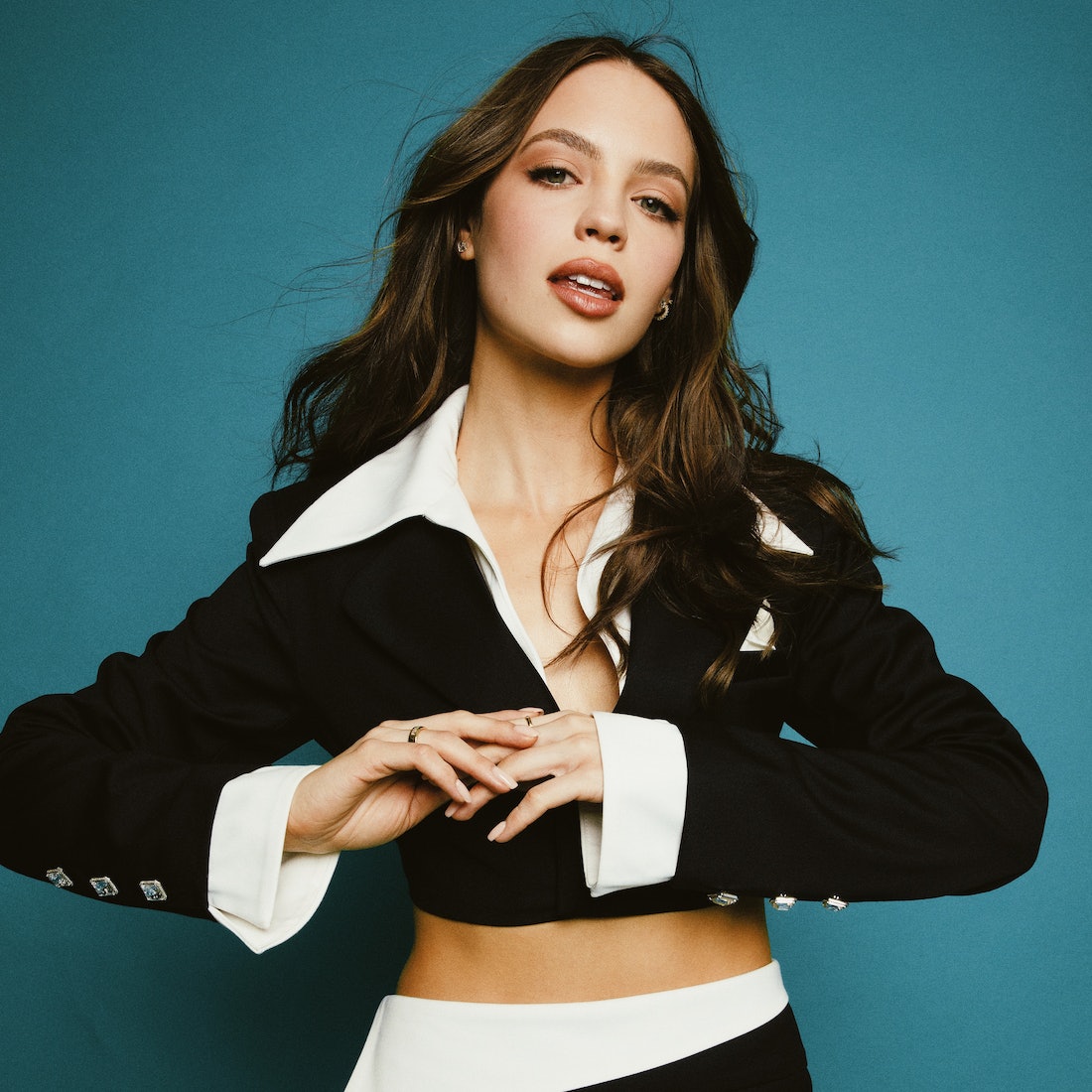 Claudia Sulewski On Her Film Debut, Social Media, and SXSW

Claudia Sulewski is no stranger to the red carpet. Sure, she’s been to the Grammys and the Oscars alongside longterm boyfriend Finneas, but this goes back further than that: all the way back in 2015, Sulewski was named Teen Vogue’s first ever YouTube host — a gig that required her to step into the interviewer position on countless red carpets. “ I was 18, and all these adults were trusting me with a microphone and a cameraman,” Sulewski says. “It was like, ‘Let's throw you on to this carpet, go.’” Sulewski, now 26, is recalling this over Zoom from her home in Los Angeles just mere days before what will be her biggest red carpet moment to date: the SXSW premiere of I Love My Dad, which also marks her film debut.

For Sulewski, who came to fame thanks to her popular YouTube channel as a teenager and still boasts 2.4 million subscribers to this day, acting was always the goal. “Do you remember A Walk to Remember with Mandy Moore?” she asks. “I just remember watching her play such a delicate but strong-willed character, and I was just like, ‘I want to do that.’” Then a shy, introverted kid, YouTube gave her a way to not only fulfill her need for a creative outlet on her own terms, but to also learn the ins and outs of the filming process, working as her own director, editor, makeup artist, lighting designer, et al. When she turned 18, having fully established herself on YouTube, she headed out to L.A. to finally pursue that initial dream.

Immediately, Sulewski knew she wanted to put in the work. She quickly booked a role on now cult-favorite Hulu series T@gged, which saw her filming in New Mexico and really learning the ins and outs of a set for the first time. “I had no idea how any of it works.” she recalls.” I sort of gathered bits and pieces of information just from everyone around me, and being like, ‘What are grips? What do they do?’" She loved every second of it, and was more determined than ever to make this dream a reality. “Shortly after, I signed with UTA, and I think I really consciously wanted to make sure that from that point on, I did everything right,” she says. “I started taking group classes, doing scene work, hiring a personal coach. I really wanted to be sure that I know what I'm doing.”

Then came the waiting game. Still, Sulewski was undeterred. “You work hard, and your job is to audition,” she says. “When you land a role, that is when you get to celebrate.” That celebration for Sulewski eventually came in the form of I Love My Dad, a comedy written and directed James Morosini and co-starring Patton Oswalt. The concept is simple, if wild: an estranged father reconnects with his adult son by catfishing him (and if that errs too much on the ‘wild’ side for you, it was actually based on Morosini’s real life experience). In the film, Sulewski plays Becca, a local waitress on whom Oswalt bases his own version of the perfect girl for his son, and then embodies online. It’s an absurdist comedy that sees Sulewski doing double duty as both the imagined, ‘perfect’ girl, and a very real, sweet, if jaded, stranger. “I wanted imaginary Becca to be sort of this enigma,” she says.”Imaginary Becca only exists because of Franklin, I really wanted to show this adoration and fascination with Franklin [played by Morosini, making it all very meta] in the way that I look at him because she would not exist without him It was a plan on ‘here is this girl that doesn't exist, but now she does, only because of him.’ On the other hand, we've got waitress Becca, who is very normal and polite, but uninterested and has no awareness of the emotional rollercoaster that this father and son are having.”

The film was shot over the course of six weeks last winter in Syracuse, New York. It was everything Sulewski had ever dreamed of. “I know everyone says this, but it really felt like camp,” she says. “There is this family dynamic, and that has been the most fulfilling thing for me because coming from YouTube, everything is independently done.

“Getting to work with a team of people where everyone's goal is the same thing, I live for that,” she says. “With social media, and in entertainment, generally, so much of that is all over the place, in terms of always thinking about what's next, what you have to post, and what you have to get footage of. Being able to just to set and only focus on I Love My Dad was great” For a star who has built her career on being herself, Sulewski is looking forward for fans to have a chance to see her not being her. “With YouTube and social media, and when you're looking at Instagram and photos are glammed up, that can feel very much like a persona. With my YouTube videos, I try to keep them as stripped back as possible, because I think what people gravitate towards is honesty and humility and vulnerability. I'm grateful to have always taken that approach, because I think that is what will make acting and YouTube feel so distinct from each other, if that makes sense. It will be very interesting to see people's reactions to seeing me in a light they're not used to. They feel that they know me so well, so that will just make it all that much more fun.”

Not that she’s against the glamor of it all in the right time and place — say, at the premiere of the film, where she arrived in a vintage Fall 2004 John Galliano dress. “I'm generally pretty scrappy,” she notes. “I often do my own glam, I figure out my outfits and I feel like I am just always passing for presentable. This was the time to just pull out all the stops.” It’s certainly a long way from her Teen Vogue days. “I recently randomly stumbled upon a selfie that I had with [Fifth Harmony],” she recalls. “I did a lot of red carpet stuff for young Hollywood parties, and it's been such a funny experience to now meet so many of the people that I interviewed. We just have to laugh about it. It's wild to be able to reflect on where life has taken me… Now there are actresses and actors that are either around my age, that I've looked up to and seen their careers unfold beautifully who come up to me, and say, ‘I grew up watching your videos.’... It’s so surreal.”