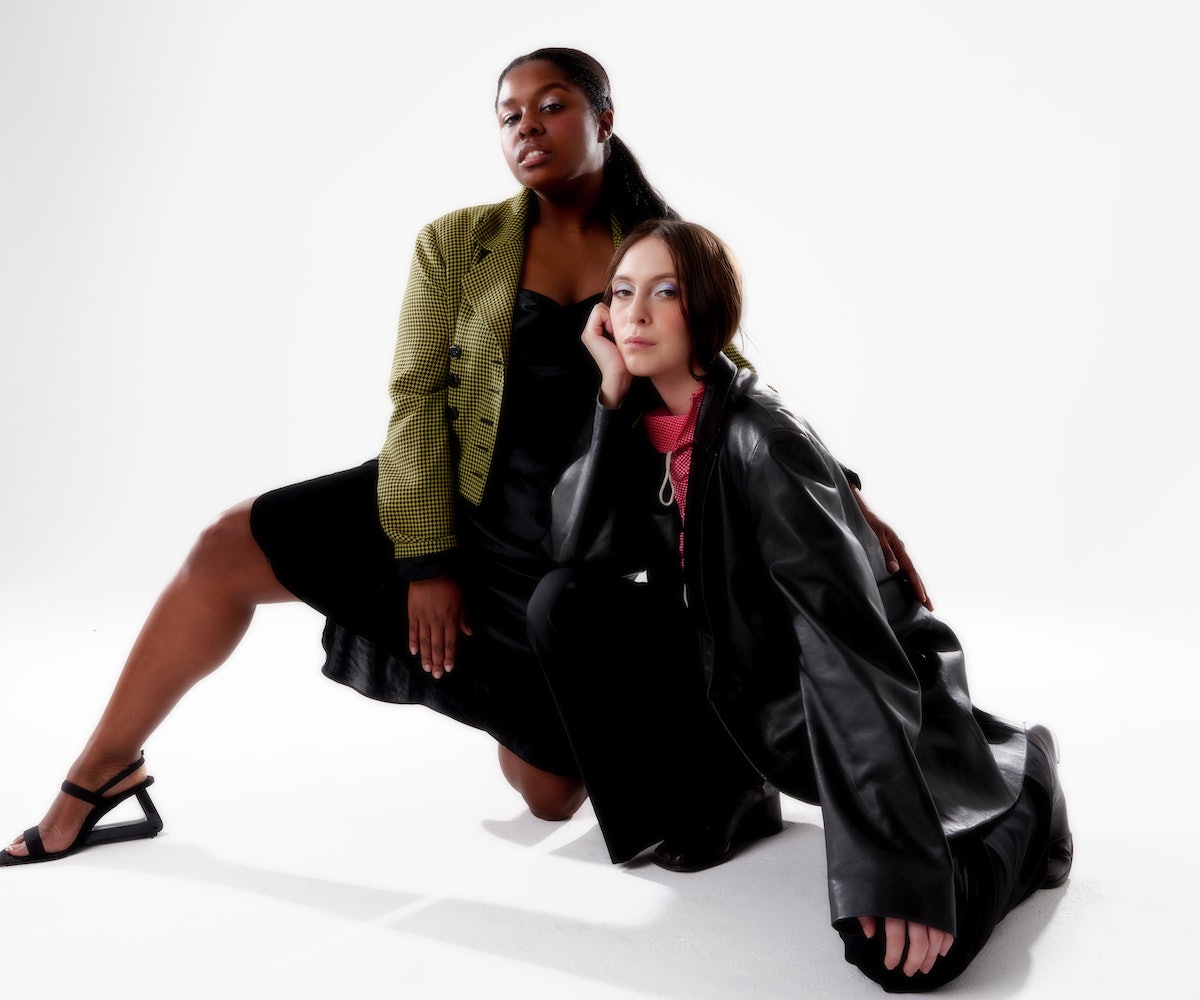 Atlanta-based duo Coco & Clair Clair make off-kilter pop tunes that are just as fun to listen to as it is saying their name (try repeating it five times fast). The two friends, Taylor Nave and Claire Toothill, hit their local scene back in 2017 and, over the years, have garnered the internet's attention with their oddball and whimsical hits about online life and real life struggles. "Sims 2," a standout from their 2018 project Posh, is a perfect bite of what one would be getting into: bright, arcade-esque beats and lyrics about playing Sims 2 alone in your bedroom.

It makes sense then that their latest song, "Wishy Washy," which NYLON premieres below, is a strange, whispery number about going shopping on your boyfriend's dime. It's all over a simple, bloopy beat that still manages to hit hard with lines like "Not my boyfriend but I let you take me shopping/ Buy me what I want, I want it all," as Clair Clair purrs on the hook. It's got the same charming appeal of, say, your first homemade craft — but obviously, and clearly, made by geniuses with great taste. In the accompanying video, the gals loiter in front of a laundromat that, fittingly, is called "Wishy Washy." That, kids, is what we call resourcefulness.

"In the beginning, 'Wishy Washy' was about being flimsy with your feelings or not knowing what you wanted out of a relationship," the duo writes via email. "But as we continued to work on it, it kind of turned into this anthem about being really confident in yourself and not needing anybody else to complete you. It’s about having your cake and eating it, and getting seconds. Girls are often so worried about how a guy feels about them, and with this song we are saying 'You know what, i’m the flip-flopper, and even though I can’t give you a straight answer on how I feel about you I will certainly spend all your money'."

Hear "Wishy Washy" below, and read on to learn a bit more about Coco & Clair Clair.

What came first, the song ‘Wishy Washy’ or the 'Wishy Washy’ laundromat in the music video?

Clair Clair: The song! The phrase randomly came to mind one day and we thought it would sound really nice as a lyric. That's usually how our songwriting process begins; we think of a word, phrase, or funny moment and go from there. Finding the laundromat was pure luck.

Coco: The day of shooting the video our manager found a laundromat with the same name as the song in Rome, Georgia. I wasn’t too thrilled about getting up early to drive an hour outside of Atlanta, but I’m glad we did it

What was the process for making the video?

Coco & Clair Clair: We’d been wanting to release a new video for a while and since we were both in Atlanta it seemed like the perfect time. Our manager picked us up and we drove first to the laundromat where we got most of the shots. Afterward, we moved to a studio in Atlanta which was probably our favorite part; a lot of what we do is pretty small scale or DIY, so whenever we get to work in professional spaces it feels really special. Of course, there was a lot of coffee and White Claw involved.

What was the last thing a boy bought you?