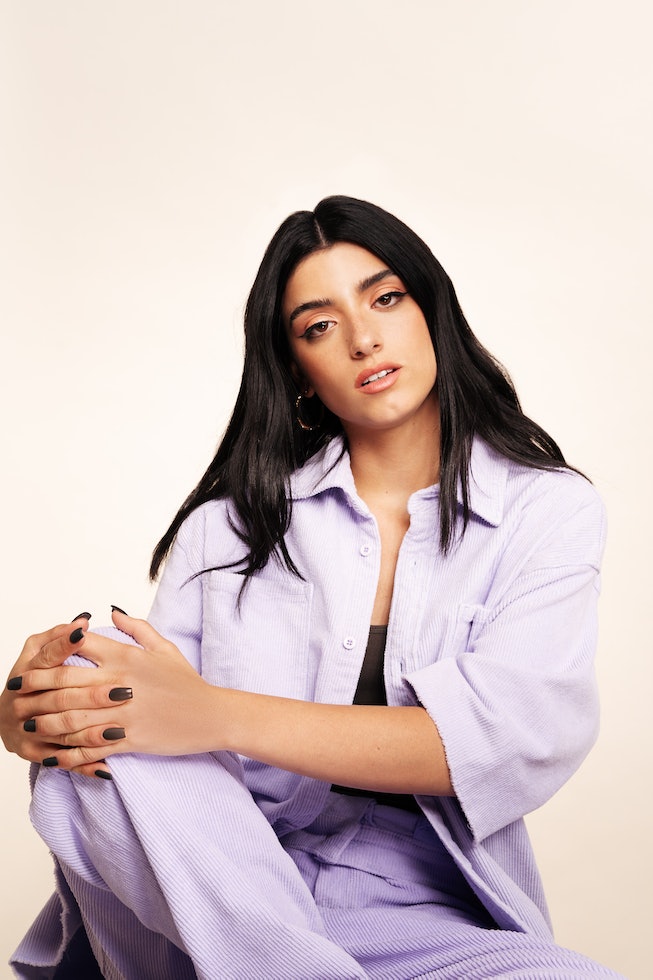 It seems the D'Amelio sisters can add one more thing onto their growing resumes: recording artist. Dixie D'Amelio, sister to Charli D'Amelio, dropped her first-ever single on Friday. Titled "Be Happy," the track is an upbeat, unassuming pop number that, if you listen closely, tackles a tough subject: feeling depressed. "Sun's up, I already wanna lay down/ Friends calling, are you really tryna go out?" D'Amelio sings over bright production.

D'Amelio first teased the song by posting an a capella rendition of it to her TikTok in early June. The snippet quickly crossed 16 million views and 125,000 comments in the first 24 hours, according to a press release. Encouraged by her audience's clear interest in the track, D'amelio, who had been in a "virtual studio" with producer Christian Medice (who's worked with artists like P!nk and Halsey), decided to drop the official song sooner rather than later.

“I felt connected to this song immediately," D'Amelio says of the song. "I wanted to share the honesty of this message with others, especially those around my own age. I remain so grateful for the people that surround me and the opportunities I’ve been given, but some days, as we all know, it’s not easy to be happy. My hope is that anyone who listens can be reminded that it’s okay to feel what we feel. It’s okay have a bad day. We all have them and you are not alone.”

D'Amelio's sister Charli shared the song onto her social media, writing: "i am so insanely proud of her so make sure you show her song lots of love!!!" Hear "Be Happy" in full, below.