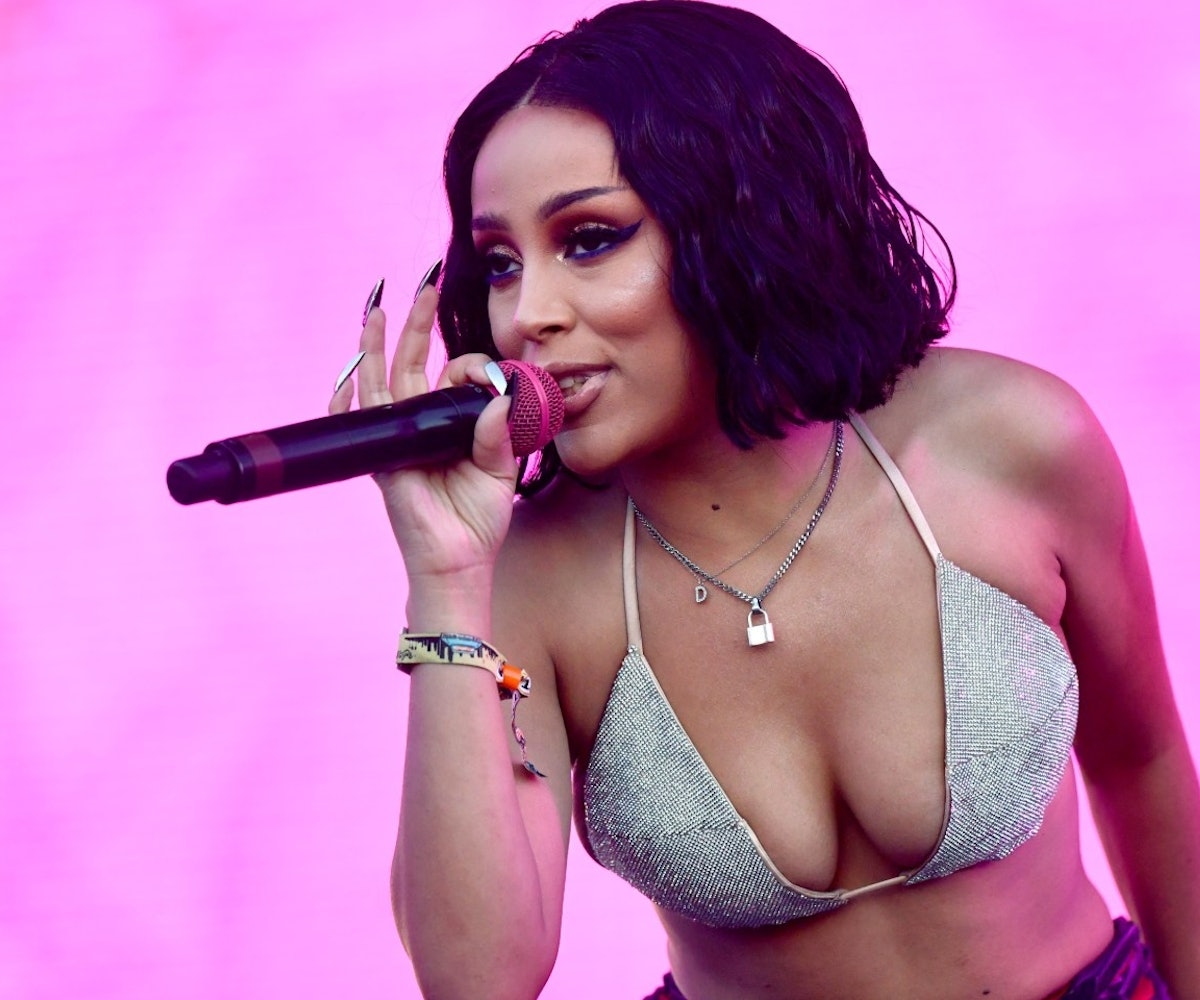 It's going to be a TikTok-themed spring. Doja Cat has announced the dates for her upcoming Hot Pink tour, and she'll be bringing Ashnikko along for the ride. Los Angeles-born raunch-rapper Big Klit will also be filling in on select dates.

Kicking off March 25 in Chicago, the tour will bring the "Say So" singer to multiple cities throughout the U.S. and Toronto in addition to her already-confirmed appearances at Coachella, Broccoli City Fest, Rolling Loud, the controversial Lovers & Friends, and other music festivals this summer.

Doja Cat released her sophomore record Hot Pink in November 2019, her first project since her viral hit "Mooo!" took over the internet in August 2018. The 12-song project saw Doja fully enter the pop mainstream with hits like "Juicy" and "Say So," the early-aughts inflected banger that went viral on TikTok, thanks to its infectious dance challenge, and the first single from the project to enter the Billboard Hot 100. Since then, Doja was featured on the star-studded Birds Of Prey soundtrack with her club-ready single "Boss Bitch."

With Ashnikko — the blue-haired rapper also of TikTok fame — tagging along for Doja's upcoming stint on the road, learning the moves to both of their dances will undoubtedly be a show requirement. Hot Pink tour tickets go on sale February 28 at 10am. See the full list of dates, below, and purchase yours on Doja Cat's website.