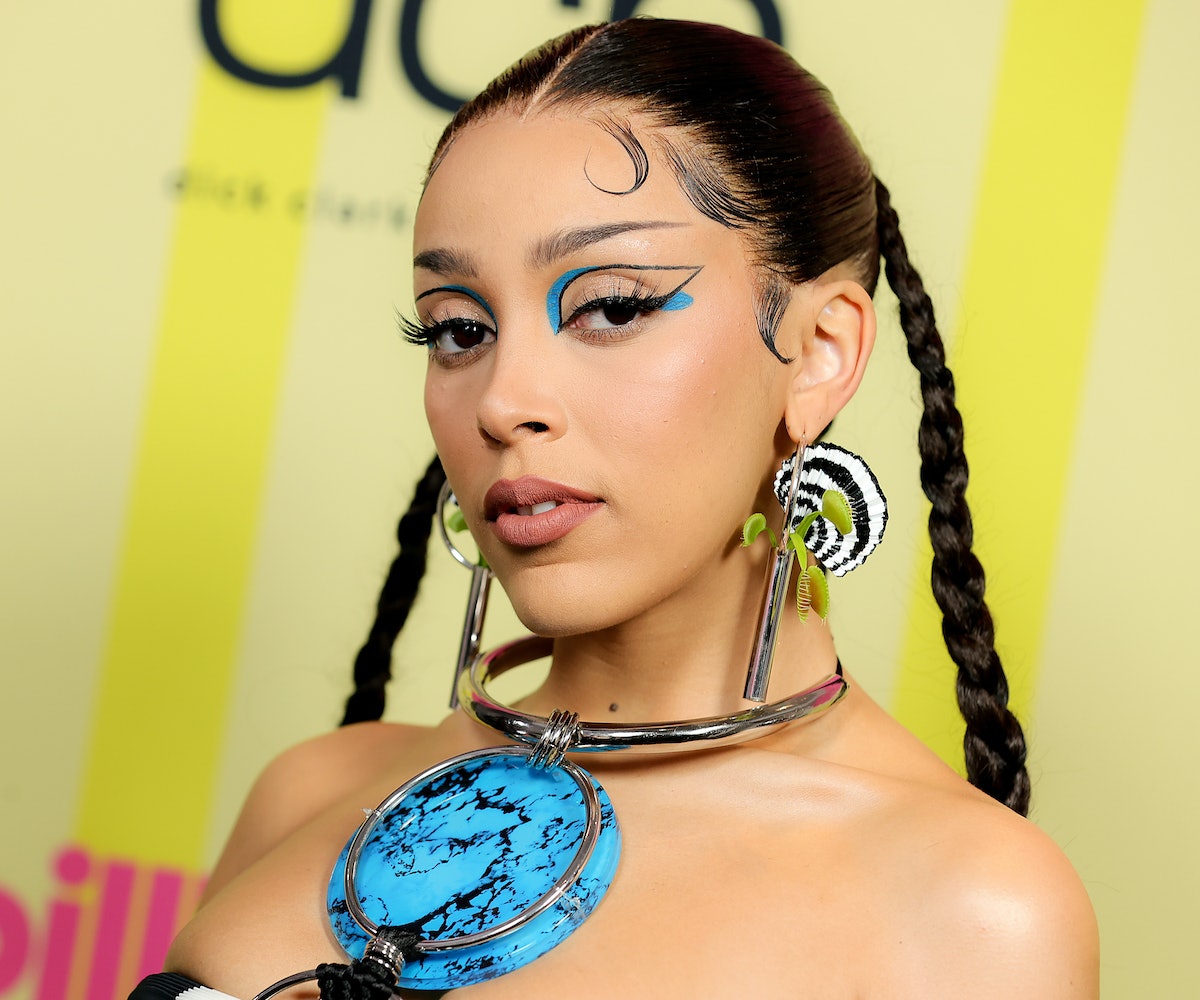 Doja Cat’s next era, ruled by all things space, is here. After months of teasing, the star has finally unveiled the all the details surrounding her highly anticipated and long-awaited third studio album, Planet Her, her first body of work since 2019’s Hot Pink.

The star has already released the first single from the project, “Kiss Me More,” her bubbly, make-out anthem which features SZA, and announced its next single “Need To Know,” arriving on Friday. But there’s plenty more where that came from, including multiple features from a slate of big name artists.

Below, here’s everything you ned to know about Doja Cat’s Planet Her, from its summer release date to features from both Ariana Grande and The Weeknd.

When is Planet Her being released?

Planet Her is out June 25, 2021. It’ll be released jointly on RCA Records and Kemosabe Records, the label founded by disgraced pop producer Dr. Luke.

The album cover, which Doja Cat unveiled on her social media on Thursday morning, fully leans into its spacey themes as it depicts the pop star floating amidst the cosmos — it’s unclear where the rocky terrain of Planet Her begins and space ends.

Who’s featured on Planet Her?

As Doja teased earlier this year, Planet Her boasts a slew of big star features. Ariana Grande, rappers Young Thug and JID, and SZA are all cited as features on the album, while The Weeknd shares a joint song credit with Doja for the track “You Right.”

What are the themes of Planet Her?

Though the self-proclaimed internet troll has teased her fair share of fake album singles and dubious intel, she’s been pretty mum on what the album will actual tackle in terms of themes.

In a recent Billboard cover story, Doja Cat’s Creative Director Brett Nelson revealed that the star wanted the record to feel “space age,” with an image of futurism that feels fresh.

“We don’t know what our actual future holds, so we are making what Doja Cat’s future is. It doesn’t feel like we’re paying homage to something; it doesn’t seem like we’re on the same Pinterest board as everyone else,” Nelson told Billboard.

For Doja Cat, the record is an opportunity to show the world what her version of a pop star looks like, instead of an emulation of what its already looked like.

“I think in the beginning, I was just trying to be solid and be what a pop artist already was: what I’d seen on TV and what I thought was the right thing to do,” she told Billboard. “But as I move on into this Planet Her era, I want to introduce things to people as opposed to just re-create and rehash. It’s just more inspiring to start from a more innovative spot.”

At the end of the day, it seems the album will be a win for all the weird kids and goof balls out there: “It’s important that they know they have a lane,” she says.

NEXT UP
Entertainment
Caroline Polachek Announces Album ‘Desire, I Want To Turn Into You’
Entertainment
Everything We Know About SZA's New Album
Entertainment
TikTok's Wednesday Dance Trend Is Giving '80s Band The Cramps A Second Life
Entertainment
The 20 Best K-Pop Releases Of 2022