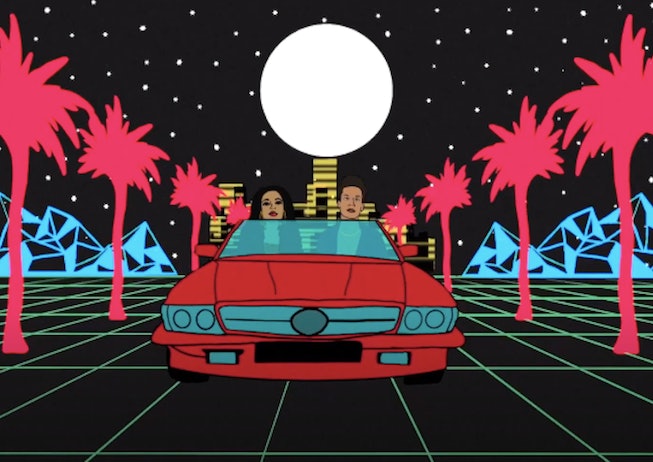 Sometimes the best partnerships are the most unexpected. When Drew Ray Tanner and Vanessa Morgan met on the set of The CW's runaway hit series, Riverdale, they immediately bonded over their deep love of music. Both actors began performing at a young age, with Morgan singing classic ballads at weddings at the age of 5 and Tanner honing his songwriting and producing skills in his teens, forming a rap group with his best friend. Together, their combined talents have found perfect balance under the band name These Girls These Boys.

Their first debut single, titled "Sleep When I'm Dead," was written in the summer of 2019 and is the first of six songs that they are planning to release as an EP later this year. It premieres below, along with a video they made in quarantine with musician and visual artist Rob Fidel, who hand drew the animated video frame by frame, giving it its old school, psychedelic vibe.

"'Sleep When I'm Dead' was inspired by grabbing your friends and holding them close, living every moment like it’s your last and having the time of your life while you still can,” Morgan and Tanner told NYLON over email.

Watch "Sleep When I'm Dead" and stay tuned for more music from These Girls These Boys.