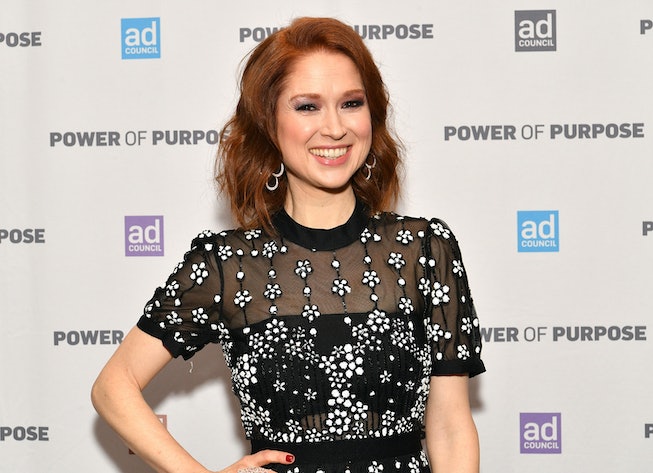 Last week, Ellie Kemper of The Office and The Unbreakable Kimmy Schmidt found herself in hot water after her participation in a debutante ball as a teenager surfaced online.

Kemper was crowned the “Queen of Love and Beauty” at the Veiled Prophet Ball in 1999, when Kemper was 19 and a freshman at Princeton. The organization is based in Missouri, and founded in 1878 by former Confederate officers.

Per Vulture, the organization started as a method of maintaining “class control,” according to historians. “The ball was aimed at reassuring the city’s elite of their exclusive status,” wrote a St. Louis Post-Dispatch columnist in 2004.

As the news came to light, Missourians recalled stories online about the organization’s ongoing issues with classism and racism.

“The century-old organization that hosted the debutante ball had an unquestionably racist, sexist, and elitist past,” she wrote on Instagram. “I was not aware of this history at the time, but ignorance is no excuse. I was old enough to have educated myself before getting involved.”

She added, “I unequivocally deplore, denounce, and reject white supremacy. At the same time, I acknowledge that because of my race and privilege, I am the beneficiary of a system that has dispensed unequal justice and unequal rewards.

There is a very natural temptation, when you become the subject of internet criticism, to tell yourself that your detractors are all wrong. But at some point last week, I realized that a lot of the forces behind the criticism are forces that I’ve spent my life supporting and agreeing with.”

Kemper’s Unbreakable Kimmy Schmidt co-star, Tituss Burgess, lent his support, reposting her apology on his own Instagram with the caption, “I love my Ellie.” He added, “oh, & P.S. Next time, just ask me, I'll tell ya what to do."