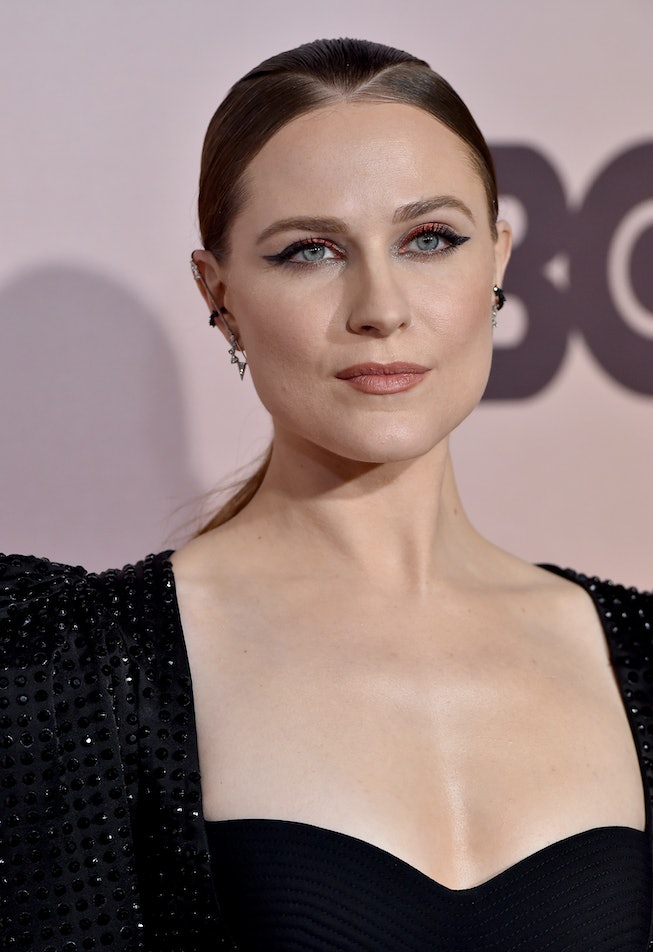 Evan Rachel Wood has spoken out in the past about her experiences with domestic violence and abuse, even testifying before Congress in 2018 in favor of the Sexual Assault Survivors’ Bill of Rights, and a second time in California in support of a similar bill. Though there was speculation that her alleged abuser was ex Marilyn Manson (legal name Brian Warner), Wood had never named him, until now.

In a brief but powerful Instagram post Monday morning, Wood wrote: “The name of my abuser is Brian Warner, also known to the world as Marilyn Manson. He started grooming me when I was a teenager and horrifically abused me for years. I was brainwashed and manipulated into submission. I am done living in fear of retaliation, slander, or blackmail. I am here to expose this dangerous man and call out the many industries that have enabled him, before he ruins any more lives. I stand with the many victims who will no longer be silent.”

Wood and Warner were engaged in 2010 before splitting; she's said that she met Warner when she was 18, and he was 36. In 2018, when she testified for the first time before a House Judiciary Subcommittee in support of passing the Sexual Assault Survivors Bill Of Rights in all 50 states, Wood detailed the alleged abuse: “My experience with domestic violence was this: toxic mental, physical and sexual abuse which started slow but escalated over time, including threats against my life, severe gaslighting and brainwashing, waking up to the man that claimed to love me raping what he believed to be my unconscious body."

The same year, a police report was filed against Warner for sexual crimes that allegedly happened in 2011, but the Los Angeles District Attorney's office declined to pursue the case due to a lack of evidence. Warner's attorney denied all claims at the time. NYLON has reached out to reps for Warner for comment.

Since Wood posted on Instagram, at least three other women have also come forward with allegations against Warner. Their accounts describe a similar pattern, in which they claim Warner would "love-bomb" them before "torturing" them, which allegedly included locking them in rooms, isolating them, forcing them to take drugs and other kinds of emotional and physical abuse.

“I was thrown up against a wall and he threatened to bash my face in with the baseball bat he was holding, for trying to get him to pick out a pair of pants prior to a music video,” model Sarah McNeilly wrote, adding, "I was told stories of others who tried to tell their story and their pets ended up dead."

Ashley Lindsay Morgan, who says she met Warner while she was working as a model in Thailand, also described “abuse, sexual violence, physical violence, and coercion," writing, “I know he is still doing this to a rotating door of young girls, and causing irreparable damage." At the end of her post, Morgan shared an email in which Warner suggested they make a "blood pact."

An artist named Gabriella wrote on Instagram that the second time she met Warner, when she was 22 and he was 46 in 2015, he “broke a wine glass in the hotel room and demanded we make a blood pact together.” She says their six-month relationship "quickly" devolved, and accused Warner of multiple instances of rape and other abuse. She left the relationship feeling "disoriented and shattered" after attempting to commit suicide.

“The reason I’m finally sharing this traumatic experience is for my healing and because I’m done being silent,” she wrote. “I don’t believe it’s fair for someone to not be held accountable for their horrific actions. I’m not a victim. I’m a survivor.”