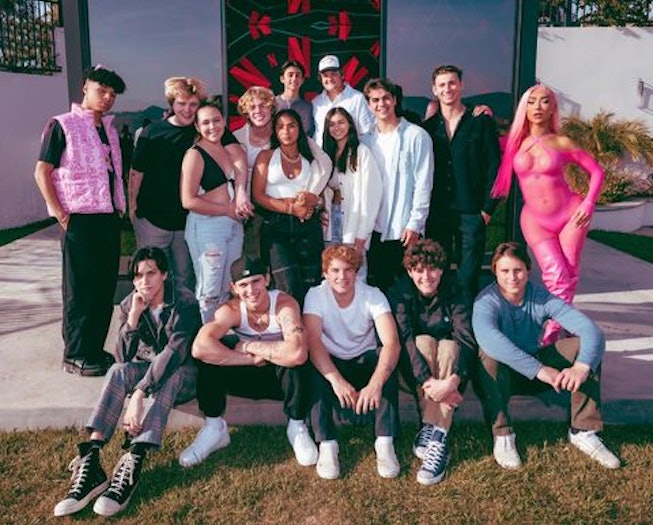 With the holidays in full swing and a long winter ahead of us, Netflix is doing what Netflix does best — delivering content. As we move towards a new year, the streamer has released an upcoming list of exciting films and series for subscribers to look forward to.

On January 7th, Netflix is finally releasing its highly-anticipated TikTok reality series Hype House. The show will follow a group of creators living in one mansion together, while trying to navigate personal relationships and internet stardom.

A couple of weeks later, Alyssa Milano is starring in Brazen, a romance thriller adapted from Nora Roberts novel Brazen Virtue. Things will continue to heat up on the 17th when the third film in the After franchise is released. According to the log-line, Tessa will make her “biggest decision yet.” What does that mean for her and Holden? We’ll just have to wait and see.

Archive 81 is another interesting release for the streamer. The horror series, adapted from a podcast fo the same name, follows an archivist who repaired damaged videotapes for a living. But when they uncover a forgotten investigation, they’re pulled into a twisted mystery.

Finally, on the 28th, Netflix is releasing their version of a classic suburban thriller. The Woman In The House Across The Street From The Girl In The Window, starring Kristen Bell, is a parody of everyone's favorite female led mysteries.

Keep reading for everything else coming to Netflix next month:

The Colony / Tides — sci-fi thriller following a space colony that sends an astronaut back to earth to see if the planet is viable, Netflix SVOD (subscription video on demand)

How I Fell in Love with a Gangster — Polish drama based on the life of a real gangster, Netflix Original

Archive 81 (Season 1) — Horror series loosely based on the podcast of the same name. The show will follow an archivist who repairs damaged videotapes, and uncovers a forgotten investigation, Netflix Original

Riverdance — Animated adventure movie about an Irish boy and Spanish girl who embark on a journey in a mythical world, Netflix Original

The House — Stop-motion anthology series about three stories in one home, Netflix Original

This Is Not a Comedy — A comedian gets a second chance in life when a friend asks him to be her sperm donor, Netflix Original

After We Fell — The third film in the After franchise follows Tessa as she’s tasked with making her biggest decision yet.

The Puppet Master: Hunting the Ultimate Conman — crime docuseries that follows a conman convicted in 2005 of stealing from victims while masquerading as a British spy.

Too Hot To Handle (Season 3) — new season of the reality series where a group of singles is forced to remain celibate in order to win a cash prize, Netflix Original

The Royal Treatment — romance movie about a prince falling in love with a salon owner, Netflix Original

Munich: The Edge of War - adaptation of Robert Harris novel set in 1938 that follows Europe on the brink of war

Ozark (Season 4, Part 1) — the first half of Ozark’s final season

In From the Cold (Season 1) — Crime thriller about a mom forced to choose between returning to her career as bio-engineered Russian agent and putting her family in harm's way.

The Orbital Children (Season 1) — Sci-fi anime series set in the future where AI’s have advanced and humans can easily travel to space, Netflix Original

The Woman In The House Across The Street From The Girl In The Window (Season 1) — A parody of popular mystery-thrillers, Netflix Original