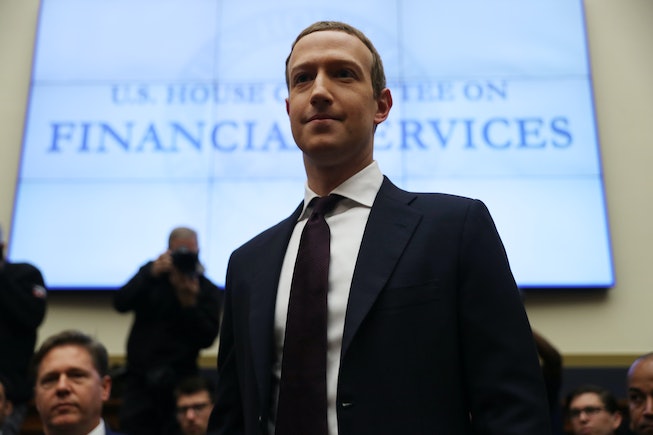 Mark Zuckerberg has a new idea for the internet. It’s a bigger, virtual-reality infused, hyper-connected internet that draws inspiration from a dystopian novel. Yes, you read that correctly, the concept literally came from a book about what not to do to society.

The tech tycoon announced earlier today that Facebook — the company, not the social media platform — is rebranding to Meta, a larger LLC focused on building a virtual reality driven future. According to reporting from The Verge “Meta” was adapted from Neal Stephens 1992 cautionary tale, Snow Crash, where people disassociate from the real-world to engage in virtual reality instead.

Stephen's novel ends badly, but Zuckberg’s not planning for that to happen. Instead of facilitating a dark existence where people don’t care to connect in real life, he’s aiming for Meta to be the connective tissue we’ve long lived without. A “utopia” of sorts. Alex Heath, a journalist from The Verge, explained following a conversation with Zuckerberg that if all goes well, one day we could show up in a virtual space as an avatar-version of ourselves or visit friends around the world as a digital hologram. There’s also, of course, opportunity for crypto-currency and NFT’s as well. Anything’s possible in the meta-verse!

While speaking to Heath, Zuckerberg explained that in the next decade he believes most people will spend time in an “immersive, 3D version of the internet,” that expands past Meta’s hardware to incorporate other new-aged devices. They’re currently working on two meta-accessories. First up is a “mixed-reality” headset that combines virtual graphics with real-world colors, and incorporates face and eye tracking to create hyper-realistic avatars. Next is a pair of AR glasses — designed to look like normal specs — that Zuckerberg believes have the potential to be as popular as a cellphone. While wearing them, the glasses will project digital overlays over the world around you.

To put it simply, Facebook is out. Meta is in. Though the social network company will remain available, Zuckerberg is shifting his focus to the Metaverse. He’s reportedly already spent 10 billion on its development.

“People think of us as a social media company, but the way we think about ourselves is that we’re a technology company that builds technology to help people connect with each other,” he said to Heath. “We think that makes us different from other companies because everyone else is trying to work on how people interact with technology, where as we build technologies so that people can interact with each other.”

Will the Metaverse completely upend society, or will it, like Facebook, eventually morph into a cheugy platform that only our parents use? Only time will tell.