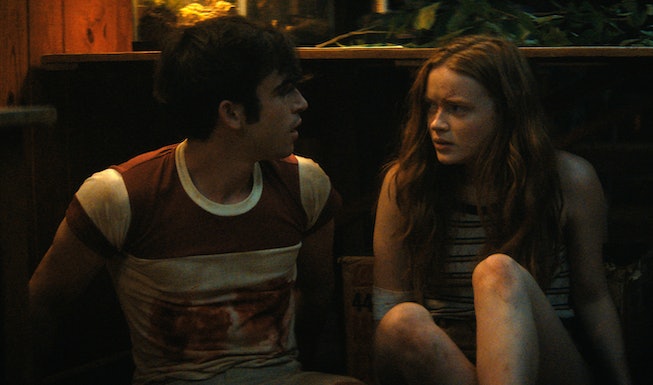 Fans of Netflix’s new, critically acclaimed horror trilogy, Fear Street, are gearing up for the release of its third installment. The riveting franchise takes place in the fictional town of Shadyside, Ohio and follows a circle of teenage friends who “accidentally encounter the ancient evil responsible for a series of brutal murders that have plagued their town for over 300 years.”

The trio of movies are based on a book series of the same name, written by iconic Goosebumps author R.L Stine. However, the films — which draw inspiration from classic thrillers like Scream and Halloween — were co-written and directed by Leigh Janiak.

Janiak’s iteration evokes the same dark yet alluring tone as its influences, but with a modern twist. With jump scares, queer romance, funny one-liners, and a town with seemingly no parents — Fear Street has shaped-up to be the perfect summer horror flick.

Over the span of three films set in 1994, 1978, and 1666, protagonist Deena Johnson fights against an evil witch named Sarah Fier to save her town and — most importantly — her girlfriend. In the first film, Johnson and her friends get hunted down after disrupting Fier’s grave. The second movie provides a potential solution for Johnson after speaking with Ziggy Berman, a town legend who lived through a gruesome night at Camp Nightwing. The third film is expected to round out the series with a retelling of the town's brutal, colonial, beginnings.

Ahead of the movie’s release, here’s everything we know about Fear Street’s final chapter:

What will Fear Street Part Three:1666 be about?

This film will explain Fier's vendetta against Shadyside, as a new league of characters try to survive the night.

Per the synopsis, it takes place in 1666 after a colony undergoes a “hysterical witch-hunt that has deadly consequences for centuries to come.” We learn that Fier was captured and executed during that battle, but managed to cheat a meeting with the afterlife by cutting her hand off and burying it in Shadyside — maintaining her grip on the town for centuries to come.

Now Deena, tethered to Fier’s spirit, is thrust into 1666 to learn her story. Meanwhile, her friends remain in 1994, fighting to save the town once and for all.

Which characters will return for Fear Street Part Three?

Fear Street Part Three: 1666 brings back the main cast from the first two movies, but as different characters.

The ensemble will take on different roles in “present day” 1994. Janiak said that this allowed her to play with the time jumps between each movie.

“One of the appealing things for me as a filmmaker was being able to see generational mistakes and history repeating itself, and how these characters could atone for their past, or what they thought were their sins to atone for," she said.

We can expect to see Kiana Madeira continue her role as Deena Johnson, alongside Giillian Jacobs who plays Constance Berman, but the rest is a surprise!

Thanks to Netflix’s quick rollout strategy, Fear Street Part Three: 1666 will appropriately be released on July 16. In the meantime, you can watch the trailer below:

NEXT UP
Culture
Succession Season 4 Trailer Explodes With Family Drama
Culture
The Biggest Revelations From The Price Of Glee Docuseries
Entertainment
See a First Look At Marisa Abela as Amy Winehouse In "Back to Black" Biopic
Culture
Loewe’s Howl's Moving Castle Collection Is An Anime Dream
Style + Culture, delivered straight to your inbox.